Countdown for the launch of Samsung’s next-generation smartwatch has officially started. After various rumors and countless back and forth, we have July 22 as the alleged release date; as it nears – we can expect more details of the watch to surface. From what we already know, courtesy some of the most credible speculations we have come across, the new smartwatch dubbed Samsung Galaxy Watch 3 is going to be a worthy successor to the first generation Galaxy Watch.

The upcoming smartwatch is second in line after the original Galaxy Watch – for some reason, the naming skips the numeric 2 and the watch is expected to be called the Galaxy Watch 3. Leaks have even hinted at Galaxy Watch3, “Watch3” with no space before the numeric, but the name seems unlikely because Samsung has not indulged in such a name before whether you consider the wearables, phones or tablets for that matter. 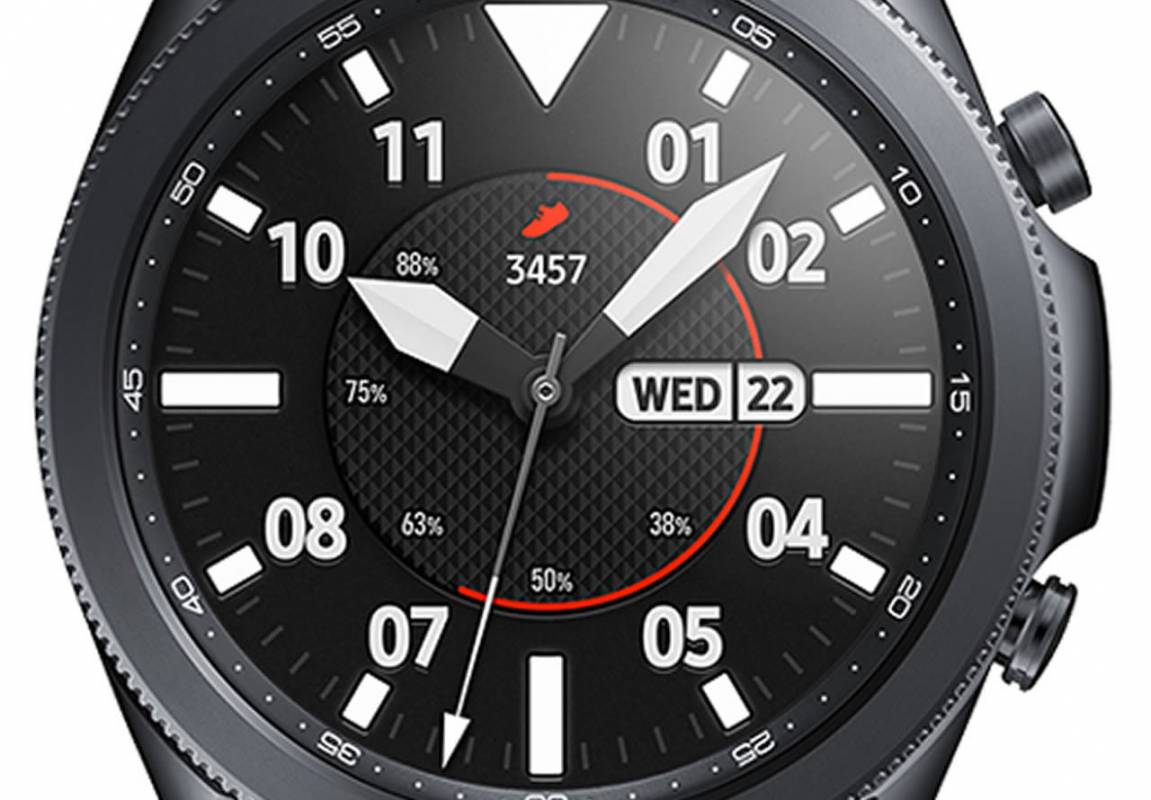 Previously, there has never been a definite data regarding the launch of the new smartwatch. Reports have hinted between July and August release – with rumors being strongest for launch alongside the Galaxy Note 20 and Galaxy Fold 2 – two highly anticipated smartphones – at the August 5 Unpacked. A recent tweet from credible leakster Evan Blass hints at July 22 as the expected release date for the watch.

Evan doesn’t mention the date outrightly, but the tech leaker divulges a picture of what is the rumored titanium model of the Galaxy Watch 3 with metal link bracelet. The date window on the render image shows date set at “Wednesday 22,” – likely Wednesday, July 22. A July date was predicted all the while but a certain date has been hinted upon for the first time. If this leak is to go by – the watch is going to make a public debut soon – when will the shipping begin, it’s anyone’s guess at the moment.

Galaxy Watch 3 is expected to arrive in two watch face sizes – 41mm and 45mm. The dimensions hint at a smaller form factor when compared to the original Galaxy Watch, which comes in 42mm and 46mm models. The Galaxy Watch 3 we learn is going to feature stainless steel and titanium variants and have Bluetooth and LTE connectivity.

There will be 9 distinct Galaxy Watch3 configurations:

The 41mm model of the smartwatch will support a 1.2-inch display and the 45mm variant will have 1.4-inch real estate to display the apps and everything the new Tizen OS will have to show. Despite the smaller case of the Galaxy Watch 3, its display size is insignificantly (0.1-inches) larger than what you’d find on the first Galaxy Watch.

Reports suggest the 41mm version of the Galaxy Watch 3 will come in bronze and gold colors, while the larger 45mm model will roll out in silver, black, and titanium case. Going by the sizes, connectivity options and color variations, we are probably looking at a total of nine smartwatch configurations that prospective buyers can lust after. Evan has listed all the different possible models of the Galaxy Watch 3 – take this with a pinch of salt though as the smartwatch is still awaited and there is no official confirmation. 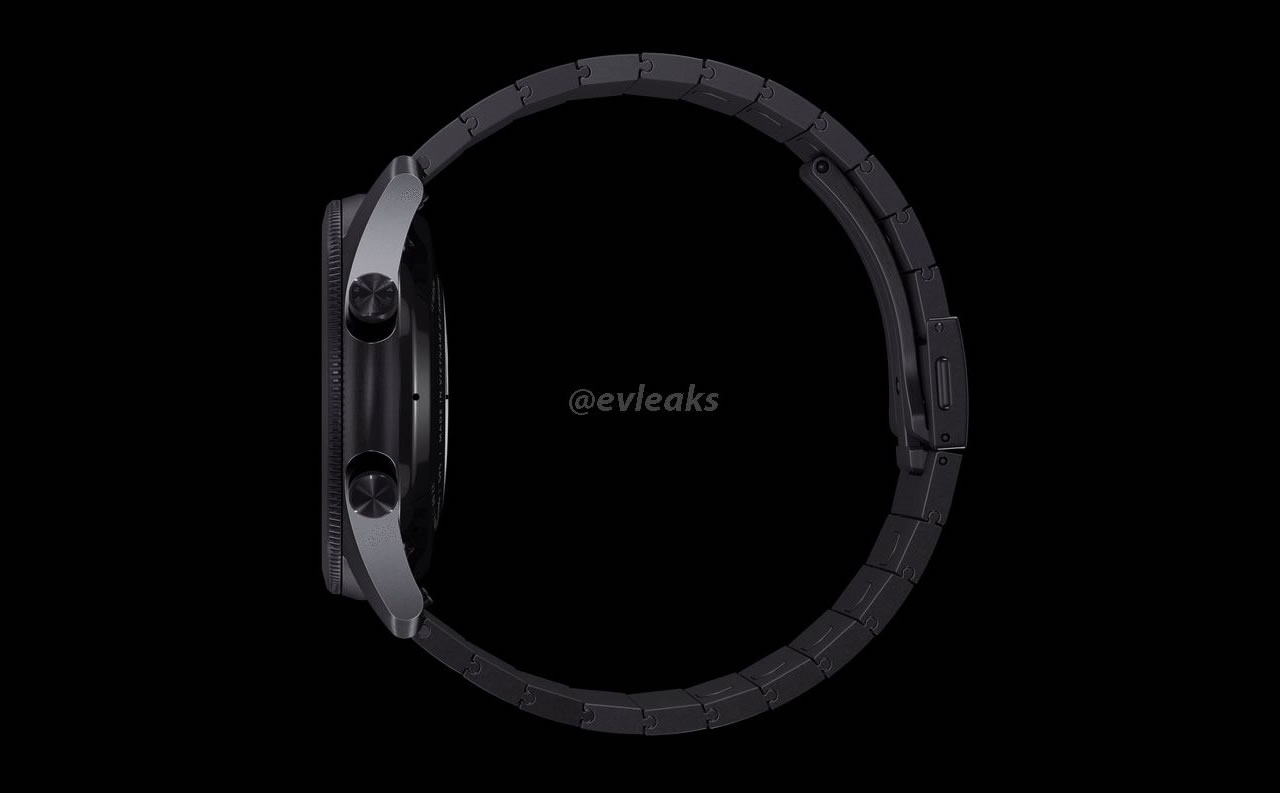 As revealed by Evans, only 45mm Galaxy Watch 3 model will come in black titanium look with Bluetooth connectivity. Titanium model will not be available in LTE option.

A 360-degree view of the alleged titanium model seen complete with a metal link bracelet suggests Samsung is planning to plunge into the mainstream watch design with this new look. This is because until now, Samsung and even other smartwatch manufacturers for that matter have stuck to either silicon or leather straps for their sporty watches – a metal link strap is a new idea but a welcome design thought. 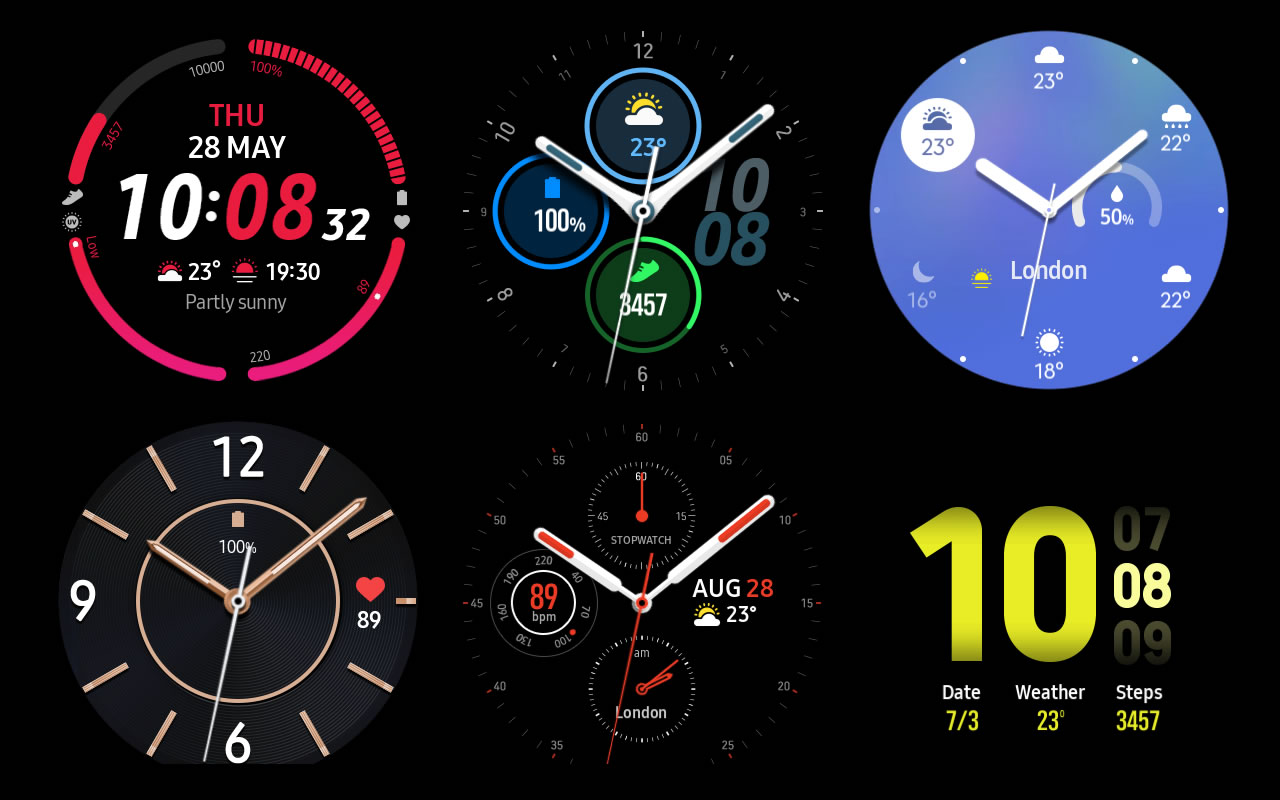 In spite of being in the Galaxy Watch bloodline and sharing similar DNA; Galaxy Watch 3 is likely to be pretty much the same as Galaxy Watch Active 2 in the fitness and health tracking prowess. Rumors have it that the watch will be equipped with heart rate monitor, support Electrocardiogram (ECG) sensor and will be capable of monitoring blood pressure. The ECG feature could be limited to certain markets only, as Samsung will require necessary approvals in some countries for the feature to work on its next-gen smartwatch.

For all this health tracking, the Galaxy Watch 3 will require a lot of power, juice and gigabytes of storage. Going by the reports, we expect the smartwatch to hit shelves with 1GB of RAM, 8GB of internal storage (about 3GB of which will be reserved for apps) and run Tizen OS 5.5 out of the box. The 41mm and 45mm variants of the Galaxy Watch 3 will feature 247 mAh and 340 mAh battery respectively.

According to him, the smartwatch is likely to have option for custom icons instead of generic app icons and could have Microsoft Outlook included to replace Samsung’s own email app. Galaxy Watch 3 could feature a speaker, an improved weather app, female cycling tracing, and a wide variety of watch faces for users to choose from.

The Galaxy Watch 3 will allegedly be one of the most expensive smartwatches. It is expected to start at about $400, with the price scaling up to almost $600 for the top model.

The price point is pretty exorbitant considering the Apple Watch 5 starts at $399. For a breather, this is just a projected tag, how much the Samsung Galaxy Watch will retail for later this year is something that will only be revealed with the announcement of the watch – likely to happen later this month.