A hands-on video of the Galaxy Watch 3 popped up on the Internet earlier this day, practically leaving no stone unturned. Of course, it was an unofficial unit that could still turn out to be far from reality. We can’t be sure about this latest set of images, either, allegedly press renders of the two Galaxy Watch 3 sizes coming our way. Given everything we’ve seen and heard so far, however, this pretty much closes the case, pending official pricing, of course.

The Galaxy Watch 3 will come in two sizes, that much is already known. Inside, they are pretty much the same, save for the larger 340 mAh battery inside the bigger 45mm model. The smaller 41mm model gets a measly 247 mAh power source instead.

Other than that, the two are practically identical, though Samsung, fortunately, gives us a telltale sign of which is which. Both have rotating bezels, as confirmed by the earlier video, but the Galaxy Watch 3 45mm has some teeth around it, very literally, while the smaller one’s ring is completely smooth. Unfortunately, you’re stuck with that design forever depending on which size you choose. 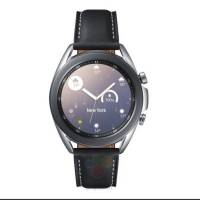 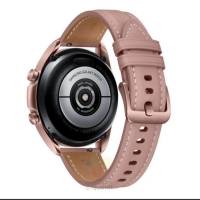 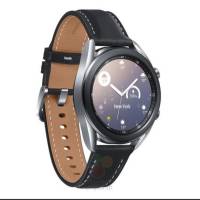 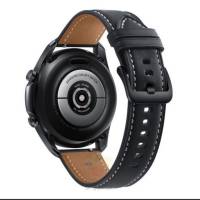 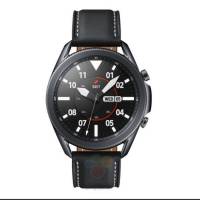 The Galaxy Watch 3 will bring all the features and innovations of past Galaxy Watches in one package, including the Galaxy Watch Active 2’s ECG feature. Curiously, WinFuture makes no mention of the still rare blood pressure monitor, also present in last year’s wearable. Other than those, the smartwatch will have all the activity tracking you’ll ever need or want, including those when you’re not active, like when you’re asleep.

Presuming each of the two have WiFi-only and LTE variants, we’re again looking at at least four Galaxy Watch 3 models and four Galaxy Watch 3 prices. Rumors are relatively silent on that one, but a $400 starting price is both unsurprising but also mildly disappointing. Samsung has a huge Unpacked event scheduled on August 5 but given how much the Galaxy Watch 3 and Galaxy Buds Live have already leaked, it might as well make that announcement this week.