Samsung’s latest flagships are so powerful you could almost use them as a portable PC. Actually, you already can if you don’t mind running Android in Samsung’s special DeX mode. But if you really wanted desktop applications, you’re mostly out of luck. Not unless you’re comfortable using Linux via Samsung’s still beta Linux on DeX. Fortunately, the company is now expanding support of that platform to its latest flagship smartphones and, surprisingly, its mid-range tablet as well.

To be clear, the Galaxy S9 and Galaxy S10 already have Samsung DeX. That’s Samsung’s desktop-like experience that kicks into gear when you plug in an external display. Despite how it looks, however, it’s still Android underneath.

What Linux on DeX offers is an experience closer to a real desktop, at least for those at home on Linux. It pretty much runs a full version Ubuntu via DeX, though one that’s been built for ARM. It’s intended primarily for developers so they can write software for phones directly on their phones but even advanced non-developer Linux users are finding it very useful.

Linux on DeX was initially made available only on two devices, the Galaxy Note 9 and the Galaxy Tab S4. An update to the Linux on DeX app reveals that all four Galaxy S10 models and the Galaxy S9 and S9+ are now supported. The requirement for the latter, however, is that they should be running Samsung One UI based on Android 9.0 Pie. 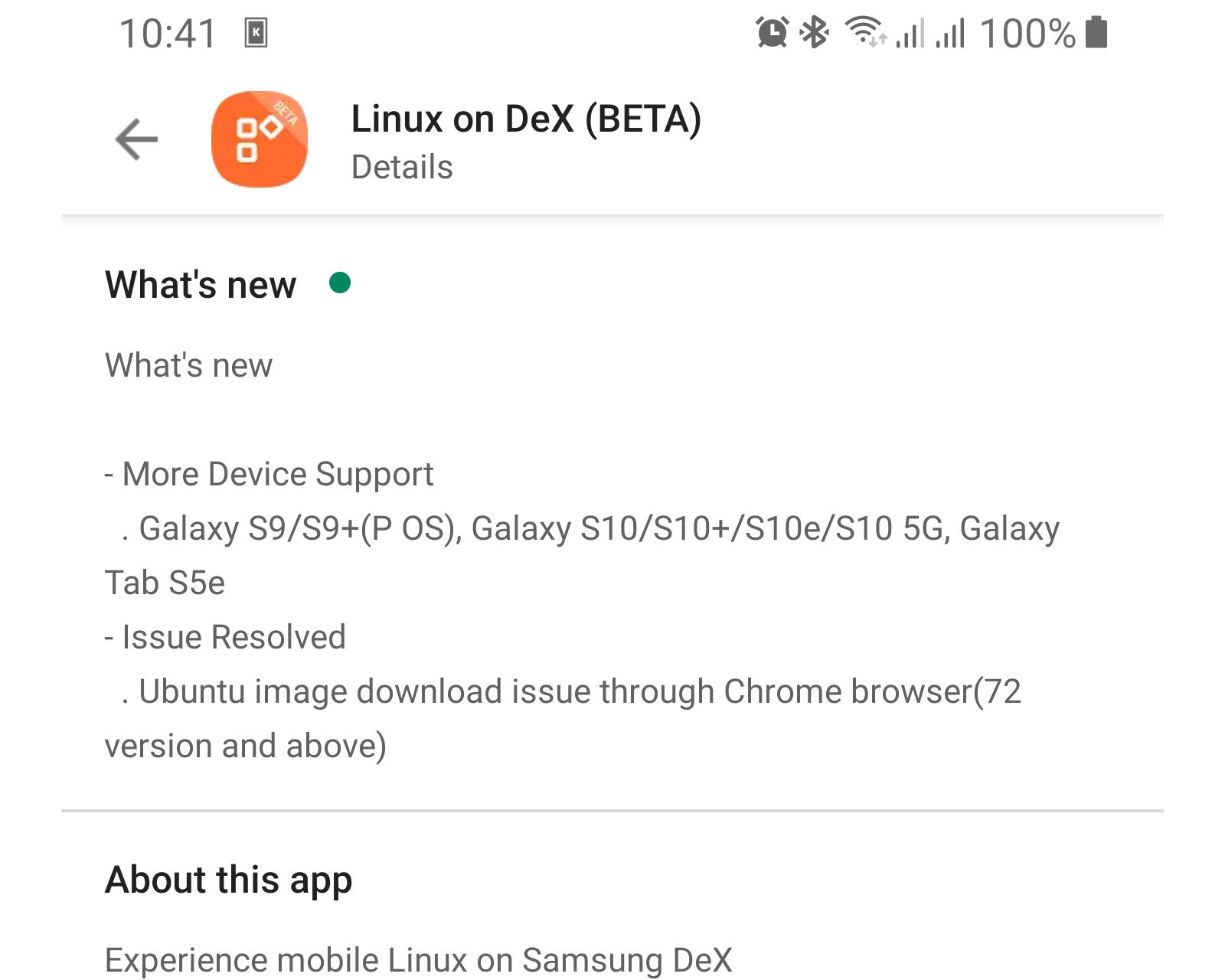 Slightly more surprising is that the Galaxy Tab S5e is also included in that list. Samsung had very high requirements for Linux on DeX but it seems that the mid-range tablet’s Qualcomm Snapdragon 675 processor and 4 or 6 GB of RAM is enough for it.