Just like any movie or TV show script, not everything planned gets into production and the final episode or film. Same is especially true with devices, with features that get left on the cutting board. Most of the time, however, those features vanish without a trace. To JerryRigEverything’s surprise, one such feature made it to the retail Galaxy S8. That feature is a “movable” front camera that hints that selfies would have become less blurry on Samsung’s flagship. That is, if it actually pushed through with it.

Image stabilization is very problematic for smartphones becomes of the terribly constrained spaces camera sensors have to operate in. Unlike Electronic Image Stabilization (EIS), which uses software to enhanced blurred images, Optical Image Stabilization or OIS uses moving mechanical parts to compensate for shaky hands. Because of that, sensors with OIS tend to be bulkier, but also better, than their non-OIS counterparts.

That may be a marginal problem with larger rear cameras, but it is definitely a design and engineering puzzle for front cams. Which is why so few advertise to have OIS for front cameras, and which is also why it’s interesting to see it on the Galaxy S8, when no such feature is advertised. Samsung may have abandoned the idea mid-way into development and decided to just leave it in. Maybe, in the future, it would be able to activate that via a firmware update. 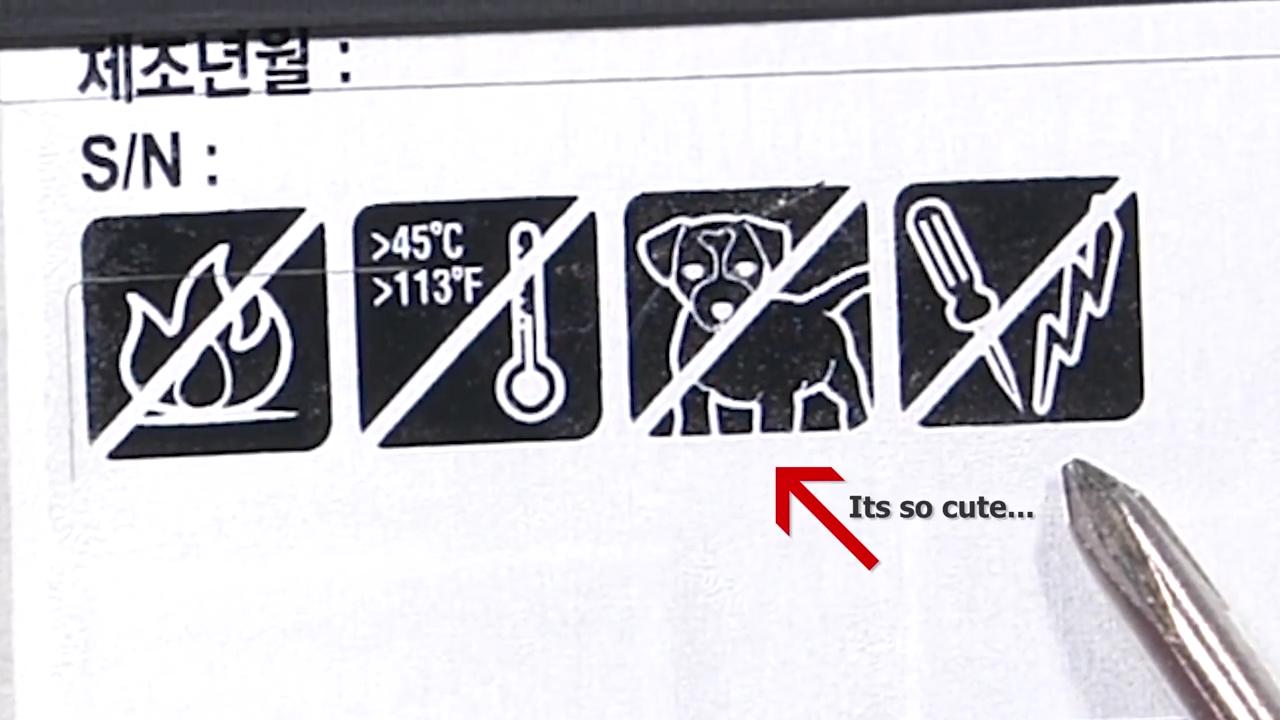 Another interesting discovery inside the Galaxy S8 isn’t entirely new but also not always noticed. The battery now has a “no dog” sign, in addition to the other warnings. Of course, this isn’t because Samsung is being biased against dogs but just a warning not to let dogs chew on the battery. It has the same effect as the “don’t puncture” warning, though with potentially more fatal consequences.