The build up to the launch of the Samsung Galaxy S7 smartphone is in full riot right now with leaks coming left and right. Most of the recent leaks have come by way of accessory manufacturers who have laid hands on dummy devices so that cases can be designed to launch alongside the S7 when the time comes. Today a new leak has surfaced and this time we get a glimpse at the claimed hardware thanks to AnTuTu Benchmarks.

The front camera is a 5MP unit with a 12MP rear snapper. The Snapdragon 820 is paired with 4GB of RAM and 64GB of storage in the model benchmarked. That’s all we know about the hardware for now. The smartphone is expected to go official at MWC in February. 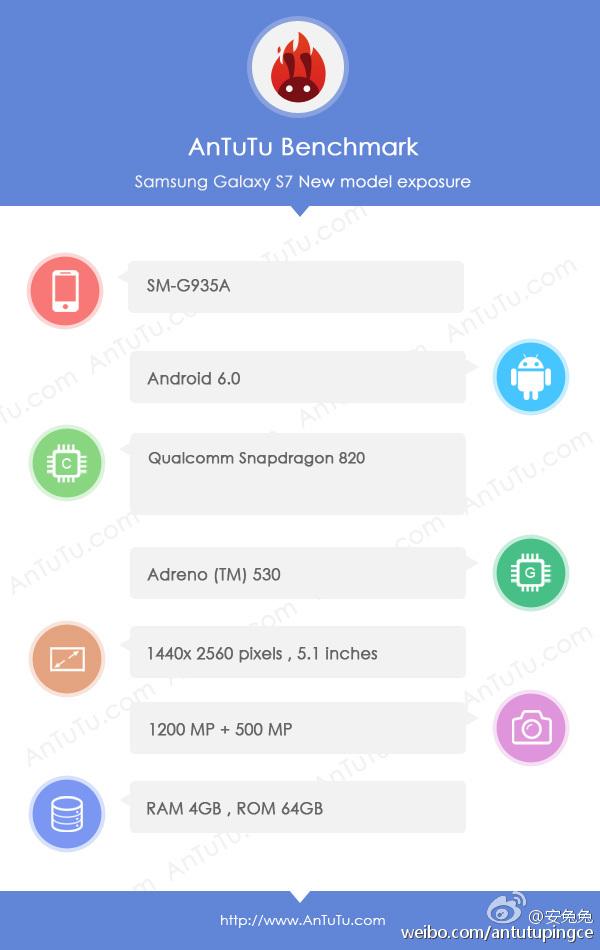 That’s not far off so if you are in the market for a new smartphone, you might want to wait and see what shakes out at MWC. Last week we did see some new renderings surface based on details from the supply chain.