Today DxOMark de-throned the topmost placed smartphone on their mobile smartphone camera ranking ladder. The Samsung Galaxy S7 edge now reigns supreme. Beating the Galaxy S6 Edge Plus and the Sony Xperia Z5 both by a single ranking point, The Galaxy S7 edge has the highest-yet score on this mobile phone camera ranking chart. OF IMPORTANT NOTE: This by default also means the Galaxy S7 (non-edge) should be on top of this chart, as both the non-Edge and the Edge both use the same camera hardware, processor, and software inside.

Over the past several months it’s become apparent that, now that many users trust DxOMark’s ranking of all cameras on phones, the winner will matter. That said – the results are showing how extremely similar each of these top devices is to one another. The un-trained eye can scarcely tell the difference. 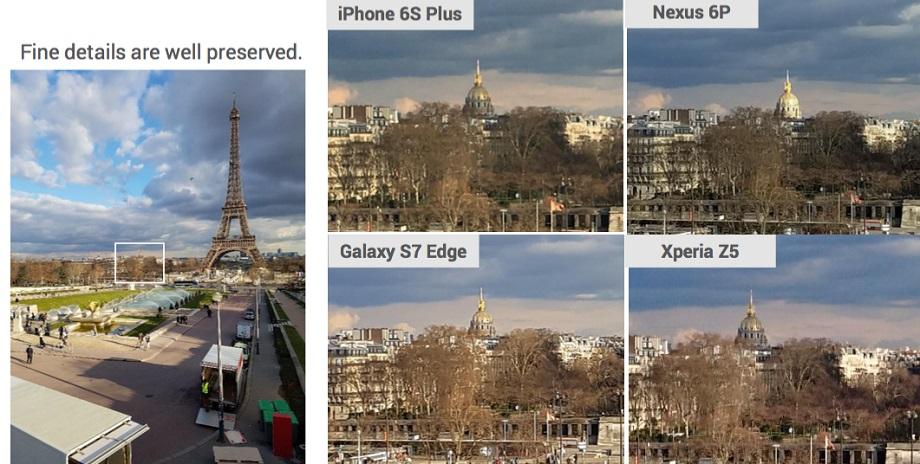 The only “cons” the ranking group gives to the Galaxy S7 Edge in their photography section is that “a warm/yellow cast is visible” when the device is “under a tungsten light source.” They’ve suggested that “ringing is visible” and that “in very high dynamic scenes, brightest tone parts are clipped / lose detail.”

Not too bad. Every one of their categories for ranking the Galaxy S7 Edge has the device scoring at least 79, with the highest rating (of a whopping 94) going to Autofocus – which is the perfect feature for the device to score highest in, of course. 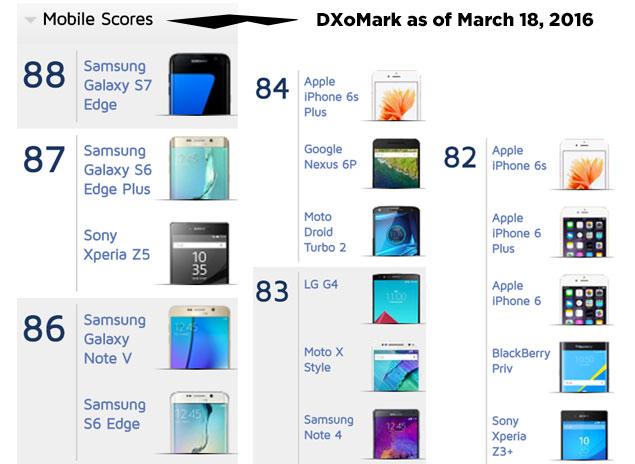 As for video, DxOMark says that the S7 Edge does have jitter artifacts visible in low-light, that loss of detail is “noticeable” in low light, and that color shading is “slightly noticeable in all conditions, particularly in low light.”

So don’t go filming in the dark expecting the best possible results. It’s not gonna happen. Everywhere else you’re going to find some fantastic video going on.