Now that we can call Samsung the edgiest smartphone maker on the planet, with their two curved-screen devices that tumble off the side of the device, it’s time to compare the two. Should you opt for the larger Note Edge, or is the Galaxy S6 Edge right for you? Two sloped sides, or one? It’s a tough question to answer, but if you’re slipping your credit card out to buy a Note Edge, you might want to wait. Then again, it might be your best bet.

Specs are one thing, but neither distances itself from the other wildly in that regard. In a larger sense, each edgy smartphone is nothing more than an iteration of its namesake device. A Note Edge is a slope-y Note 4; the Galaxy S6 Edge simply adds a bit of flavor to the Galaxy S6.

There are some obvious advantages the Note Edge has over the Galaxy S6 Edge. The larger screen will find favor with some, and the addition of a stylus is handy for the productive. In a review I wrote on our sister site Android Community, I was complimentary of Samsung’s weird new smartphone. 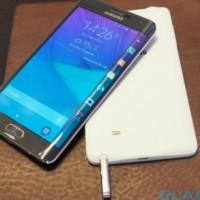 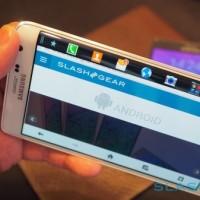 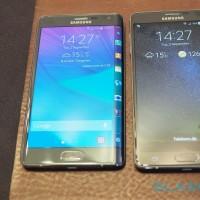 But day to day, I’m not a ‘Note’ kind of guy. I prefer a device that can be handled with one hand, so a Note-anything is not something I’d gravitate towards. If that’s you, a Galaxy S6 will automatically appeal to you.

Where the Galaxy S6 distances itself form the Note Edge is its double-edged screen. Rather than make it a secondary part of the experience on the Galaxy S6 Edge, Samsung uses the curve to make your screen ‘pop’. 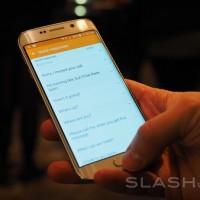 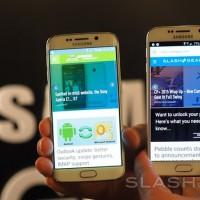 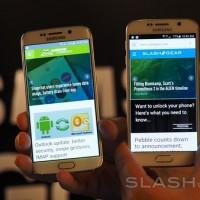 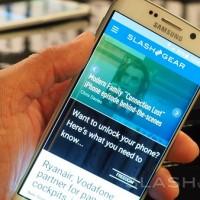 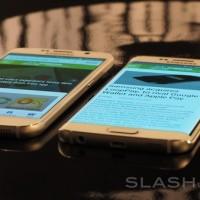 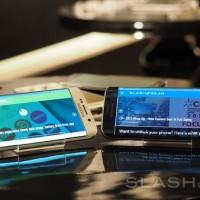 Fortunately, you don’t lose anything with either device. If you’re tucked into Samsung’s ecosystem, nothing is going to change. The curved portion of each screen only adds to your experience, albeit in different ways. It’s not a new OS, nor is it really any different than what you might get with a flat-screen smartphone.

It’s a matter of functionality and size. If you want your curve to be more like a second-screen, the Note Edge can’t be beat. The curve there is more pronounced, and Samsung utilizes it differently than with the Galaxy S6 Edge. You get a partition on the Note Edge’s screen, which is fantastic for the larger screen. A handy feature is that the Note Edge’s slope can serve as a quick-launch center for apps, and when taking a picture, the shutter and other settings slide off onto the edged portion of the screen, leaving your entire screen proper as a viewfinder. 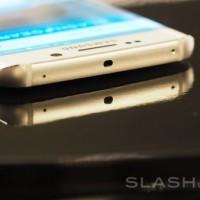 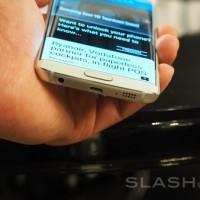 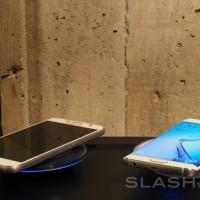 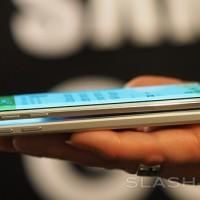 The Galaxy S6 Edge won’t give you that, but it’s a more immersive experience altogether. It doesn’t slope nearly as much, and what you see on-screen just kind of melts into the curves. Nothing is distorted, either. It’s really like Samsung is cheating their way out of bezels with the curve on the Galaxy S6 Edge.

Personally, I prefer the Galaxy S6 Edge, but that’s simply due to screen size. The Note Edge is a fantastic choice for those who enjoy more display, and a great device for those who use their device for work. If sloped sides are your thing, either will do just fine.