Samsung has opened the floodgates for tiny versions of the Galaxy S5 this week with a number of smartphones that replicate this generation’s abilities. With the Samsung Galaxy S5 Mini we’ll have what replicates the full-sized S5 the most in a 720p 4.5-inch display, Samsung Exynos 3 Quad (3470) processor, and an 8-megapixel camera. This tinier device will look extremely similar to its larger cousin, and will be launching around the world near the middle of July.

NOTE: To be clear, the Samsung Galaxy S5 Mini has been tipped to be launching soon, while the rest of these devices are official Samsung confirmed.

The rest of the devices bring odd combinations of elements to the market to solve all needs. In the gallery below you’ll get an excellent layout of what owning each of these devices will mean. The smallest of the pack is the Samsung Galaxy Star 2, while the Galaxy Young 2 is nearly the same – only a few grams heavier. 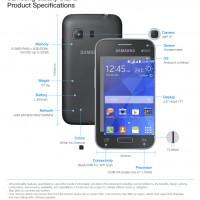 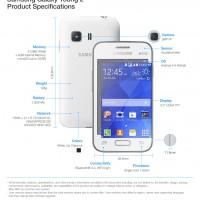 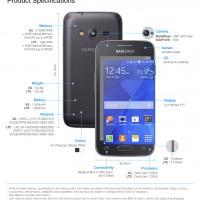 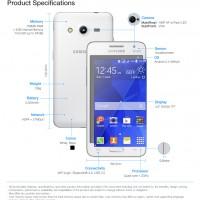 You’ll find that the Samsung the Galaxy Ace 4 is the only product in this lineup with w 4-inch display, while the Galaxy Core II is very similar to the Galaxy S5 Mini, save its not-so-sharp display. Both devices have the same size display panel at 4.5-inches, while the Core II has a 5-megapixel camera instead of 8-megapixel.

Prices on this whole lot have not yet been shared, while the release date for the Galaxy S5 Mini comes from SamMobile along with some specification confirmations. It’s likely this lineup – beyond the Galaxy S5 Mini – will launch some time this late Summer. The whole lot works with Android 4.4 KitKat right out of the box and will have Samsung’s own “simplified TouchWiz Essence” user interface on top.