This morning images leaked showing the front, back, and both sides of the Samsung Galaxy S10E, the most unique model in the bunch. This device is the smallest of the crew, and almost certainly the least expensive. It’s also the first Samsung Galaxy S smartphone in a few years to have a flat display. Each other Galaxy S smartphone for the past several generations had an “Infinity Display” with curved left and right edges. This one’s not like those. 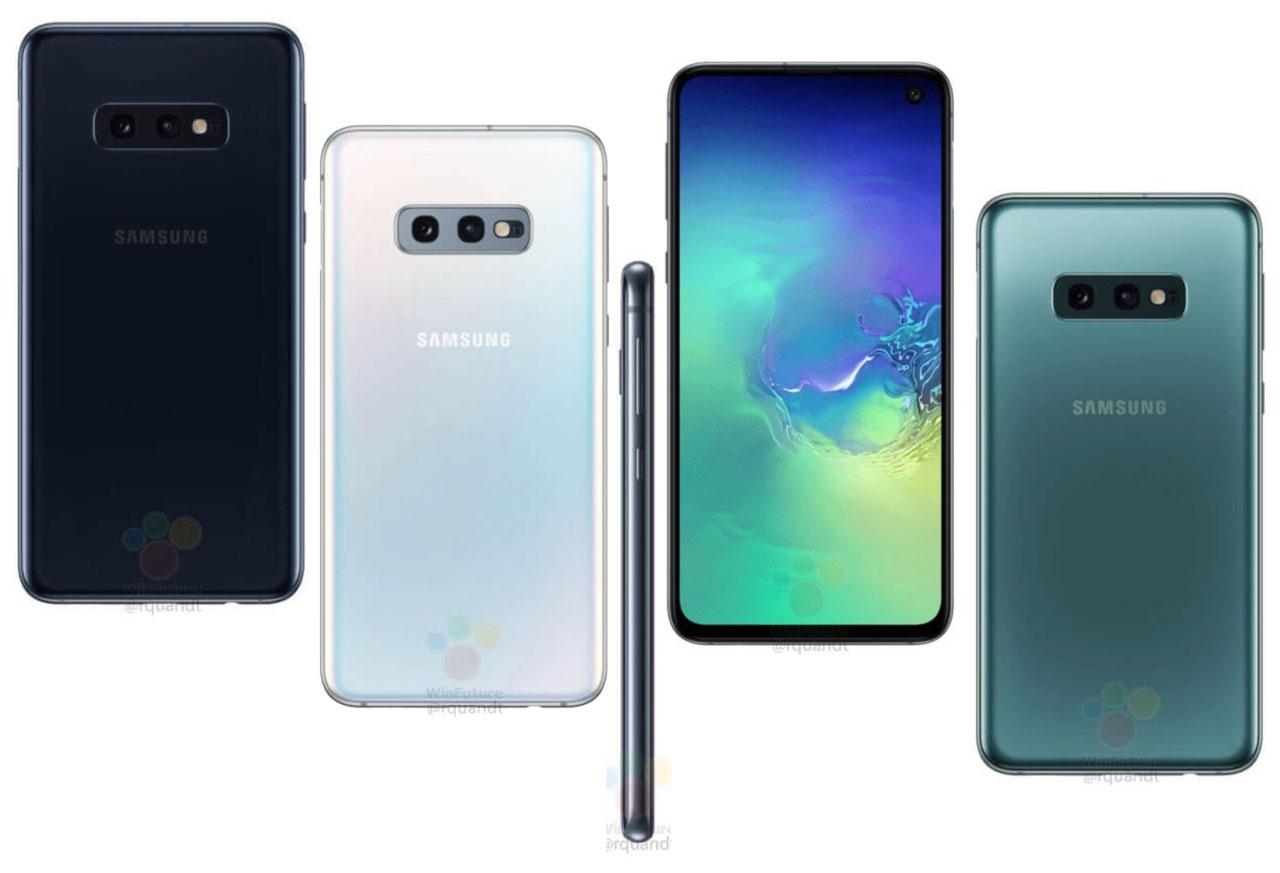 The front of this smartphone has a nearly full-coverage display, with a circular hole in its upper right-hand corner for a front-facing camera. This is the same sort of hole as exists in the Galaxy S10, while the Galaxy S10 Plus has a pill-shaped hole to accommodate two front-facing cameras. This Galaxy S10E is meant to be the most conservative of the three phones, but still sports the premium-level feature that is the ability to have a hole cut out of its temple.

The back of the device has two cameras in a camera array that looks very similar to that of the back of the rest of the Galaxy S10 family. The abilities of this camera array here are likely baseline and just as good – for the average person – as the Galaxy S10. It’ll be missing some premium features due to its lack of any more than 2 cameras – but we’ll see what those are when we get there.

SEE ALSO: The rest of the Galaxy S10 images leaked this today

The battery in this device is quoted at 3100mAh. The Galaxy S10’s battery is apparently 3400mAh, while the Galaxy S10 Plus will have a 4100mAh unit. As the leaksters at WinFuture suggest, these devices will indeed come with these battery sizes despite what previous leaks have suggested.

The Galaxy S10E will likely cost around 750 Euro, or between $700 and $800 USD. That’s not directly converted there, that’s an amount we’re guessing at based on the differences between pricing of phones in the past, Europe vs USA. This device will apparently come in Black, Green, White, and Gold, and a Blue version will “come later.”

This device and the Galaxy S10 and Galaxy S10 Plus will be revealed in full at an event set to take place on February 20th, 2019. That’ll be soon, and we’ll be there with bells on! We’re expecting the pre-order stage to begin that same day, and release to happen somewhere around March 9th, 2019.