The Galaxy S10 and its siblings aren’t even completely in the public’s hands but Samsung is already rolling out its first update to the device. That is probably for the best because it’s an update that many won’t want to skip. At least those who have considered the Bixby button the bane of their life. With the latest update, they can now remap that to what they want. Even better, the update may have a thing or two bonuses as well.

Samsung didn’t really go on stage to announce it but once the cat was out of the bag, it had no choice but to confirm it. It was finally letting users select what happens when they press or double press the Bixby button. It’s not a perfect solution because one of the other actions will still launch Bixby, but it’s a compromise that Samsung was previously unwilling to make.

You can select what app launches when you do the action but you can actually assign it to a Bixby Quick Command. One of Bixby’s advertised advantages over other AI assistants is how it could string together actions to control apps rather than just start them. Quick Commands lets you assign a single word or, in this case, a button press, to start the sequence of actions. 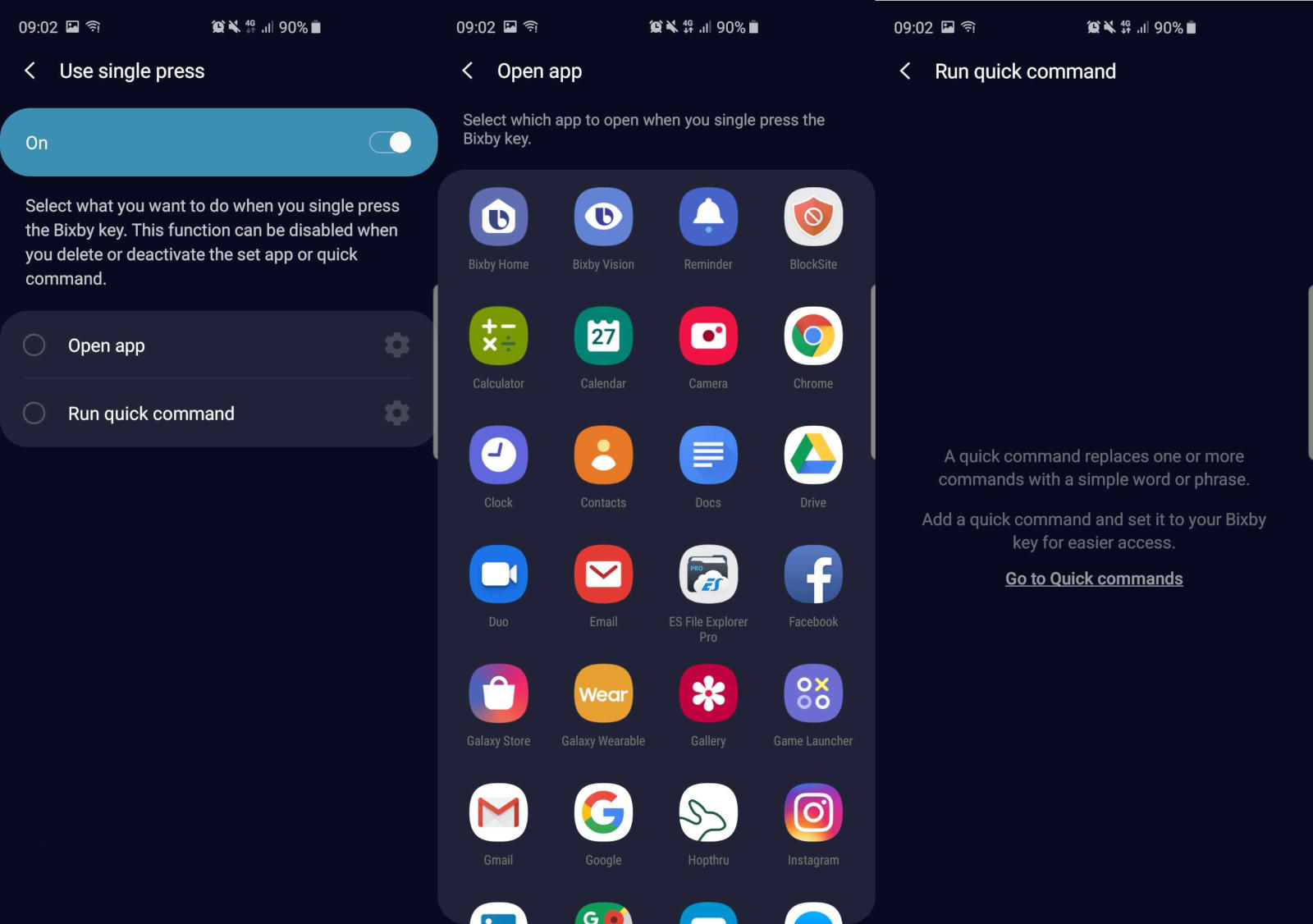 The update also brings the Instagram Mode Samsung demonstrated at Unpacked. Essentially, this lets you use the Samsung Camera app and immediately upload to Instagram as if you were using Instagram’s own camera app. That means you will have access to all the options and modes from the native Camera app that isn’t available from Instagram itself.

The update also brings stability improvements to the camera and performance improvements to the fingerprint scanner. While Bixby Remap is being made available first for the Galaxy S10 line, Samsung promises that all its phones with a Bixby key running Android Pie will get the feature in due time.