The Samsung Galaxy S10 had details leaked in a set of benchmark results this week, showing the device as speedier than any Galaxy before. This device was shown as speedy in its processing power, but also speedy in its adoption of the newest version of Android. If Samsung is indeed already working with Android 9 Pie and running 3rd-party benchmark tests on their smartphone this early before its release date, the Galaxy S10 might change Samsung forever.

Samsung is one of if not the most powerful Android smartphone manufacturer in the world. As such, they have some public leeway when it comes to pushing Android updates in a timely fashion. It would seem like it should be the opposite – what with so much public scrutiny on the line. But because Samsung’s public image is so pervasive, they’re able to basically release software updates whenever it suits them best.

If what we’re looking at in benchmark results this week is true, Samsung might be about to change a tune. With the release of Android 8 Oreo, Google revealed a system called Project Treble. With this system, Android separates their upgrade process into two parts. One part is all-Google, the other part is separate – in this case it includes Samsung’s customizations. 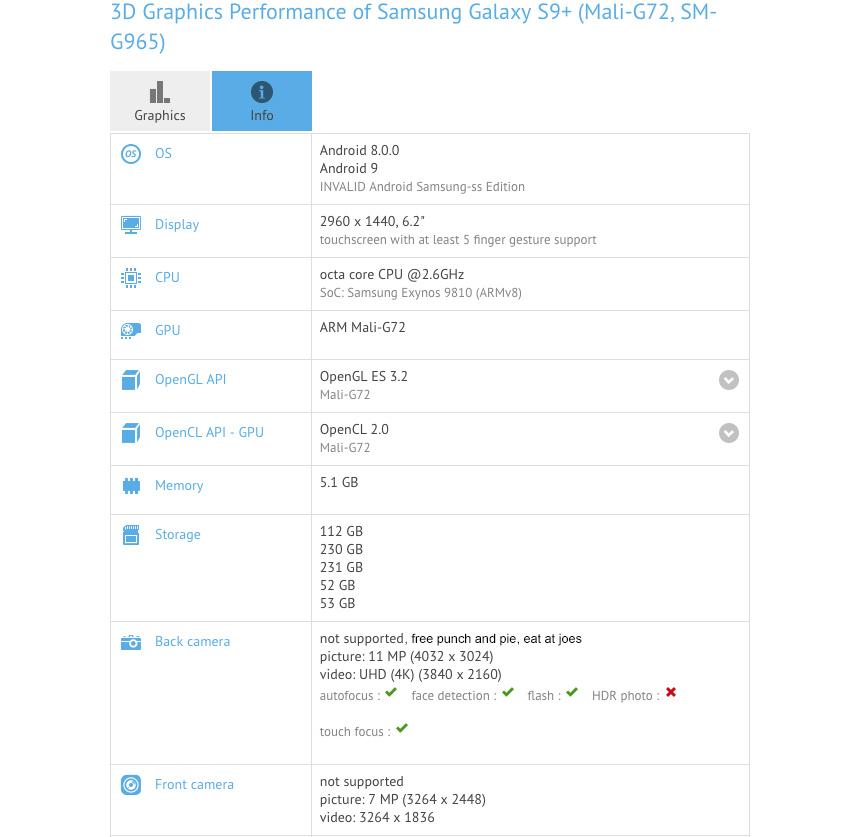 With this separation in place with Project Treble, Google can potentially send Android updates without much effort on Samsung’s part. Because of this, Android updates should come super quickly. This is all only so long as Samsung includes Project Treble with whatever smartphone they’re working on.

If these benchmarks are correct – and we have no major reason to believe they’re not – Samsung may be working on a Galaxy S10 that has the following features. Note that these features are probably only PART of the picture. There’s a whole lot more to this device than what we’re seeing so far.

Remember, it’s only IF Samsung sticks to the same sort of release schedule as they had last year that the testing and Android versions we’re seeing in benchmark tests here make the Galaxy S10 a big deal for upgrade-hungry Android fans. Upgrades to software, updates on the regular, and Project Treble to make sure Samsung sticks with what Google’s delivering whenever a new version of Android is available.