This week it appears that Samsung is ready to describe the measures they took to keep the Samsung Galaxy S III a secret before it was released into the wild. What they’re showing is how the engineers working on the device were not allowed to speak with anyone, not even their family, this making them lead what they’ve described as a “double-life.” These types of measures are becoming more and more commonplace now that the gadget marketplace has become so very ravenous in anticipating the next big thing.

Senior Engineer YoungDoo Jin (S/W R&D) spoke up on the matter, telling of how his family was thrown for a bit of a loop when his secrecy was discovered: “I got so many questions about the GALAXY S III from friends and family. But I’d say ‘don’t ask me or you’ll get me fired.’ I told them to check it out after it was officially made public.” Principal Engineer ByungJoon Lee (Mechanical R&D) also spoke up, noting how it was his young son who asked about the device:

“My eldest son is in 6th grade. He knew that I had worked on the GALAXY S and S II.So I guess he assumed that I’d do S III also. Every time he saw an article on the internet about the GALAXY S III he’d ask ‘Dad! You’re making the S III, right?’ But all I could say was ‘I don’t really know.’ It was really awkward.” – ByungJoon 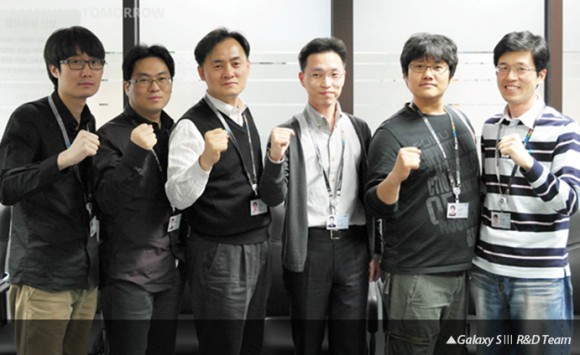 Samsung described today how the workflow for this project was different from all other projects, beginning with the team’s ability to work through problems. While on other devices they’re able to have group meetings and teamwork takes effect, each developer or engineer separated into small teams or even into individual rooms. Separate labs were used with fingerprint readers and designations accessible only by those specifically approved for the top-secret creation of the Galaxy S III. 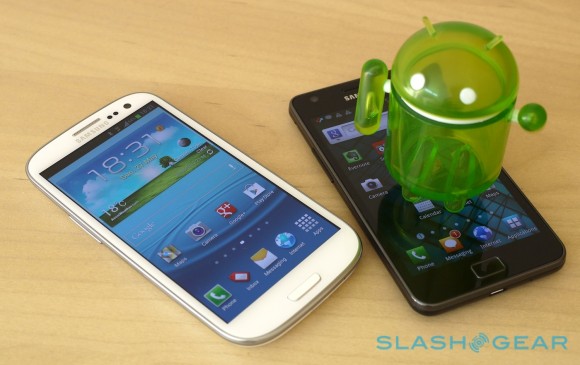 Prototype devices were moved only inside security boxes even when passed from room to room in the same hallway, and deliveries of units to partners and suppliers were done by Samsung personnel only. Photos and media of all types were not allowed to be sent wirelessly, as ByungJoon Lee continued.

“Because we were only permitted to see the products and others weren’t, we couldn’t send pictures or drawings. We had to explain the GALAXY S III with all sorts of words. The Procurement Department had to set a price for the GALAXY S III and purchase the materials based on our verbal explanations. It was hard for everyone I guess. Hahaha.” – ByungJoon

Three different prototypes were made “to avoid any design leaks,” with each of these prototypes made like a final product. Three completely different Galaxy S III models do exist somewhere in the dungeons at Samsung – but we’ll only see one of them. That said, all three versions were realized in full working order. WooSun Yoon(Principal Engineer, H/W R&D) spoke up on prototypes:

““There were many prototypes and yes,it takes more time and effort to make more working prototypes. It’s even more difficult when you’re sending those to different places for testing and yet at the same time hiding it from everyone. Time constraints pushed me to take a lot of helicopter rides back and forth. I’m glad we were able to keep the new GALAXY S III under wraps to the end, but I can’t stress enough how hard it was.” – WooSun 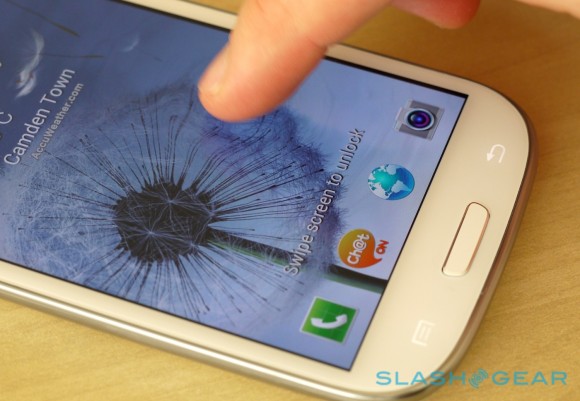 WooSun added a bit of information on the double-casing each unit had to wear:

“And on top of that, whenever any of these had to go out for testing, we put them inside ‘dummy boxes’, which are cases that hide the design of the device, to disguise it. Even if people, inside or out of the campus, saw the device, I doubt they would have known what it was.” – WooSun

Samsung is making its heroes count! Have a peek at our Galaxy S III review and hands-on action in the timeline below, and stay tuned as the USA versions of this lovely device hit the states soon!