The Galaxy Note is no stranger to SlashGear: we reviewed the international version back in November 2011, finding it a curious – and in certain ways compelling – anomaly on the mobile landscape. Since then we’ve had plenty of experience with the oversized smartphone, most recently the arrival of AT&T’s LTE version. Differences between the two are slight, so a full re-review isn’t in order. However, read on for our latest thinking on this smartphone/tablet hybrid, where it stands up, and where – despite what Samsung insists – it falls flat on its 5.3-inch face.

I’ve been carrying both the original international and the new AT&T versions of the Galaxy Note for some time now, and they’re certainly relatively unique in the mobile space. Samsung believes that we’re moving towards a two-handed society, though my own experience is that we’re not there yet. As Samsung sees it, most BlackBerry users are two-handed typers, though I’d argue that the difference there is that RIM’s phones are small enough to still type with one hand, or at least securely grip it without fear of dropping a very expensive device. 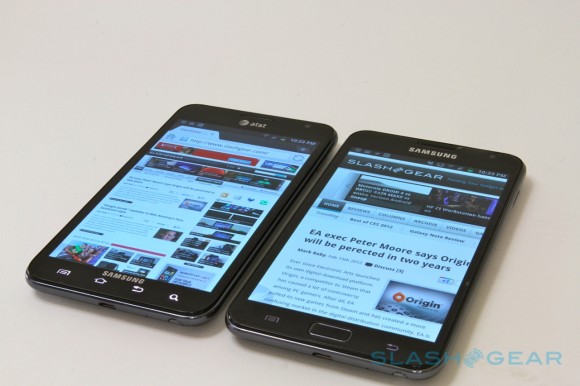 Differences between the two models are small. The AT&T Note drops the physical home key and uses the space to accommodate four capacitive buttons, which I’m assuming will be still in play even after the phone gets its Ice Cream Sandwich upgrade. Cosmetic differences include the lock screen: you no longer slide to unlock, but instead touch anywhere on the display and slide it in any direction. 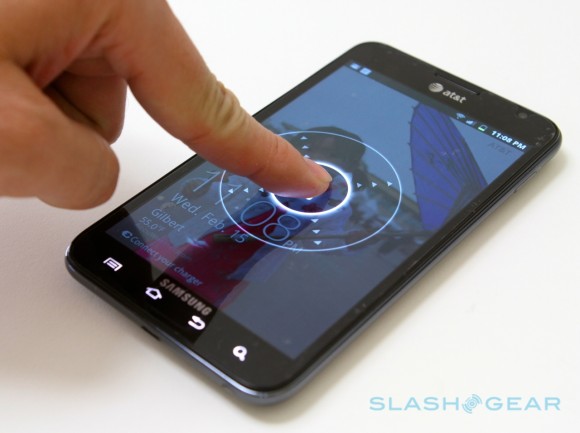 A useful improvement is the ability to set a timer delay on PIN/pattern security being enabled. When you press the power button to turn off the display, you can have a grace period – say, five minutes – within which time you won’t need to re-enter the PIN/pattern. AT&T isn’t supplying a memory card with its version of the Note, though it does come with 16GB of integrated storage.

Inside, there are some minor changes. The AT&T Galaxy Note has a 1.5GHz dual-core processor, while the international version is clocked at 1.4GHz instead. Nonetheless, the bump in speed is negligible: about 400 points delta according to the new version of benchmarking tool Quadrant (which takes into account the dualcore chipset). What’s more interesting is the memory Samsung and AT&T use on the US LTE version, versus the international version. Quadrant shows a delta of around 1000-1200 points, with the international Note scoring nearly 6000 points versus the AT&T’s 4800. Memory throughput is key to saving files and faster recall of data, so the higher the better. Still, the AT&T Note does feel a little faster in rotating from portrait to landscape orientation and vice-versa.

As for LTE, it’s very much dependent on what network you’re connected to. While I was in San Francisco, despite using AT&T’s LTE, I saw generally the same data speeds between the HSPA+ and LTE versions. Nonetheless there were pockets within San Francisco and Phoenix where LTE spiked to 6 or 7Mbps. Your experiences of 4G speeds are always going to vary based on how AT&T’s roll-out is progressing.

The first generation of LTE Android phones have earned a reputation for poor battery life, though there’s little to write home about in-between the AT&T Note and the HSPA+ model. Over a six hour period, the LTE version dropped to 84-percent while the HSPA+ international version remained at 90-percent. Bear in mind that’s with little usage; when I started actively using the AT&T model the battery gage dropped more readily. The LTE Note did seem more capable of keeping hold of a signal, however, reporting 0-percent of time without service while the international version had 4-percent of time without service. 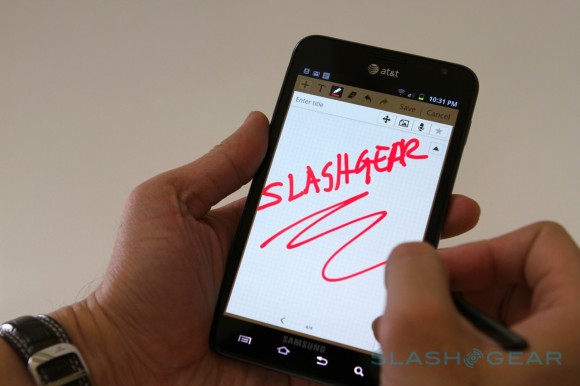 The big story with the Note, beyond the stylus, is the screen real-estate. It’s certainly amazing: the combination of Samsung’s excellent Super AMOLED HD panel and the 1280 x 800 resolution add up to a tablet-style browsing experience but on a device that will fit into many pockets. Sites frustratingly default to their mobile versions initially, more often than not, and we wish Google had released its Chrome for Android browser for more than just Ice Cream Sandwich devices. The main downside is that, when using it as a phone, you simply look silly; still, you also look pretty foolish when using a bluetooth headset, and in the end it doesn’t really matter as long as the call quality is good. Thankfully, the Galaxy Note delivered on really good quality calls.

Once the novelty of the stylus wore off, shortly after getting the Note, I haven’t even pulled it out. I just don’t feel the need for it. As for the size, while Samsung believes that we’re migrating towards a two-handed typing society, the bottom line is that it’s not just about typing: it’s about using the Note in a way that doesn’t risk dropping it.

Samsung wants people to buy this as a primary all-day, everyday devices. I fear that’s not going to happen. It’s too big and the risk of dropping it is way higher than with a regularly-sized phone. Samsung also thinks that once we use the Note long enough we’ll get use to it. I’m afraid the jury is still out on this, though I’ll keep carrying it to see if my experience changes. As a parent, I constantly have a child in one hand or, if my wife has her, I’m carrying something for her. Or, when I’m traveling, I’m either pushing a stroller, holding a cup of coffee or a bag. It’s possible to use the 4.65-inch Galaxy Nexus one-handed, and it’s doable with the 5.3-inch Note, but you run a high risk of dropping it.

Bottom line: the Galaxy Note is either a very large “super” phone or a pocketable tablet that happens to make phone calls. That’s great, but if you buy the Note you need to know that there will be roughly 20-percent of the time when you won’t be able to use it. The scale of the device demands a two-handed grip or, if you attempt to go one-handed while walking, driving or otherwise distracted, it will slip through your fingers, I guarantee it. The AT&T Galaxy Note LTE does what it does very well, but those who can handle it are likely few and far between. 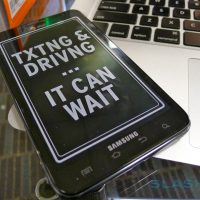 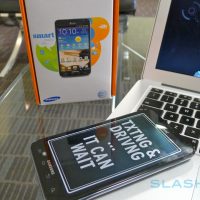 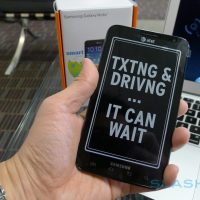 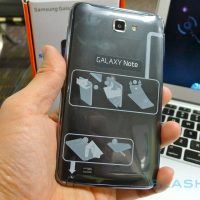 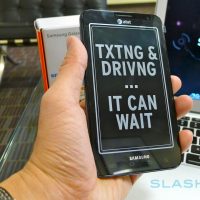 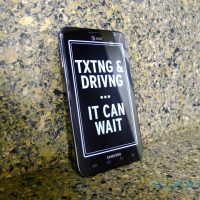 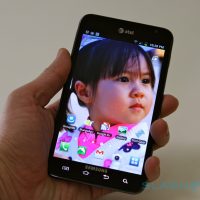 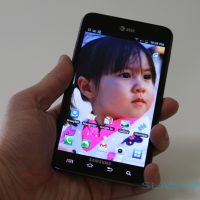 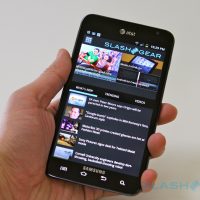 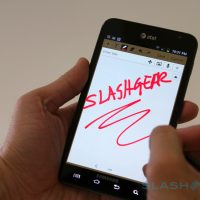 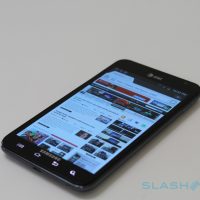 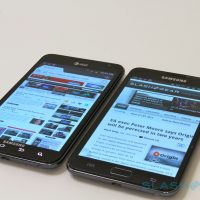 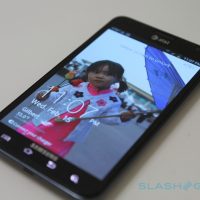 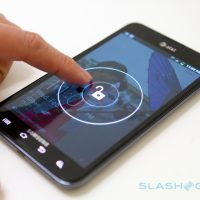 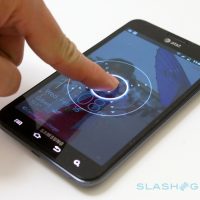 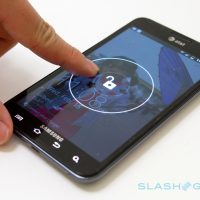