Per Samsung’s announcement on the subject, “Samsung Mobile is releasing a maintenance release for major flagship models as part of monthly Security Maintenance Release (SMR) process. This SMR package includes patches from Google and Samsung.” Samsung included a number of security patches not included with the standard Google security update, made specifically for Samsung devices running one of the last several major versions of Android. 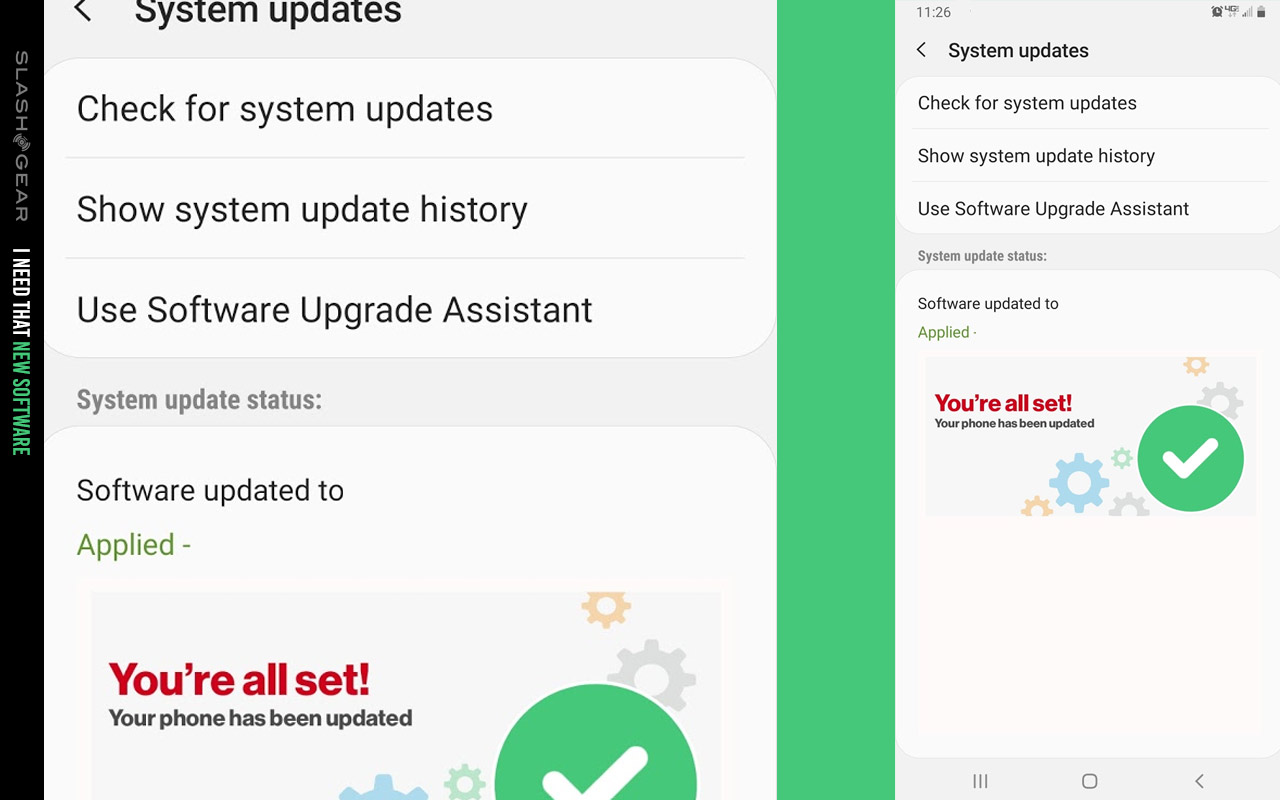 An interesting item appearing in update notes (in this December 2019 update) from Samsung marked as LOW severity had to do with Developer Options. To activate Developer Options, normally, one would have to find the device’s Settings listing of Kernel version and tap said menu item a certain number of times – basic authentication, so to speak.

The vulnerability here allowed access to Developer Options “without authentication.” The patch “blocks access to Developer options when it is disabled using Settings search feature.” So that’s fixed too – no more inverting the screen colors for you, little cousin Dennis the Menace.

To see if you have access to this update, open Settings and scroll on down to System Updates. There you’ll be able to check if you’ve got access – you might not! If you don’t have access within the next week, you’ve probably got a carrier version of the Galaxy Note 9 or Galaxy Note 10. If that’s the case, you’ll probably just want to wait longer – but no worries, you’ll PROBABLY get this update by the end of December!