Samsung has opted to slightly delay the Galaxy Note 9 from its original launch schedule, it’s reported, with the phone-maker said to be trying to make the Android phablet even thinner than initially intended. The latest in Samsung’s stylus-enabled smartphone range, the Note 9 is expected to make its official debut later this year.

With that sort of timescale, by this point the design for the smartphone would normally have been finalized. Indeed it would take someone particularly high up on Samsung’s executive chart to derail the process like this, which is just what sources in South Korea say has happened.

Responsible for the change is Lee Jae-yong, The Bell reports, Samsung Electronics’ vice chairman. He visited a smartphone store in China, according to sources familiar with the change in plan, and spent some time using a number of rival devices including phones by Xiaomi. Two weeks later, they say, Samsung’s engineers were told they’d need to modify the Note 9.

The change itself, though, is believed to be tiny. Indeed, it comes down to reducing the thickness of the Galaxy Note 9’s cover glass by 0.5 mm. That’s expected to add around two weeks to Samsung’s mass production schedule overall, and have a knock-on effect on when the Note 9 will arrive in stores. 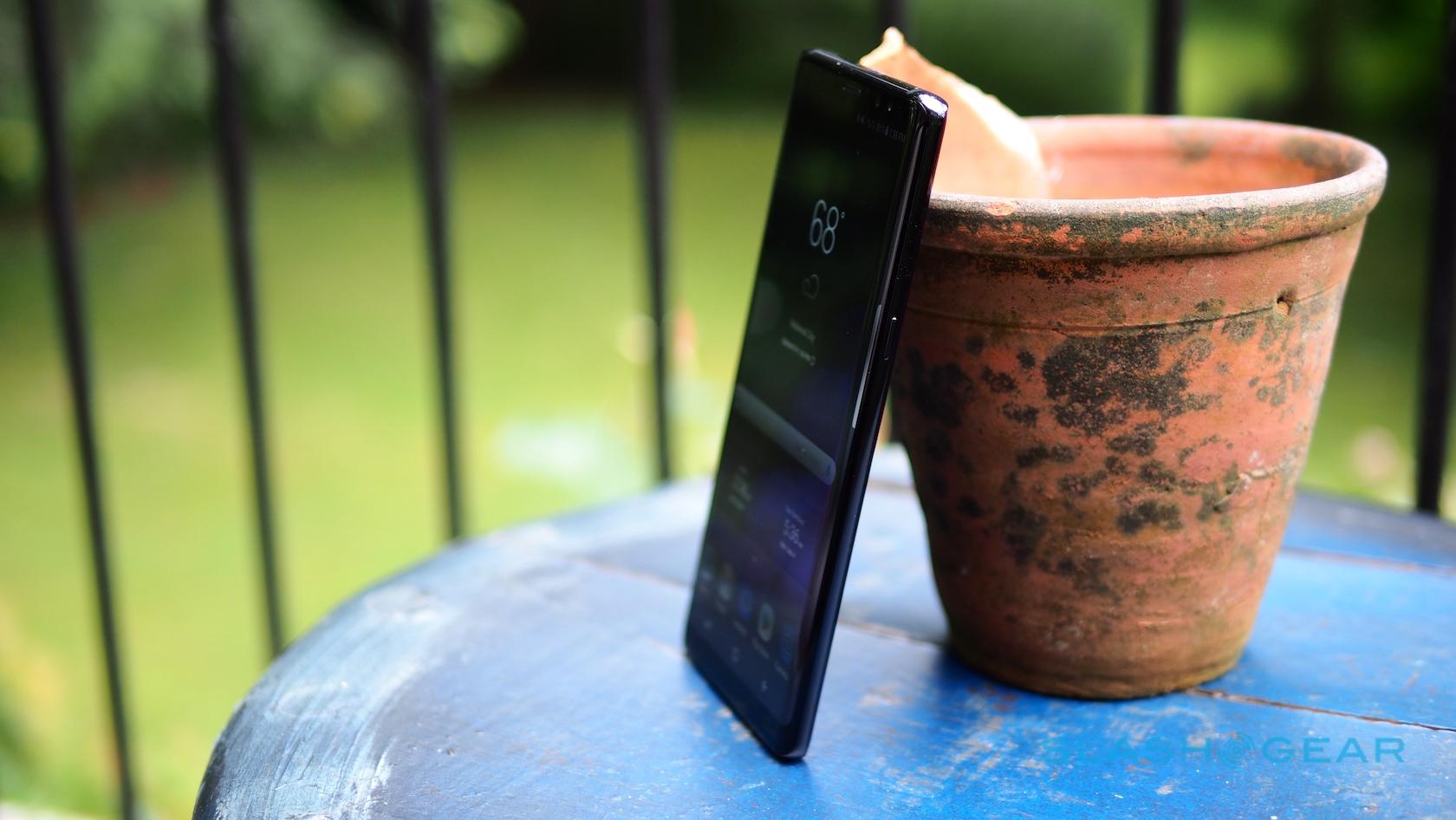 While Samsung hasn’t confirmed the report, Lee is said to have preferred how phones from Oppo and others felt in the hand, compared to how the Note 9 had been designed. Ironically, those competing devices use Samsung Display panels, it’s reported. For the Note 9, Samsung is expected to use a 6.38-inch AMOLED panel, slightly larger than that of last year’s Note 8.

Chasing extreme thinness has proved the undoing of the Note in the past. The Galaxy Note 7 lasted just weeks on the market, after Samsung was forced to cease sales and recall all of the handsets over reports that they could unexpectedly catch fire. An investigation into the issue found that, among other factors, insufficient insulation tape had been left in-between the electrode layers, while other batteries had forced contact between the positive and negative electrodes due to how the “jelly roll” inside the battery pouch was squeezed.

This new change, if indeed the leaks prove to be correct, will be a far less controversial one. It’s unclear at this point whether slimming the cover glass will affect durability of the Note 9. The Note 8 uses Gorilla Glass 5 on both its front and rear.

As for what impact the change will have on the Galaxy Note 9 release date, the South Korean sources say the phone should now debut at the beginning of August. That will give Samsung several weeks before Apple is expected to reveal its 2018 iPhone range, which is believed to consist of three models including a new, large-screen iPhone X Plus.