Galaxy Note 7 big reveal: the battery is really to blame

And so Samsung has finally made it official. To no one’s surprise, the company is putting the blame squarely on the Galaxy Note 7’s batteries, which is pretty much what it did before the first (failed) recall. This time, however, it has gone into more details on the how and why. While still not naming Samsung SDI and ATL, Samsung has blamed manufacturing defects and lapses in the batteries which resulted in the fiery deaths of the smartphones.

Samsung simply calls them “Battery/Company A” and “Battery/Company B”. And in a rather strange twist of fate fit for history books, both A and B exhibited two different manufacturing-related problems, ending up in the same failure. But before getting into the details of those flaws, Samsung explained briefly how lithium-ion batteries are designed. In a nutshell, they employ layers that keep positive and negative tabs of the positive and negative electrodes, respectively, to safely connect in the “jellyroll” to conduct electricity. When there is a damage to those separators or when electrodes connect directly, short circuiting, and eventually fires, occur. 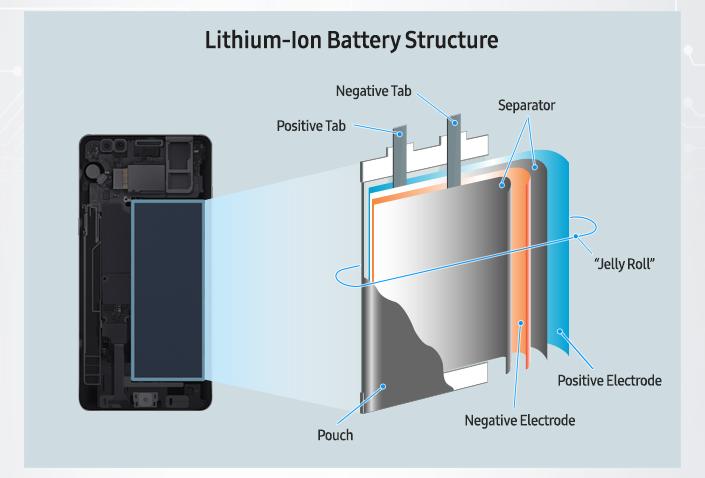 In Battery A, the manufacturing defect was that negative electrodes were bent and their tips were incorrectly located. The combination of these factors allowed in direct contact between the positive and negative electrodes, and the rest is history. For battery A, the defect seems to have been located only in the upper right corner of the battery. 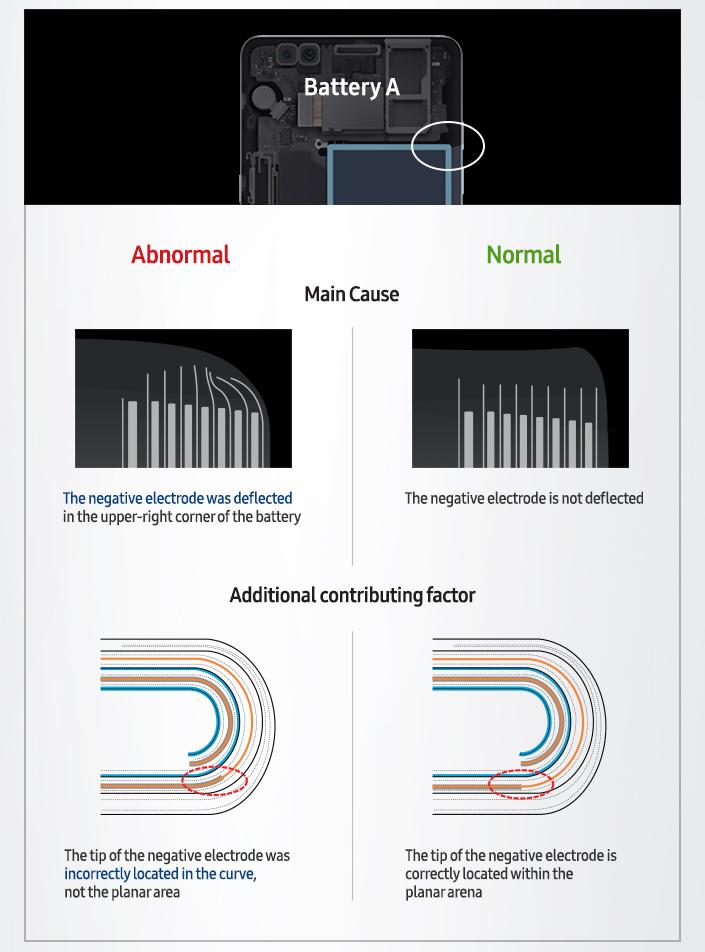 Battery B didn’t get away scot-free for long. The flaws, however, were harder to pin down and more varied. In this case, welding burrs were discovered to be too high, which caused the positive tab for the positive electrode pierce the separator. No matter the cause, the end result was the same: short circuiting and fires. 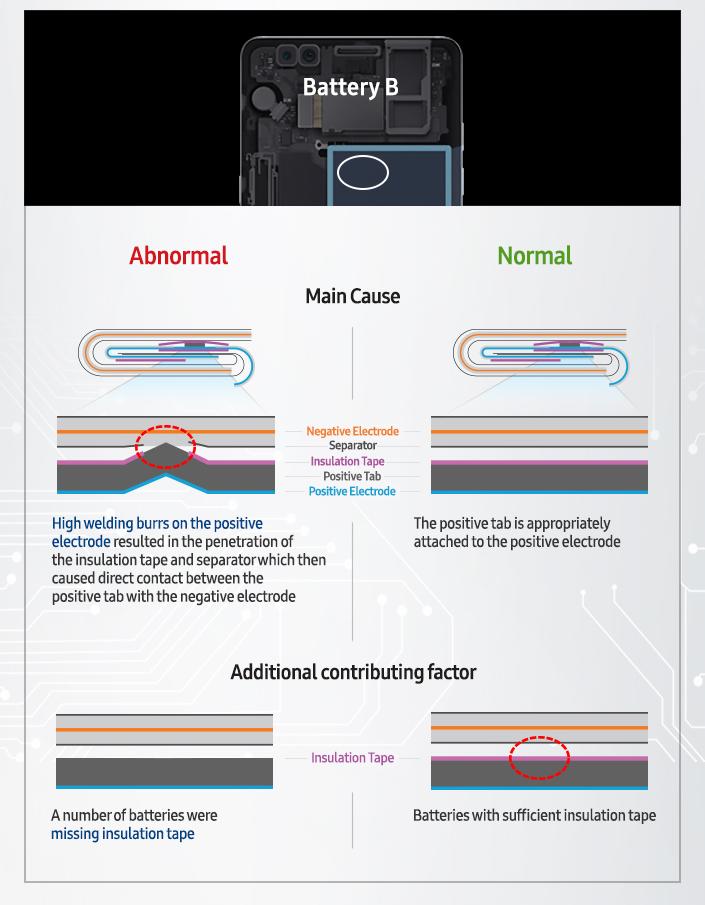 In both cases, Samsung washes its hands clean of direct blame, saying that the design and electronics of the Galaxy Note 7 did not cause any of the fires. This was confirmed by the tests of independent groups like UL. It did admit that it failed to catch potential problems in the new battery design and technology in time before launch.

Moving forward, Samsung naturally promised to take even greater care in how it handles its battery subsystem. That includes keeping an even sharper eye on the manufacturing of the batteries as well as design of the battery’s bed inside the smartphone. Samsung also plans on improving software algorithms that will detect abnormal battery statuses and, if necessary, adjust the phone’s settings appropriately.