Galaxy Note 7 battery fire investigation: What you need to know

The folks at Samsung seem to have made an effort to come as clean as possible in public about the Galaxy Note 7 and its battery-related mishap. Not long after the release of the Samsung Galaxy Note 7 in the year 2016, it became apparent that there was a problem. Once it was clear that the problem was not relegated to a few faulty phones, Samsung set about recalling the entire bunch, all around the world, no exceptions.

Today Samsung has revealed their full investigation into the failure of the Samsung Galaxy Note 7. Users found their devices either smoking or starting on fire, breaking through the back and/or front reinforced glass panels to create a dangerous situation for all those nearby the device. The Galaxy Note 7’s recall investigation into this situation was done by Samsung as well as at least one independent organization, each of which found the same set of results.

Two sets of factors contributed to the fires in the Samsung Galaxy Note 7. Two different faults were found, and 2 separate battery manufacturers were found to be at fault. They are listed in a nutshell by Samsung this morning.

“• In the case of Battery A, the jellyroll was compressed in the battery pouch. This allowed for a deflection of the electrode in the upper right corner of the battery cell which weakened the separator between the two electrodes, creating multiple paths to a short circuit.

• In the case of Battery B, we also found evidence of abnormally high welding burrs. When the burr is too high, the positive tab can penetrate the insulation tape and the separator, which can result in direct contact between the positive tab and either the active material on the negative electrode or the electrode itself. This direct contact can lead to an internal short circuit and subsequent cell failure.” – Samsung Representative

Below you’ll see a video from Samsung explaining what happened in relatively simple terms. The first person that appears in this video is Clare Grey, Ph.D. – she is a Professor of Chemistry at the University of Cambridge. She’s considered an expert in Lithium Ion battery characterization and microstructure analysis.

The following gallery of infographics comes from Samsung as well. In these simple-to-read graphics, the company explains the points at which the batteries failed in manufacturing. Other factors were in play, as well – as you’ll see. 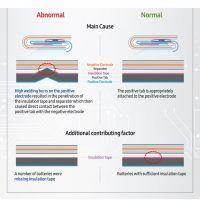 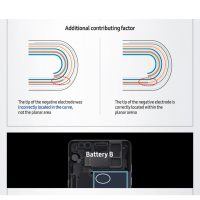 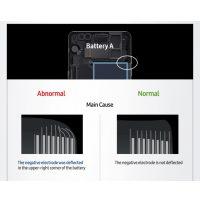 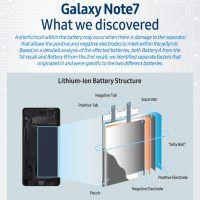 Samsung suggested this morning that they’ll be moving forward from here with additional safety measures that they are confident will stop this incident from ever happening again. “We have taken several corrective actions to ensure this never happens again,” said Samsung, “including the implementation of a multi-layer safety measures protocol at the product planning stage, and an 8-Point Battery Safety Check.”

Sound reasonable to you? Will you be buying the next Samsung Galaxy smartphone, or will you be waiting to find out if Samsung’s renewed dedication to safety is insufficient? Given Samsung’s continued reveals and releases of smartphones since the Note 7, I imagine they’ve basically got the whole thing sorted already – but we shall see.