Galaxy Note 5 gets a transparent back with DIY mod

If there’s one trend that’s never caught one when it comes to designing smartphones, it’s the use of transparent plastics that allow users to see the innards. Fortunately for one Galaxy Note 5 owner on Reddit, he knew how to make it happen for the back cover of his device. But user Skarface08 didn’t just find a replacement back panel and swap it with the part that came on the phone; he actually managed to remove the phone’s back and peel the paint off, leaving the official Samsung and Galaxy Note 5 logos intact.

In his thread on the Galaxy Note 5 subreddit, Skarface08 explains his mod. To be clear, this requires removing the non-user removable back cover, and will thus void any warranty on the device. 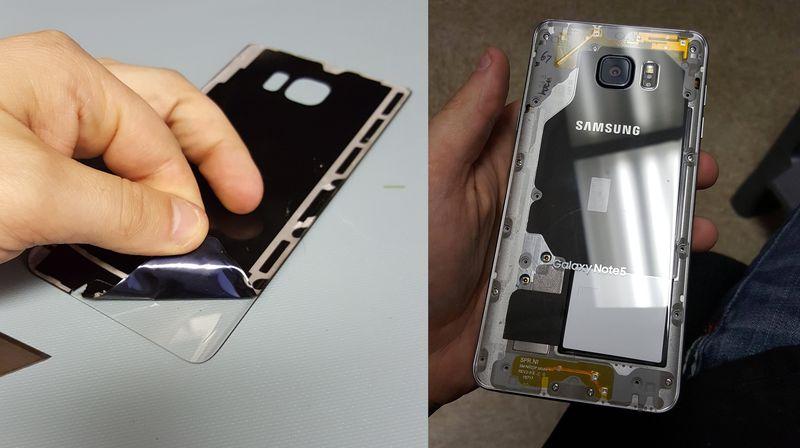 First, he used a suction cup to get a good grip on the plastic panel, and then he used a heat gun to warm up the adhesive in order to pull the cover off. From there, it was just a matter of using a razor blade to start peeling off the colored paint, and then just pulling it off entirely. 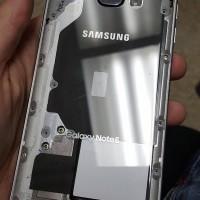 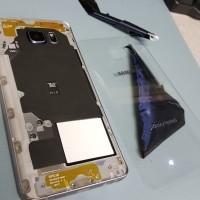 Skarface08 then glued the cover back onto the phone, and as the photos show, it’s very slick looking, any signs of the mod unnoticeable. It looks as if that’s how the device came right out of the box.

Commenters on the thread have also noted that the same process will work on a Galaxy S6 Edge too. So if you’re wanting to have a unique looking device, there you go.