Before smartwatches became the portable health labs that they are today, smartphones were the ones that bore some of the sensors and algorithms needed for checking one’s health. Samsung’s phones, in particular, once had heart rate monitors and even blood oxygen tracking that it has removed in its most recent models. That, however, doesn’t mean that Samsung has given up that idea, and, apparently, it was toying with the possibility of putting such health sensors beneath the screen of a foldable phone.

Apart from motion and gyro sensors, most of the health-tracking features of smartwatches and some smartphones revolve around shining light on our fingers and deducing biometric data based on the way or length of time the light takes to travel back to a sensor. That same principle is apparently also in play in Samsung’s new patent, except it places the sensor under the screen, pretty much like under-display fingerprint sensors these days.

According to the LetsGoDigital, two sensors underneath the display will take image data of your fingers. It will then use pulse wave analysis or PWA, the same technique it employs in the Galaxy Watch 3 to measure blood pressure, to measure different health factors. Those include the aforementioned blood pressure, vascular age, and arterial wall stiffness.

While PWA can probably be performed on any smartphone but this patent requires a foldable phone for one particular purpose. Apparently, closing the display on one’s finger will allow it to better measure the pressure the finger is placing on the screen for other health metrics. Hopefully, that won’t actually damage the screen from applying too much pressure. 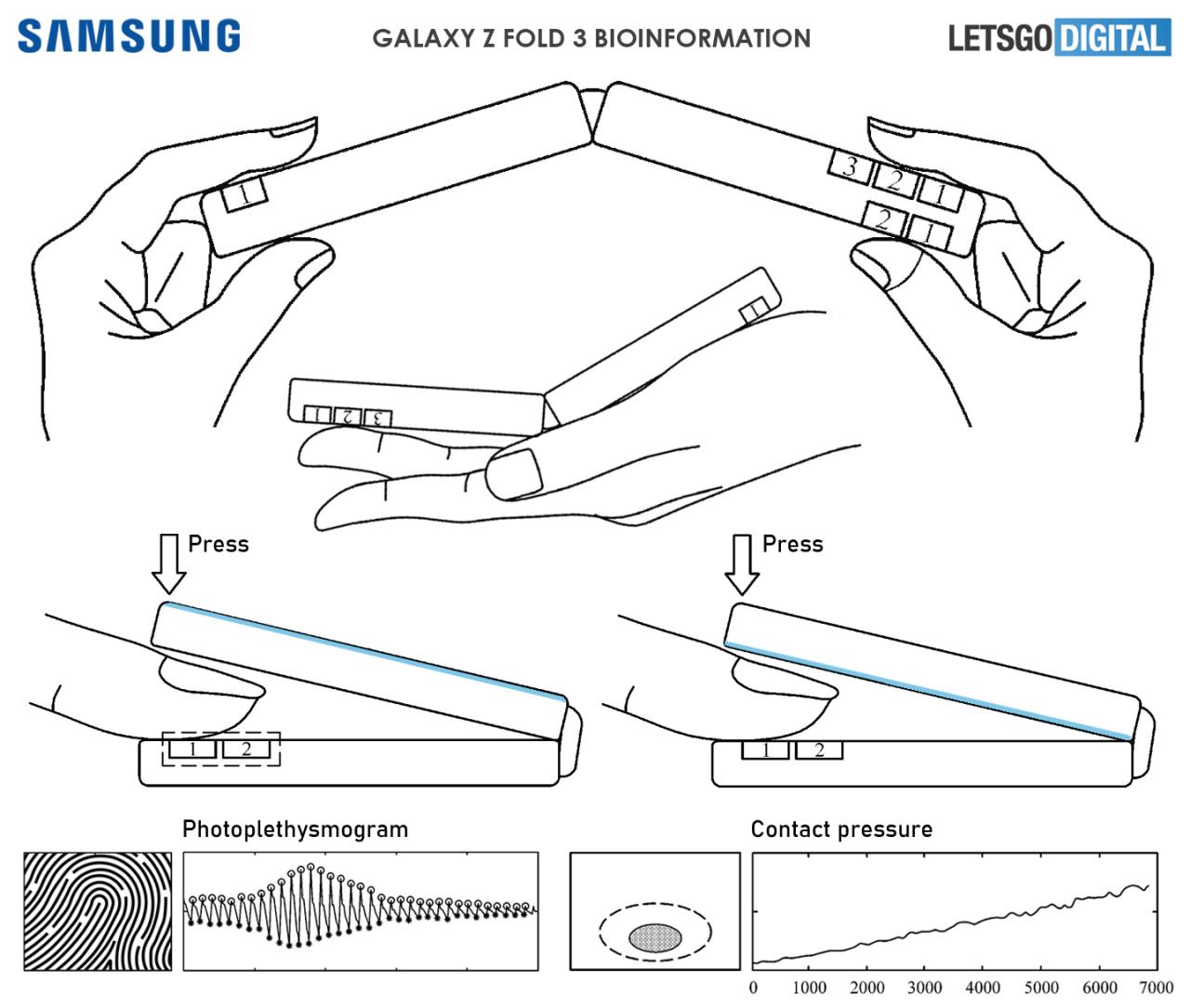 As interesting as it may sound, it’s definitely a complicated technology that may not even see the light of day, at least not yet. Samsung still has a lot of things to check off on its Galaxy Fold to-do list before it can go off on more experimental features, not to mention verifying the validity of the medical data that these sensors will deliver.