The Galaxy Z Fold 2 added a lot of improvements over the Galaxy Fold that it made Samsung’s first foldable phone feel a tad obsolete and even more fragile in comparison. In truth, however, the two are quite close in their capabilities, perhaps except for how the Galaxy Z Fold 2 can support more angles than its predecessor. In other words, there is no technical reason why the Galaxy Fold can’t enjoy some of the more advanced features of the latest foldable phone and, thankfully, Samsung obviously agrees.

More than just the hardware upgrade, the Galaxy Z Fold 2 also introduced new software features that the Galaxy Fold can now enjoy as well. The new Edge Panel, for example, lets you easily launch App Pairs as well as your favorite apps in one convenient place. The three-app Multi-Active Window view now also supports a horizontal layout to suit your multi-tasking needs.

Unsurprisingly, a lot of the new features coming to the Galaxy Fold revolve around the camera app. Dual Preview, for example, lets your subject see the picture you’re taking as you are taking it. Even more interesting is the Rear Selfie cam that utilizes the more powerful rear cameras and the external Cover Screen to take selfies. 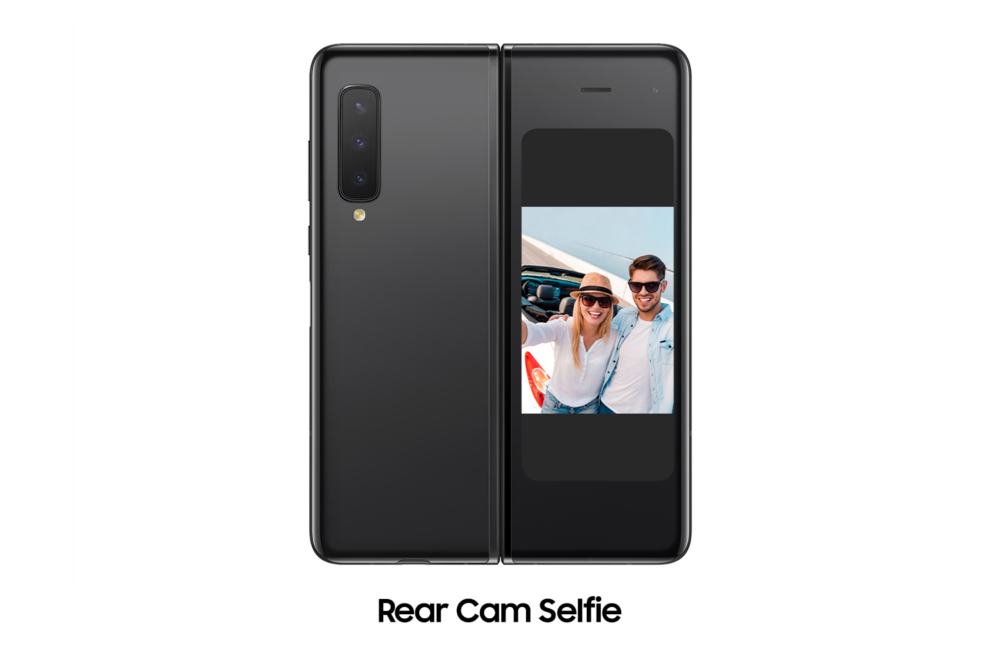 There are also some “intangible” new features revolving around wireless communication, like sharing your Wi-Fi passwords with nearby trusted Galaxy devices. The Galaxy Fold now also supports wireless DeX so you can reduce the risk of damaging your foldable phone when plugging and plugging it into an HDMI dock or dongle.

This feature update is now rolling out to Galaxy Fold devices but their exact timing still varies from market to market. It’s definitely a reassuring gesture that Samsung hasn’t yet forgotten about its older $2,000 prototype even if it already has a better replacement in the market.