Samsung is known for making chips that it puts in its own phones but most of the better-known ones include Exynos Systems-on-Chip (SoCs), RAM, and flash data storage. It does, however, also make a lot of other silicon, including smaller power management integrated chips or PMICs. The latter is now the subject of Samsung’s latest proud announcement as it kicks off the mass production of the PMICs it used to give its Galaxy Buds+ its larger battery and longer battery life.

Truly Wireless Stereo or TWS earbuds, which includes the Apple AirPods, are advertised to be the ultimate convenient and portable audio accessories for your ears. Unfortunately, their size doesn’t leave much space for components, let alone batteries that will last for hours on end. The most that accessory makers can do is to shrink and cram as many components as they can to give more space for the battery.

The Samsung MUB01 chip inside the Galaxy Buds+ earbuds is an example of that kind of cramming. It combines five discrete components into a single chip to reduce the size that the circuit board takes up inside. That is what made it possible for the buds to have a bigger battery than its predecessor.

The MUA01 inside the charging case is just as impressive in that regard, compressing 10 components into a single chip. This PMIC, in particular, is the industry’s first to support both wired and Qi wireless charging in one. It even includes a microcontroller and embedded Flash so that its firmware can be updated later on to add more features. 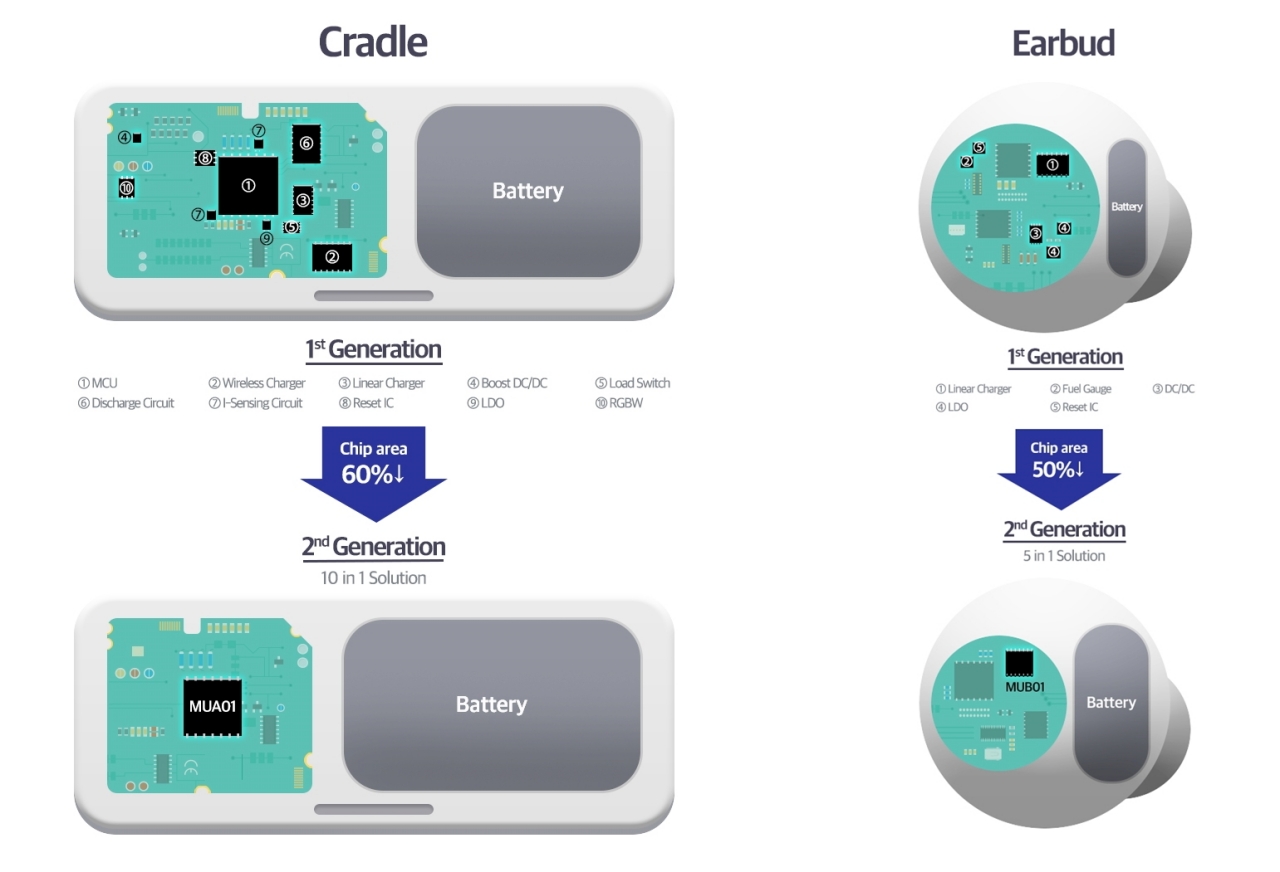 These two chips are already inside the Galaxy Buds+ but by placing it in mass production, Samsung is opening the doors to other accessory makers to take advantage of those same technologies. Whether they do, of course, remains to be seen.