Samsung has no shortage of smartphones covering all price tiers and needs but, at least in the US, it has been focused on selling its high-end Galaxy S and Galaxy Note lines. Not everyone, however, wants an expensive phone and those turn to other brands for their fix. Perhaps finally realizing the lost opportunity, Samsung is bringing its latest Galaxy A phones to the US market, starting with the Galaxy A50 and what Samsung positions as a versatile camera and all-day battery life.

Make no mistake, the Galaxy A50 is a mid-range phone when you strip away all the marketing. That boils down to an octa-core Samsung Exynos 7 9610 processor, 4 GB of RAM and 64 GB of expandable storage. The 6.4-inch FHD+ screen has Samsung’s “Infinity-U” design, meaning a U-shaped waterdrop notch at the top, housing the 25 megapixel fixed-focus front camera. It also hides an in-screen fingerprint scanner, quite a rare feature for mid-range phones.

Samsung is particularly proud of two things on the Galaxy A50. One is the 4,000 mAh battery that it boasts will let you use the phone all day, depending on your actual usage, of course. More important, however, is the triple camera system on its back. A 25 megapixel f/1.7 camera serves as the primary sensor while the 8 megapixel f/2.2 sensor gives a 123-angle view of the scene. There’s also a 5 megapixel depth sensor for more detail and bokeh simulation. 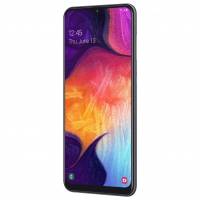 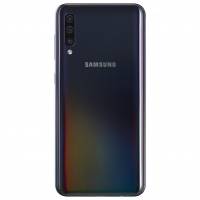 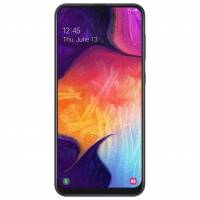