Galaxy A32 5G launched to offer a more affordable option

It’s literally just hours before Samsung unveils the Galaxy S21 series and although rumors suggest it won’t be as overpriced as the Galaxy S20 before it, it will still be too expensive for some folks. As if already anticipating that kind of reaction, Samsung surprisingly launched the Galaxy A32 5G less than a day before its premium flagships, proving that it can actually offer extremely affordable phones that still have decent features after all.

The Galaxy A32 5G definitely meets expectations of being one of the cheapest 5G phones in the market today, and definitely Samsung’s cheapest 5G phone so far. That’s courtesy of what is most likely the MediaTek Dimensity 720, something that could cast some doubt on the phone’s overall performance. Still, given the price tag, one shouldn’t really expect that much anyway.

That said, the Galaxy A32 5G does offer a few things that you traditionally couldn’t expect from a cheap Samsung phone. A side-mounted fingerprint sensor is one and a large 5,000 mAh battery is another. It can even have 8GB of RAM, depending on the country, which is almost as much as some more expensive flagships.

Almost like a nod to the upcoming Galaxy S21, Samsung is also quite proud of the Galaxy A32 5G’s quad-camera setup. Naturally, the 48MP main camera, 8MP ultra-wide camera, 5MP macro camera, and 2MP depth sensor won’t perform as well as more premium hardware. Curiously, the phone bucks the trend by throwing out any and all camera bumps, leaving the lenses to stand out on their own. 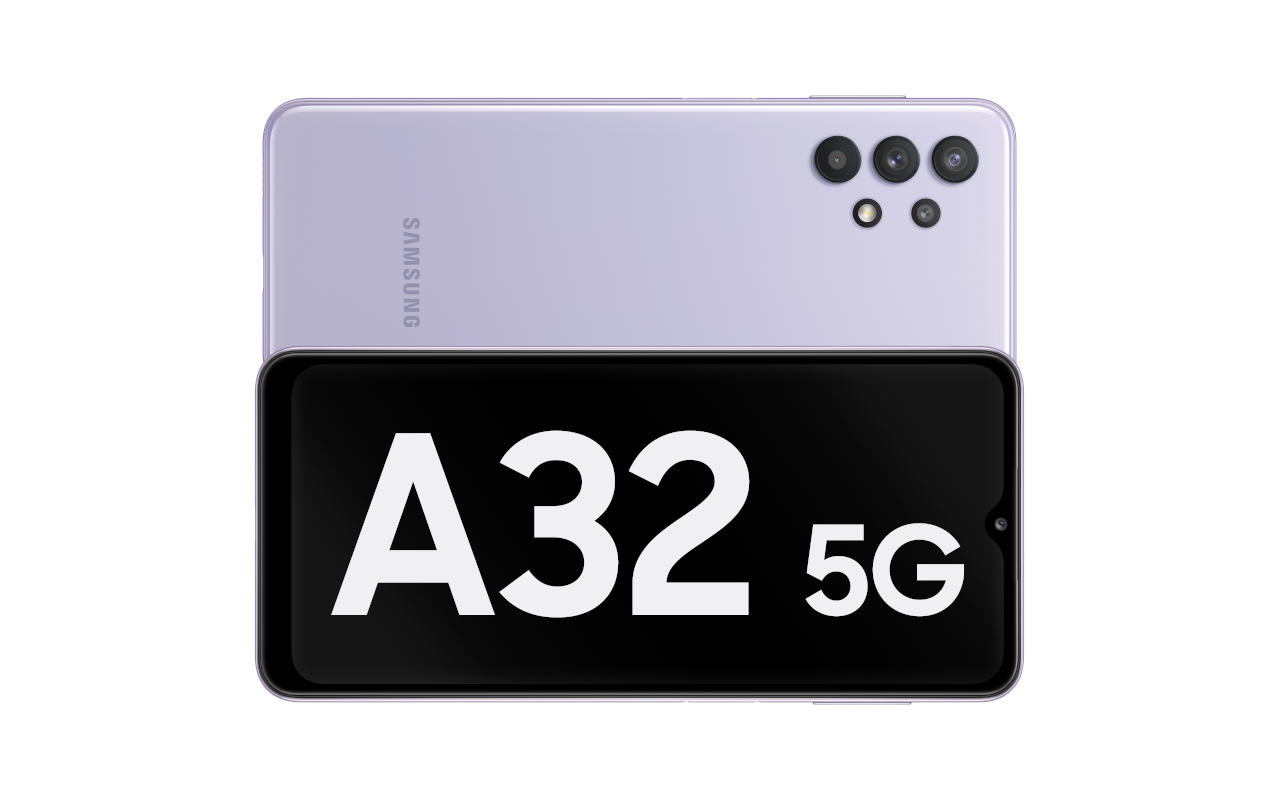 The Galaxy A32 5G has so far been announced only in Germany, with prices ranging from 279 EUR ($340) for 64GB of storage and 299 EUR ($370) for 128GB. Availability in the US has not yet been disclosed but, considering the popularity of its 5G Galaxy A series there, Samsung will most likely make it happen eventually.