Although it seems that Samsung has settled for punch-hole camera designs, it is only a temporary truce in the battle to push out bezels. The ideal, which no one has perfected yet, is to hide everything under the screen. In the meantime, Samsung is also playing with other ideas, like the flipping camera of the Galaxy A80. The Galaxy A series has indeed been a testing ground for some of Samsung’s more unconventional ideas and a new patent may describe one of the strangest ones yet.

There are many ways to make bezels disappear, especially from the top of the phone, and almost all of those involve relocating or removing the front camera. The very first to come out were the popup cameras started by Vivo and OPPO, while others like Samsung and ASUS use a single camera system that flips from back to front as needed. According to LetsGoDigital, Samsung just patented another concept that combines both ideas.

The patent describes a phone that only has one set of cameras comprised of three sensors arranged in a single vertical column. When using the cameras in a normal way, these look almost similar to the new “Contour Cut” design of the Galaxy S21 cameras, except they don’t extend to the side edge of the phone’s back.

The secret trick of this camera is that it can rise out of the body of the phone. And when it does, it rotates so that the sensors will face the opposite direction, towards the face of the phone. Instead of all three cameras, however, the camera module rises only so high that only the top camera becomes visible and usable, mimicking the appearance of a regular popup camera. 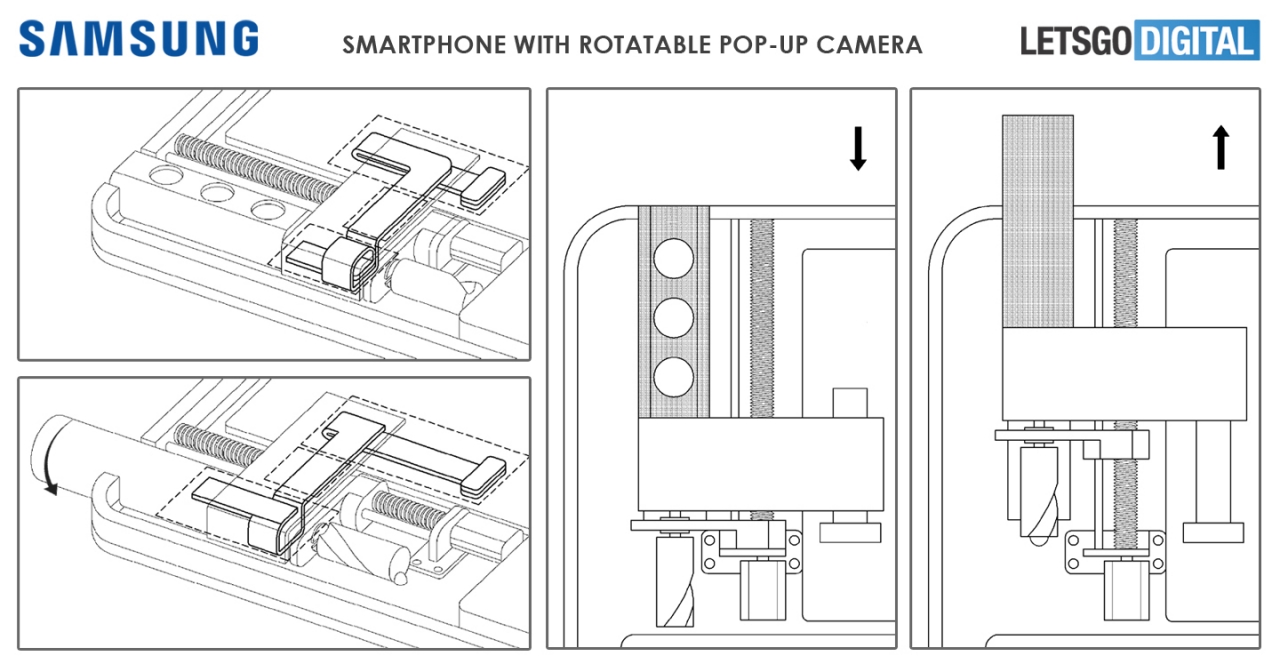 As always, a patent doesn’t mean Samsung will implement it but it’s an intriguing design nonetheless. There is a Galaxy A82 5G rumored to be in the works with a flipping, rotating camera. It might be too early to expect it to sport this rather eccentric mechanism but the Galaxy A80’s design was already eccentric in itself anyway.