Of all the Fujitsu LifeBook UH900 details still to come clear, its performance and the responsiveness of its multitouch display were top of the list.  UMPC Fever have delivered on both counts, putting the UH900 through its paces in CrystalMark 2004 together with sharing a video of the 5.6-inch touchscreen in action. 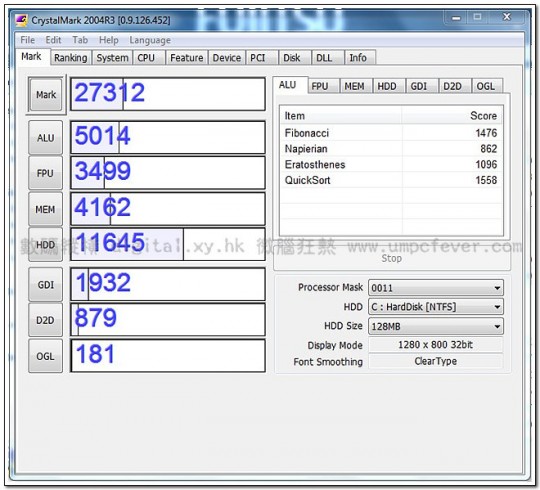 The benchmarks suggest that the UH900 is – despite only having a 1.6GHz Atom Z530 processor – almost as strong as the 1.86GHz Sony VAIO P.  Hard-drive performance is particularly high, thanks to the LifeBook’s SSD.

As for the multitouch, it’s not clear whether it’s the particular app or the responsiveness of the touchscreen in general, but the zooming seems to be delayed until after the gesture itself.  We’re expecting the Fujitsu LifeBook UH900 to arrive on the US market early in 2010.