Despite the ubiquity of smartphones with competitive cameras, instant cameras have come back in fashion. That said, its users still wish they had the flexibility of digital as well. Pocket photo printers can deliver that but they just don’t “feel” right. Sensing a potential market, Fujifilm is launching its new instax SQUARE SQ10 that hits two birds with one stone. It is the first instax camera with a digital sensor and image processor. At the same time, it is also the first instax to use Fujifilm’s new square format film.

Why square, you might ask. Why, social media, of course! Although it has long removed that limitation, Instagram popularized the use of square photos on social media. As luck would have it, Fujifilm isn’t a stranger to that, given how its instax cameras use nearly square film. The problem, however, is that instant cameras are a one time thing. You shoot, print, and it’s gone. Not so useful for posting over on the Interwebs. Fortunately, Fujifilm is no stranger to digital cameras either.

It brings those two proficiencies together in the instax SQUARE SQ10, its first hybrid instax. Which is to say, it combines a digital camera with an instant camera. No separate printer required. You do need special square film, however, as Fujifilm’s regular rectangular instax films won’t do.

There are benefits to going digital, other than backups and uploading to social media. You can have all kinds of effects and filters you can apply even before the picture is printed. There is, for example, a double exposure mode that combines two images onto a single film. You do this by pressing the shutter button twice. There is also a Bulb mode for night shots, 10 filter effects, 19 vignette controls, and 19 brightness adjustment steps. 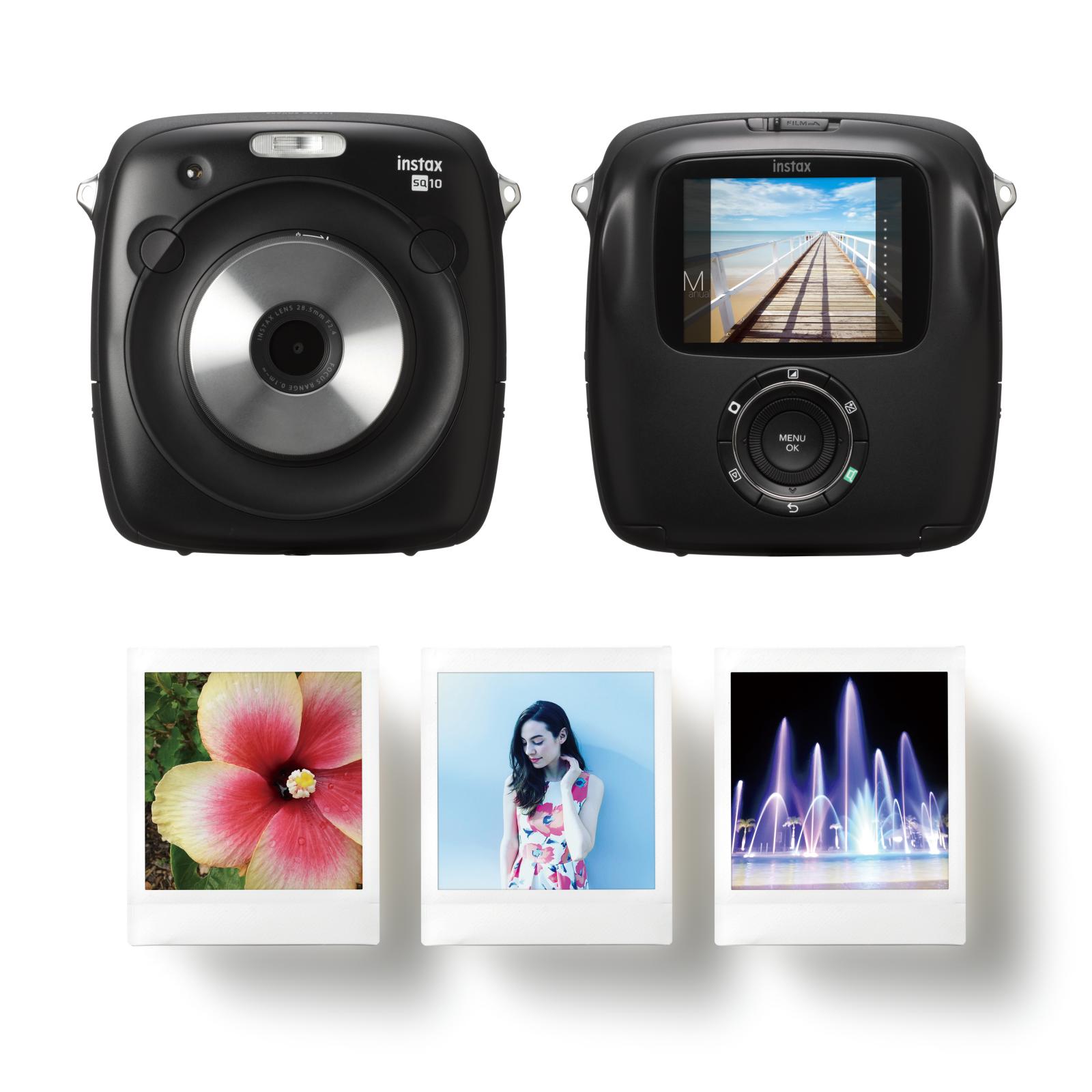 Amusingly, the camera itself takes on the shape of a more or less square box. It has a symmetrical design that applies even to its shutter buttons. Yes, plural. There are two of them, one on each side. That means that, for the first time, there is a camera that isn’t biased towards right (or left) handed people. The other button can even be repurposed as a function button.

Fujifilm hasn’t yet given the complete availability details of this odd but unique instant camera. The instax SQUARE SQ10, however, is expected to hit stores next month for less than $300.