Given the onslaught of smartphones, camera makers have had to step up to offer features that would be difficult to pull off with a mobile device. Most have started turning DSLRs and ILCs into webcams, for example, to ride on the wave of video conferencing platforms today. Fujifilm has yet another such feature that would probably be impossible with smartphones today, allowing the 102MP GFX100 mirrorless camera to generate pictures with 400MP resolutions.

It almost sounds like the opposite of pixel binning, where smartphones use adjacent pixels to produce an image that has a smaller resolution but a higher level of detail. The principle behind Fujifilm’s “Pixel Shift Multi-Shot” however, isn’t exactly new and can be found in cameras and smartphones under different names. In a nutshell, it takes multiple shots at slightly shifted positions which are then combined into a single 400MP image. 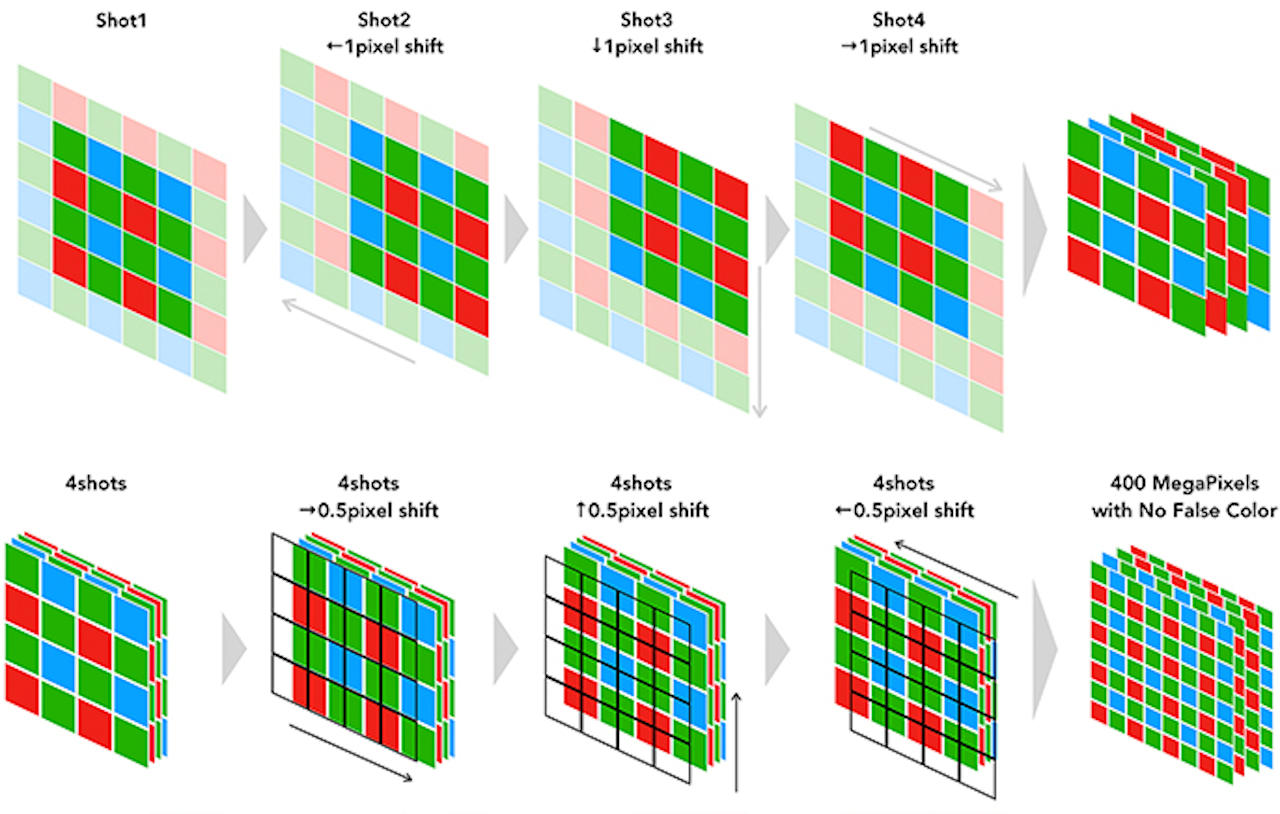 When the user presses the shutter button, the GFX100 records 16 frames in rapid succession, using the in-body image stabilization or IBIS to shift the sensor slightly at each frame. It doesn’t end in the camera, however, and requires a separate Pixel Shift Combiner software for PCs and Macs to combine those 16 frames into a single RAW file in DNG format. A different piece of software like Capture One can then turn that into a 400MP TIFF or JPEG.

The resulting image naturally contains more detail than an equivalent 100MP photo. Fujifilm claims that these 400MP images are able to reproduce more faithfully the details and colors of their subjects. Of course, that also means that file sizes are exponentially larger, too, with a single JPEG taking up hundreds of megabytes.

That might be a deal-breaker for hobbyists and even some pros but Fujifilm might not have those users in mind anyway. It is positioning this feature for digitally archiving artworks, architectures, and other cultural assets where storage is a small price to pay for being able to faithfully preserve such artifacts. Pixel Shift Multi-Shot is available in the latest firmware update to the Fujifilm GFX100 but the Pixel Shift Combiner and Capture One programs have to be downloaded separately.