The launch of the Galaxy Watch 4 series may have excited Wear OS fans because of the upcoming upgrade to their favorite wearable platform, but not everyone is a fan of Samsung or its One UI based on its old Tizen wearable OS. They would prefer Wear OS smartwatches from other brands, but they might have to wait for those to come with Wear OS 3 out of the box. In the meantime, however, those brands keep on churning out new smartwatches, like the Fossil Gen 6 that is now getting the leak treatment after the company officially teased its existence last week.

Fossil says that the fastest smartwatch is coming and it was most likely referring to how the Fossil Gen 6 will be faster than its predecessors. That’s a bit of a no-brainer if the smartwatch will run on Qualcomm’s top Snapdragon Wear 4100+. Compared to the 28nm Snapdragon Wear 3100 that used old Cortex-A7 cores, the 12nm Cortex-A53 cores of the latest wearable chipset definitely makes a huge leap in performance.

The images of the Fossil Gen 6 shared by WinFuture, however, belies that internal upgrade. Not much has changed in the design, except for the “guards” that flank the smartwatch’s middle button on the “for men” models. The display will be a 1.28-inch 416×416 OLED screen in 42mm and 44mm cases. Wristband options will include leather, fabric, and metal, but the body itself is expected to survive underwater at a depth of 50 meters. 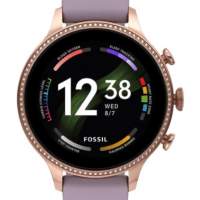 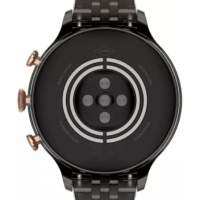 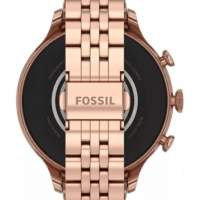 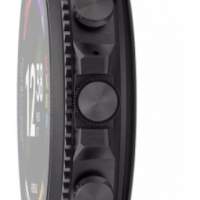 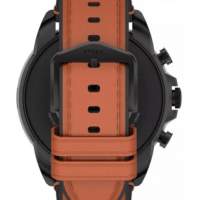 The typical sensors and tracking features are also present, including steps, sleep, and even SpO2 for blood oxygen levels. It will have built-in GPS, of course, for recording your runs. With typical use, Fossil says the smartwatch will last a day before needing a recharge.

It will run Wear OS, but not the one many are hoping for. That said, Google did say that some Wear OS 3 features will be coming to Wear OS 2 smartwatches. Whether the Fossil Gen 6 will be upgraded to Wear OS 3 next year, however, is still an open question.