Epic’s battle royale game Fortnite is home to a large island containing various elements, some more prominent than others. These elements are not easily found in most cases — you’ll have to stumble across them or go hunting for them, otherwise, you may never see them. That’s the case with Pipeman, a human-shaped structure made out of large pipes that is sequestered away behind a large mountain…or, at least, it was before it started moving.

Players first noticed the Pipeman moving early last week — it went from its perch on the mountain ledge where it has been for many months and instead moved down toward the cabin located near Apres Ski Lodge. It is clear this wasn’t a bug — the Pipeman is shown using a large log as a hiking stick and his legs are positioned mid-step.

The character hasn’t moved in around 1.5 weeks, however, raising questions over what, exactly, Epic has planned for the simple statue. This may be a fun Easter Egg for players to discover and nothing more, or it may hint at some larger plan that involves the structure. 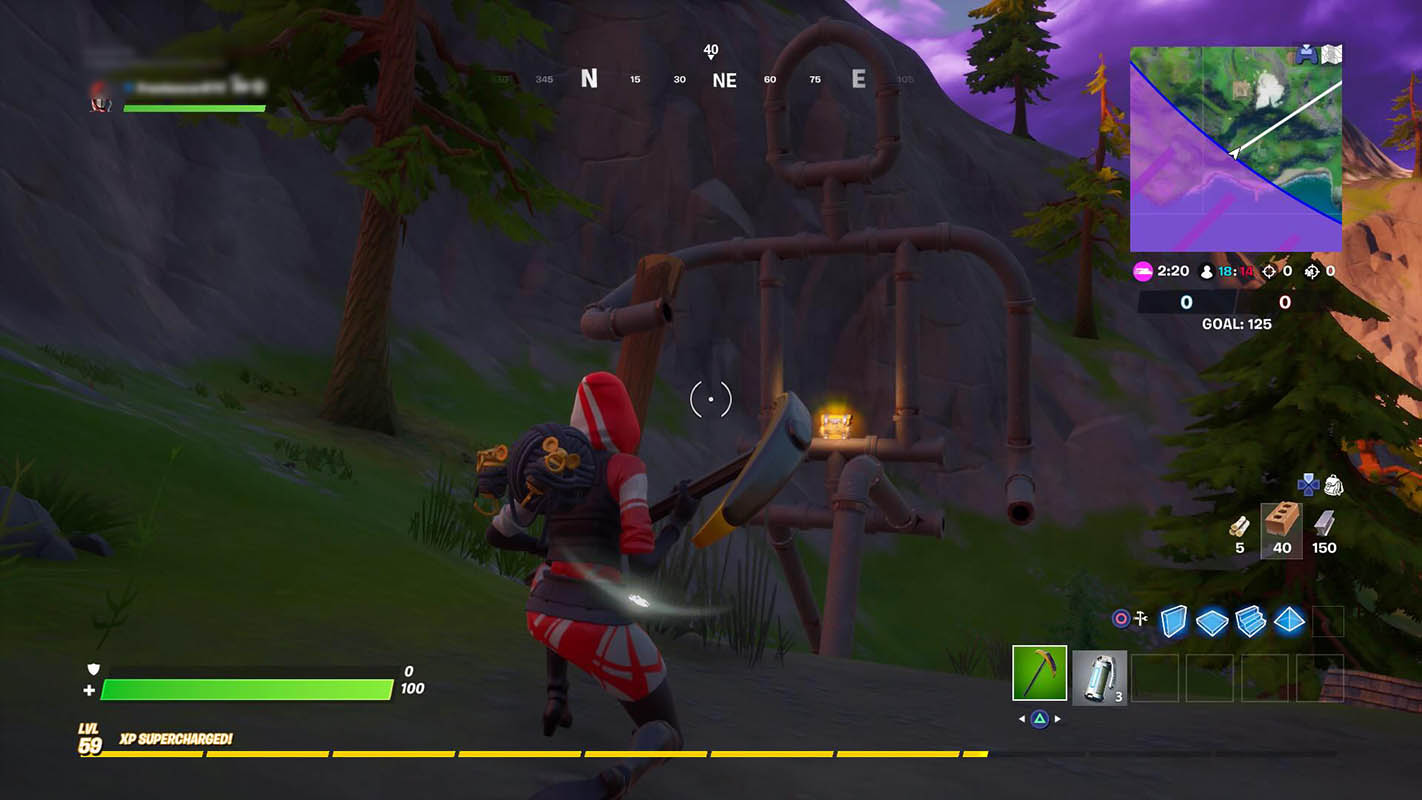 As the images show, Pipeman is still carrying its chest — perhaps the new location is simply one that players are more likely to visit since there are multiple nearby buildings. The lack of additional movements over the past couple of updates seems to indicate that the character isn’t involved in something major, but again, only time will tell.

Of course, this isn’t the first time a character in Fortnite has started moving around the map. There was the notorious ‘Kevin’ cube that started moving one day, something that kicked off a trek around the entire map and lots of mysterious amusement that kept players interested for weeks.