Epic Games returned its classic Dusty Depot location on the Fortnite battle royale island with the arrival of Season X on August 1. It’s clear that time warping has some major role in this season’s plotline as evidenced not only by the location’s revival, but also the giant meteor that destroyed it being frozen in the sky just ahead of impact. Players have noted that the revived location is now evolving.

Dusty Depot, for those unaware, was the original ‘Dusty’ location in Fortnite Battle Royale. The destination is in the center of the island and was, in the earlier game seasons, fairly barren with the exception of three large barn-shaped warehouses. The location was transformed into Dusty Divot due to the impact of a large meteor a handful of seasons ago. 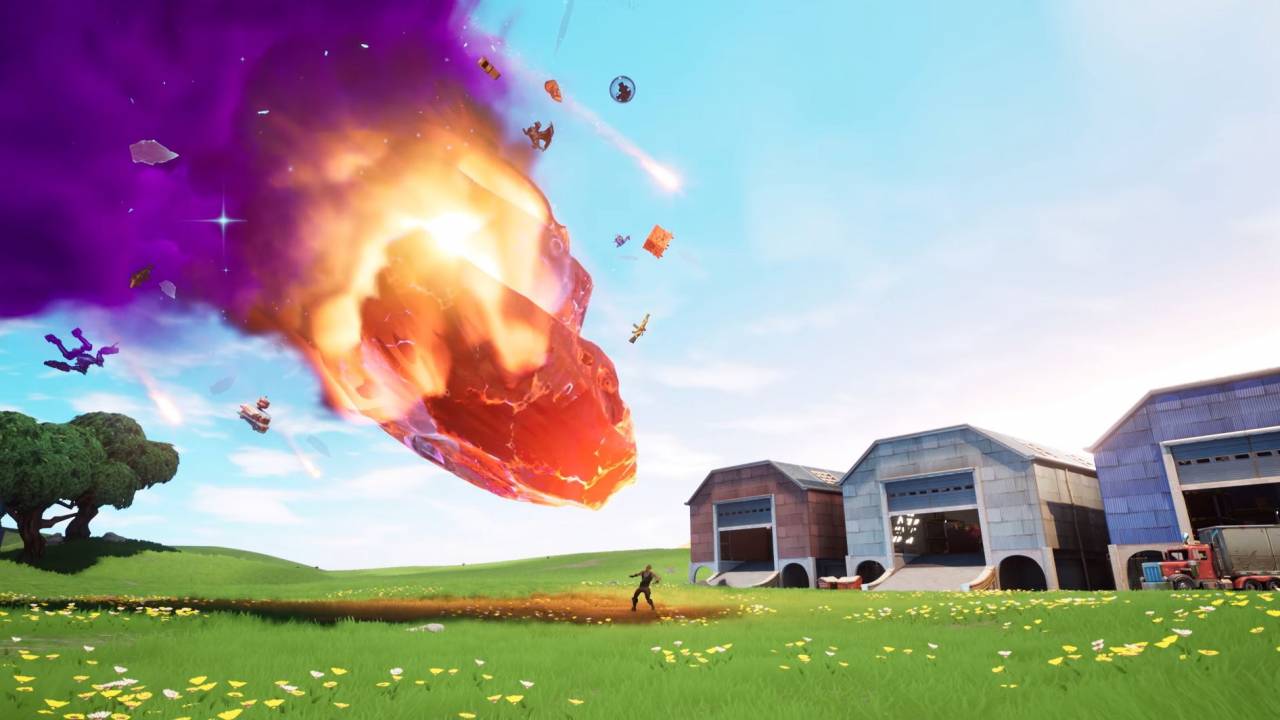 The damage was reversed, the meteor frozen, and the barns restored. Changes to the destination indicate that in the game’s wider storyline, residents of the island are studying the frozen meteor and, perhaps, taking steps to prevent its destruction of the land just behind the three buildings.

A pair of screenshots recently shared on the FortniteBR subreddit show the small subtle changes currently made to Dusty Depot. Some racks have appeared near the crumbled walls surrounding the barns, as well as some pallets and at least one shipping container. Additional chests and other items have also appeared at this destination, indicating that more players will be going to it in the future.

Dusty is slowly evolving. More items are appearing around it. (New chest spawns, pallets, and metal racks) from r/FortNiteBR

Those aren’t the only changes to this location, however. Players have also recently spotted a telescope and a chair on top of one of these barns. The telescope is facing the meteor, teasing that the island’s residents — or government officials, perhaps — are aware of and currently monitoring the frozen space rock. Research materials, such as a computer, have also appeared in one of the buildings.

Though it’s too early to say what these changes indicate, players are already speculating. One popular idea is that Epic is slowly taking the island backward in time and we’ll see the version of Dusty Depot that existed before the battle royale game’s first season. Another (more plausible) guess is that steps are being taken to divert or otherwise prevent the meteor strike, rewriting history so that Dusty Divot never existed at all.