A new Fortnite update has landed, and it’s bringing a new event with it: Fortnitemares 2020. This Halloween-themed event serves up an interesting twist on standard Fortnite gameplay, allowing players a chance to get revenge after being eliminated. We’ll also see a special in-game Halloween performance by J Balvin, so Fortnite fans staying in this Halloween because of the pandemic will still have a virtual party to attend.

In Fortnitemares 2020, Shadow Midas has returned with an army of henchmen and has taken over The Agency. When you’re eliminated in either Solo, Duos, or Squads, you’ll be able to continue playing as a shadow and haunt living players, potentially bringing about their early demise by doing things like possessing vehicles.

As with all Fortnite events, there will be a set of challenges to complete, and you’ll unlock new items as you do that. New items you can add to your collection include the Midas Shadow Wrap, the Smash O’Lantern Pickaxe, and the Bobo Back Bling. You’ll be able to find new items in-game as well, including the Witch’s Broom and the Fiend Hunter Crossbow. 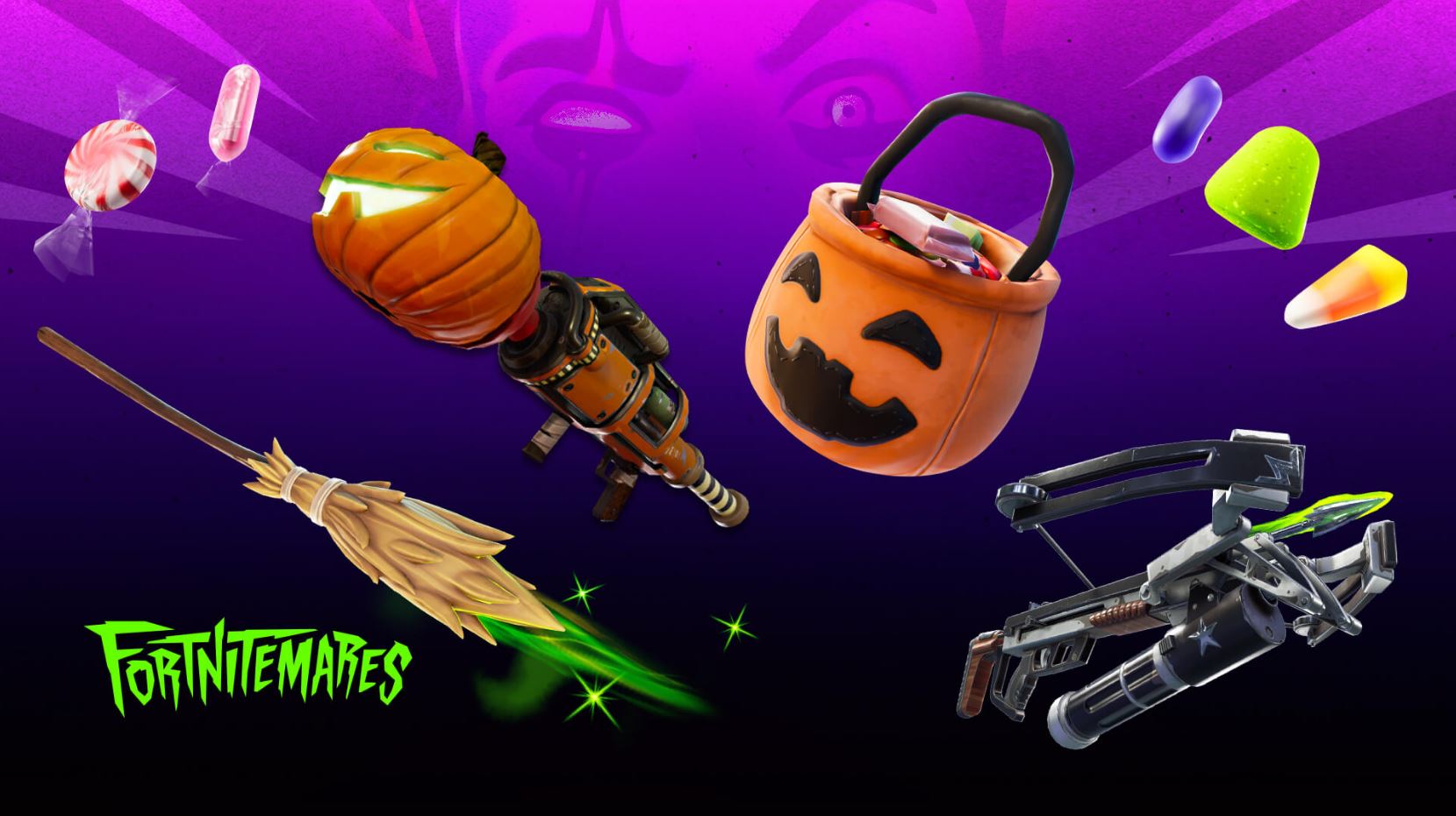 As far as that in-game performance is concerned, you’ll be able to join Party Royale at 9PM ET on October 31st to catch a performance by J Balvin on the main stage. Epic has created a separate blog post about the Afterlife Party, which details when the show will be rebroadcast. There’s also a Party Trooper Outfit available in the store until November 1st at 8PM ET, and showing up to any of performances in Party Royale with it on will unlock a special J Balvin style.

Please note the patch size will be larger than normal on PC (approx. 27 GB). This is to make optimizations on PC resulting in a massively reduced Fortnite file size (over 60 GB smaller), smaller downloads for future patches, and improved loading performance.

In addition to all the new content going live today, the Fortnite Status twitter account says that the new patch is around 27GB in size on PC. While that’s larger than normal, Epic says that once it’s been applied, it will dramatically reduce Fortnite‘s overall file size, shaving off more than 60GB. The update is live now, so give it a download and take it for a spin.