It’s that time of the year again: Epic Games has rolled out its latest Fortnite Halloween celebration with four weeks of new experiences, spooky skins, and other fun things to keep players entertained. This year’s Fortnitemares event includes the return of a previous Limited Time Mode, as well as new Halloween skins, new weapons, and more.

Fortnitemares 2021 kicked off with October and will run for the next four or so weeks through November 1. During this time, players will get to buy some new Halloween-themed skins, watch “Shortnitemares” during the next Short Nites film festival in Party Royale, and play a Fortnitemare LTM that hasn’t been around in a while. 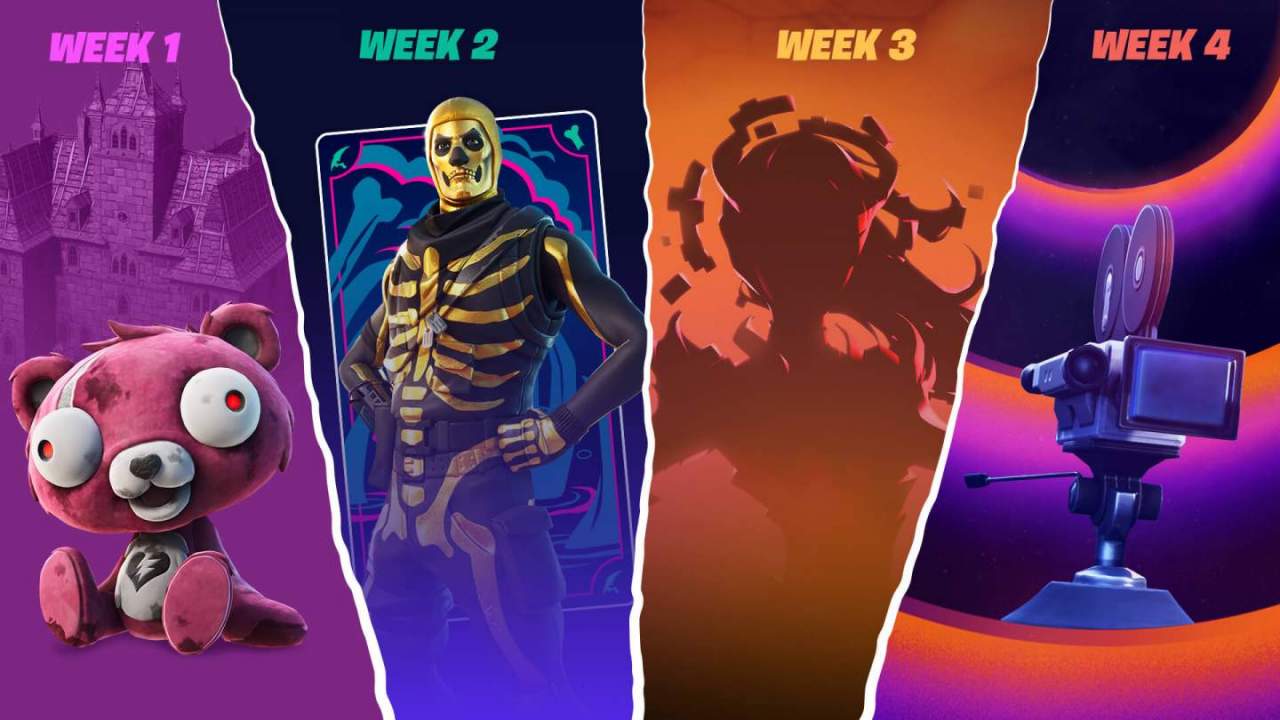 Among other things, Fortnitemares includes the arrival of Dual Field Hunters, which are essentially a dual pistols version of the Field Hunter Crossbow — yes, that means you get two smaller crossbows per hand. These dual crossbows fire more rapidly than the previous crossbow while causing more damage to the Cube Monsters.

Speaking of cubes, Epic says this year’s Fortnitemares event will include an escalation of the cubes’ “domination” across the island. It’s unclear whether that means we’ll see them form the cube city that was leaked as the next POI or if there’s something else in the pipeline. Regardless, it’ll likely be a couple of weeks before whatever that change is arrives.

Epic isn’t announcing everything that will happen this month, noting that it’ll return with additional information — including when the next Short Nite will happen — in the coming days. Until then, players can hop into spooky LTMs, fight cube monsters with the new crossbows, and check out the latest Halloween costumes in the Item Shop.