As promised earlier in the week, Fortnite season 9 kicked off this morning. We seem to be heading into the future with this update, as Tilted Towers – which was destroyed by the erupting volcano last week – has been replaced with a new location called Neo Tilted. There’s also a new area called the Mega Mall to explore, along with a new kind of transportation system that will get you around the map quickly.

Slipstreams, as they’re called, create tunnels of wind that can quickly carry players to a new location. They’ve popped up all over the map, and they can even be used to launch vehicles and projectiles. We can probably expect to see a lot of clips of the fancy plays that are made using Slipstreams, so keep an eye out for those. 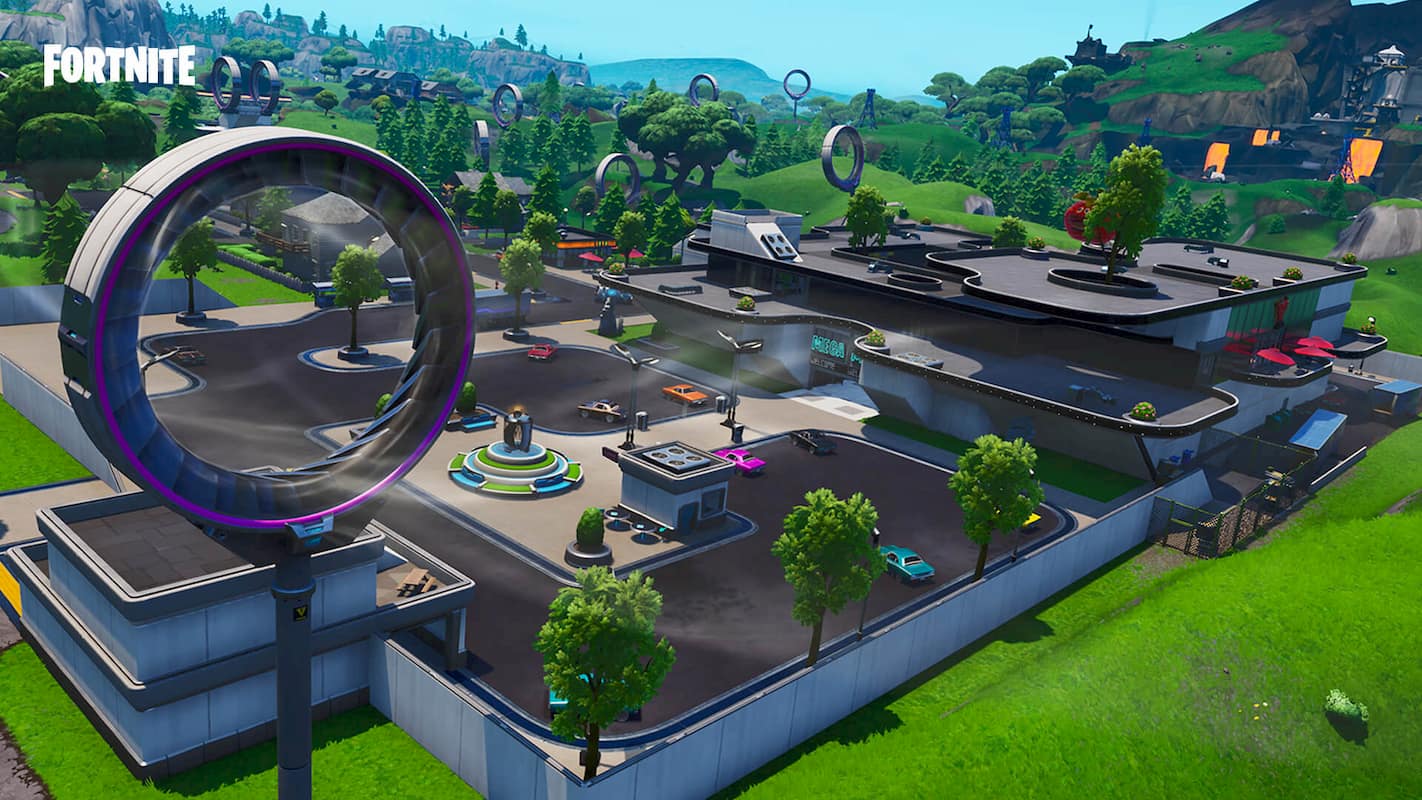 Air vents, another way to get around, have also started appearing in the environment. It sounds like they aren’t as powerful as Slipstreams, as they’ll only launch you a short distance, but they do also grant immunity to fall damage, so you can use these to potentially get the drop on your enemies quickly.

As is usually the case at the beginning of a new season, a ton of items have been vaulted. That long list includes Clingers, Buried Treasure, Pump Shotguns, Poison Dart Traps, Scoped Revolvers, Suppressed Assault Rifles, Thermal Assault Rifles, and Balloons. Grenades, on the other hand, have been unvaulted, so get ready to chuck some of those at enemies who are holed up in their structures.

Finally, there are three modes in the LTM rotation today. The first is trios, which is a standard battle royale match with three players to a team instead of four. Then there’s Solid Gold, a battle royale mode that outfits everyone with legendary weapons. The third and final LTM for season 9’s launch is One Shot, which has everyone using only sniper rifles and bandages in a low-gravity match.

So, there’s a lot that’s being added (and a lot that’s going away) with the launch of season 9, and Neo Tilted is probably going to have a lot of visitors in the days to come. You can read more about the bug fixes and tweaks shipping with this update in Epic’s full patch notes, but otherwise, hop into the game and start exploring the latest iteration of Fortnite’s ever-changing map.