The Fortnite Season 6 update is released and all players should, by now, have their updates activated on all platforms. The release date for this update meant we’d inevitably see some Halloween goodness splayed across the gameplay map and the store – and what do you know, it’s all here, it’s all happening! In addition to some creepy and/or spooky happenings in the landscape, there’s now a puppy dog. It’s a puppy dog, it’s so super cute!

Below are all the new features for the Season 6 update to Fortnite, combined into a lovely 10-item list. The list is in a sort of order, but I dare you to guess what the order is. Is it in order from worst to best? Perhaps it’s a list from spookiest to most cute!

One of the couple most obvious changes made to the game was the addition of a super creepy castle to the map. It’s super spooky and medieval, and there’s loot in there too. Don’t get too creeped out when you start to see other players ghosting through the walls.

Assuming you’ve chosen the man known as Dire for your skin, you’ll want to know what lies ahead. You’ll start as the man, of course, but down the line you’ll begin to transform. As you level up your Battle Pass, you’ll turn into a werewolf. And there’s no coming back, as we all know, because of our passing knowledge of werewolf lore. 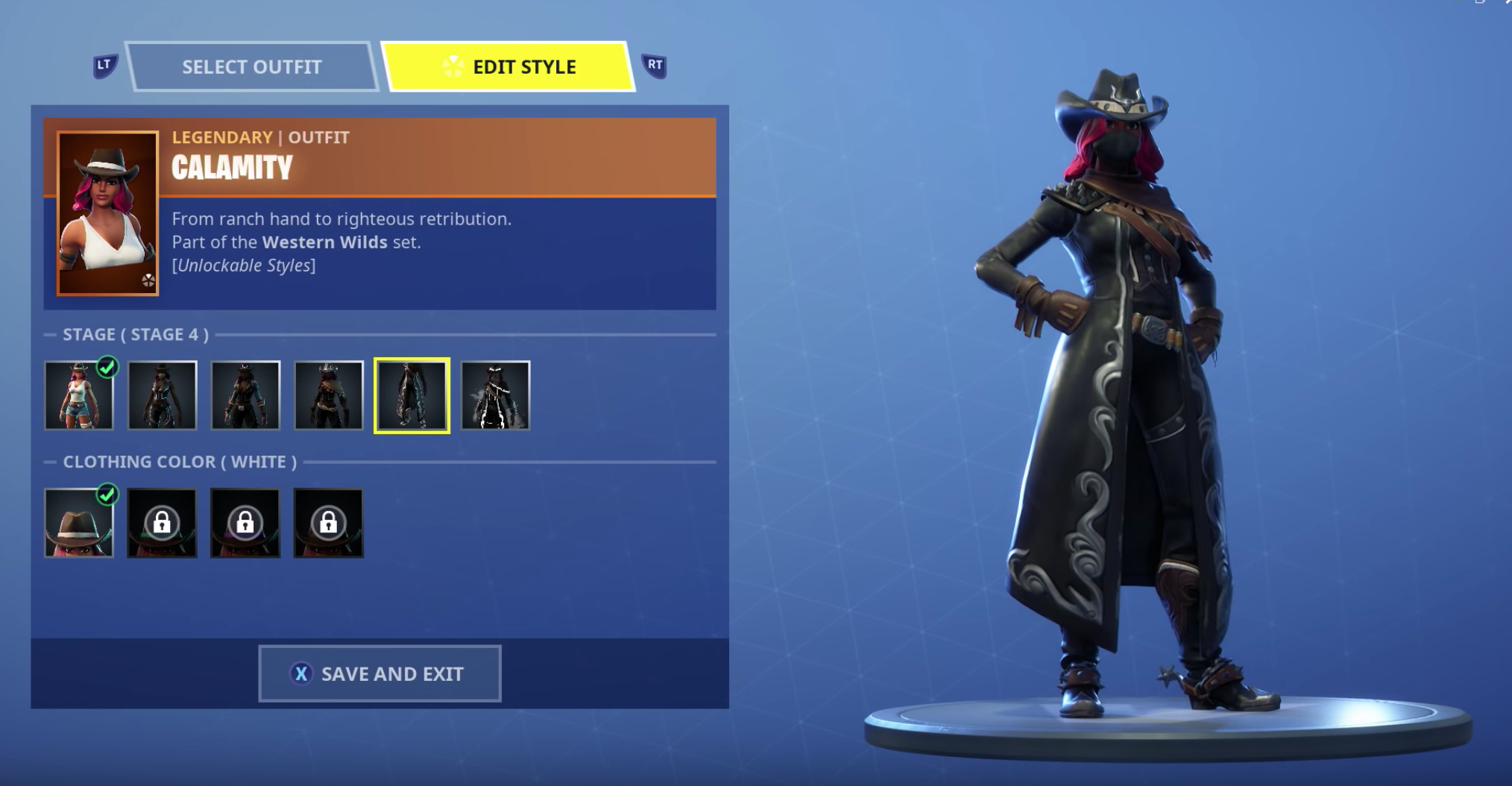 Calamity starts as a cowgirl and transforms over time into a more hardcore people-ending assassin sort of deal. She’s eventually wearing all black and she’ll don a face mask, too. She starts pretty fancy and gets kinda dark!

There’s a DJ Yonder (shown below, with the rest) that rolls with a llama mask and has light-up pants – so fancy! There’s Giddy-Up, a llama-riding costume-wearing fellow. Fable, a little red riding hood-sort of character. There’s Nightshade, fully clad in a black cloak with a big tomato head. 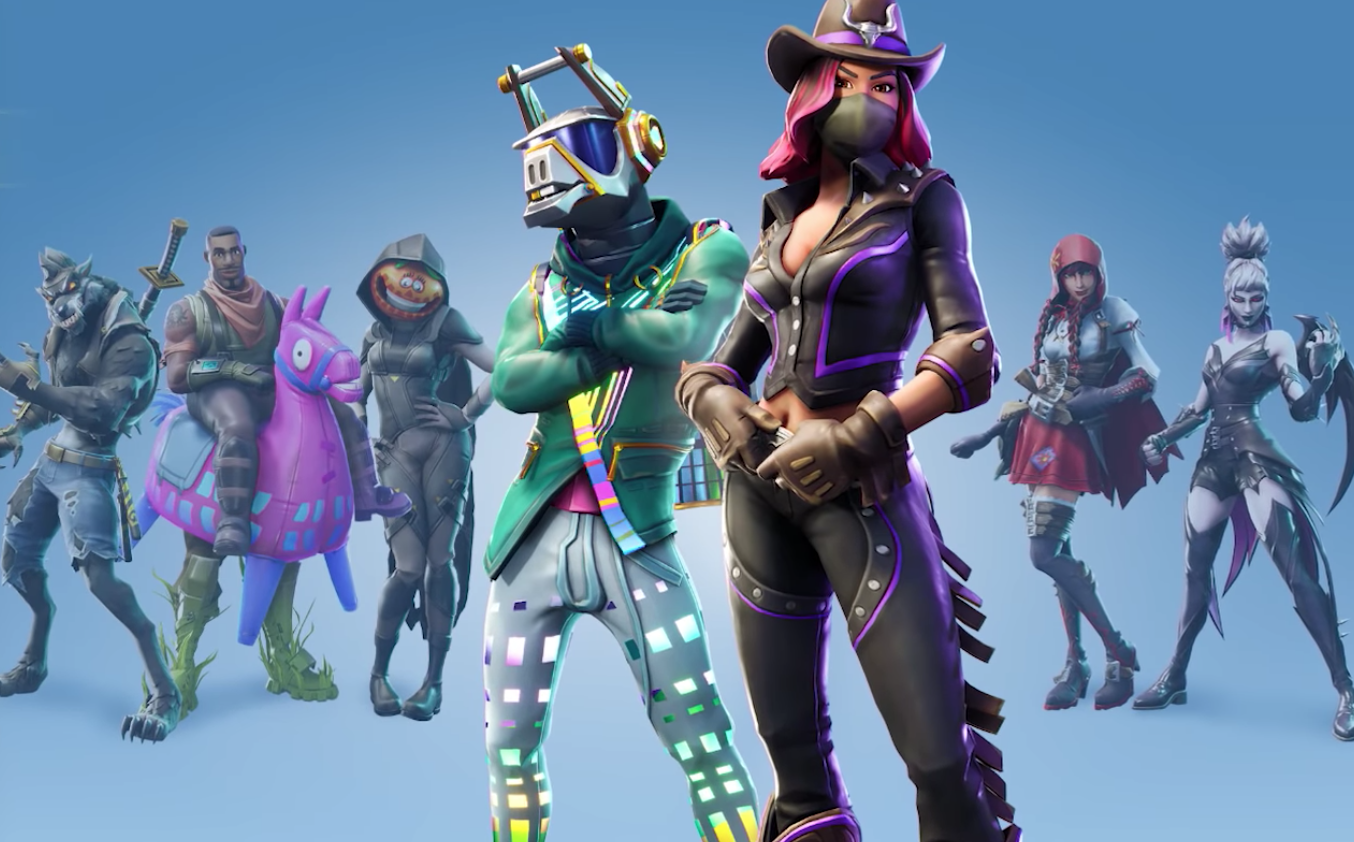 Oh my god The Cube, how much I dislike its very existence. Now in this season this monstrosity is under a floating island over Loot Lake. You’ll see this advance in the ever-stranger changes of the game in the trailer below:

There’s a new Halloween Store in Retail Row. Now, if only the store would give you free costumes just in time for the holiday – but alas, it does not. It is a store, but it is not a store in which you can attain a thing. Instead of showing the store here, I’ve included a video showing what the newest battle pass contains, straight from Epic.

The Wailing Woods has had some transformations going on – largely thanks to the cube. You might also find some more cubes, too – miniature cubes, the sort that you might want to attain for yourself, given their power. These cubes are called Shadow Stones.

A consumable item known as a Shadow Stone turns a player into a ghost. If that player stands still, they’ll be completely invisible – sorta like a Predator. This effect lasts for 45 seconds and ends immediately if you pull out a weapon. You can still be hurt when in ghost mode.

For 45 seconds you’ll be able to jam yourself forward, back, up, or down (depending on where you started) through items and the sky with the greatest of ease. It’s kinda like you’re Kitty Pryde, but you only get 45 seconds in which to become incorporeal – after that you’re back to normal (gravity included). This ability is included with a Shadow Stone.

While you’re in shadow form (or ghost form, or whatever you want to call it) you’ll still be able to travel through rifts. You won’t be able to pull out your parachute, but you also won’t take damage if you fall out of a rift and hit the ground. Don’t get too crazy here with figuring the physics.

In the mis this season are three new backpacks. You’ll find one each of the following: A chameleon, a Dragon, and a puppy dog! These animals can make noises, they react to the situations in which you’ll get yourself, and they move around like crazy. They don’t DO anything to affect gameplay – they’re just super cute. 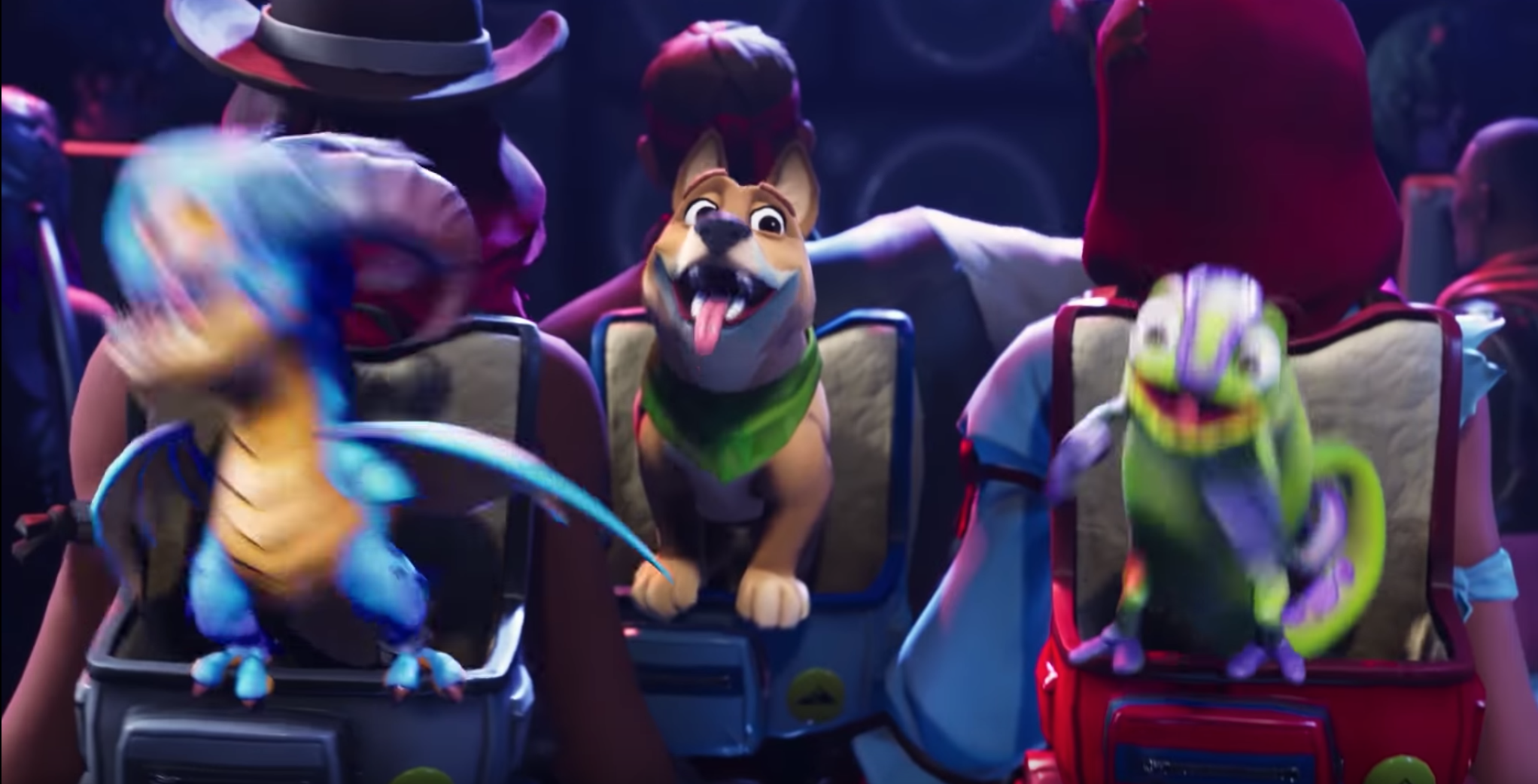 Have a peek at the timeline below for more information on this update. And make sure to stick around as we continue to follow the most popular game in the world right this minute! Epic Games is in the mix.