It started innocently enough. Android users are no stranger to iOS getting first dibs on apps and games, as long as they eventually get their share. At first, it seemed that was what Epic Games was doing for Fortnite Mobile on Android. Instead, it turned into a rather complicated situation involving revenue sharing and security. But more than just potential security problems, Epic’s decision to shun Google could, if unchecked, undo many of the things the Android community have been working towards for the past few years.

It’s all about the money

At least Epic Games was upfront about the reason they didn’t want to distribute Fortnite on Google Play Store. The outspoken CEO and game developer Tim Sweeney made it clear: they consider the 30% cut that Google gets is disproportionate to the costs of developing the game, paying developers, maintaining the game. They may have a point since the 70/30 revenue sharing has always been a sore point for developers big and small. When your revenue comes in $1 purchases, getting less than that does seem unfair.

That said, Sweeney also says the revenue sharing system is justified on consoles where console makers like Microsoft, Sony, and Nintendo invest a lot of time and money on developing hardware and software. That carries the implication that Google doesn’t when it comes to Android, not even on software. What Epic conveniently leaves out of its statement is the fact that they are distributing Fortnite on iOS via iTunes App Store, which also gets a cut from any purchase done through the app store, which is the case for any app installed from the app store. 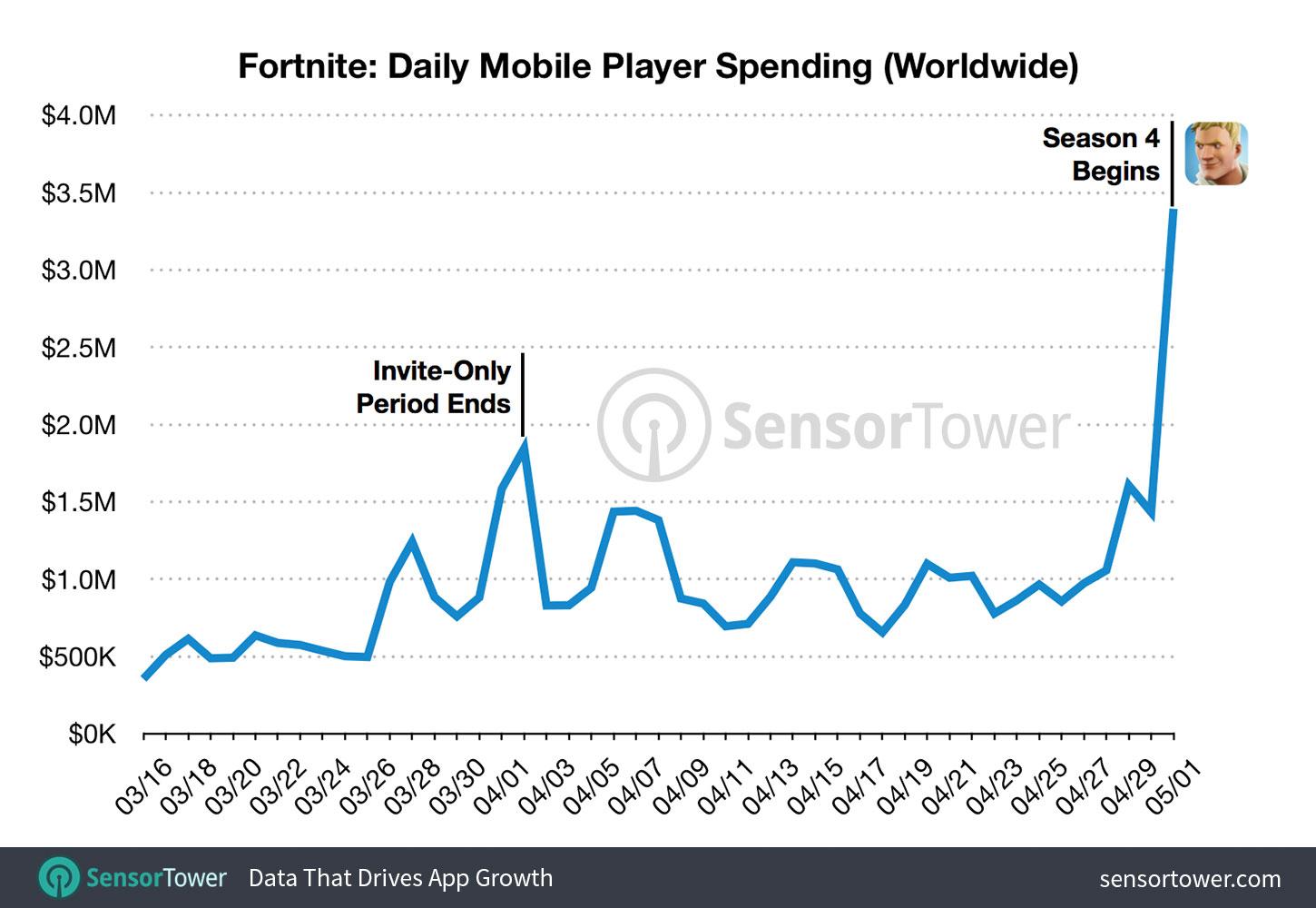 So what’s the difference? In Apple’s case, Epic really has no choice. Unless they want to cater to only jailbroken devices, they can only distribute through the iTunes App Store and play by Apple’s rules. It has much more wiggle room on Android, which is why it is bold enough to defy Google. Given how Android’s open ecosystem is being used against it, from security exploits to EU rulings to revenue sharing, Google might actually be convinced to do things Apple’s way in the future.

While revenue sharing has been the focus of Epic’s justification for snubbing Google Play Store, what it really wants is to exercise full and total control, from installation to updates to monetization. And who doesn’t? Even Google wants as much control it can get away with, which is, to some extent, what Google Play Services do. As a company the was born and grew from PC games, Epic wants to enjoy the same freedom and control it has always had, on any platform. It’s no wonder why Tim Sweeney has been very critical of Microsoft’s Universal Windows Platform (UWP) thrust.

On PCs, software and game developers can distribute and control their software as they see fit. Distribution channels like Steam, GOG, and publisher-specific platforms are just that. Steam may also offer some perks but they are completely optional. And, of course, Epic doesn’t want to give that up if it can (and it can’t on iOS). 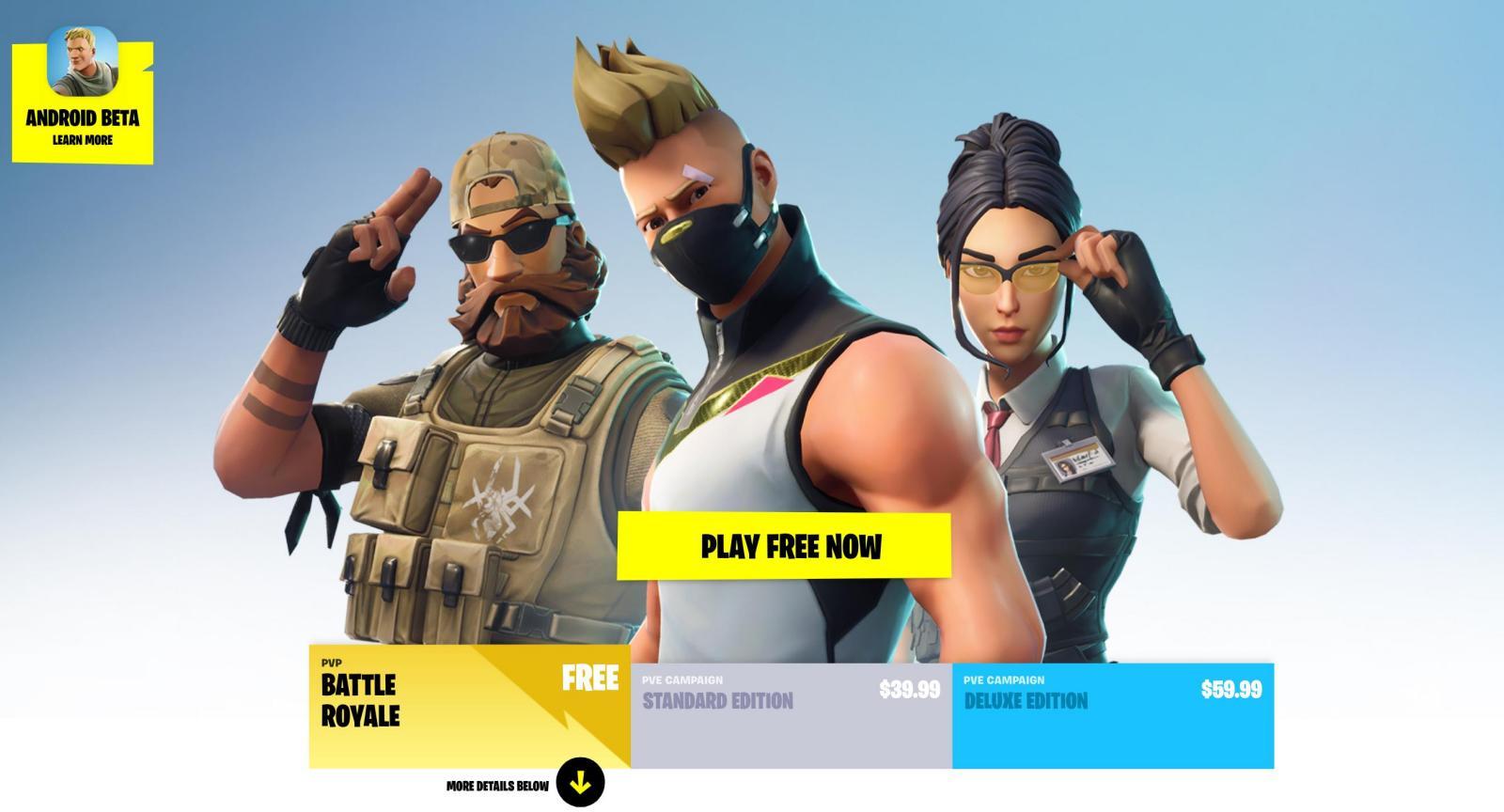 The Google Play Store, however, is more than just a middle-man, as Epic calls it. Yes, it is a distribution channel but it is also part of a larger framework designed to offer a standard set of features for the disparate Android devices in the market, from cloud storage to cloud messaging. It also provides protection, albeit imperfect, against malware and scams. For a game like Fortnite, Epic might not care about the parts of Google Play Services that benefit all Android apps in general. Which is also why its strategy, despite its statements, is perhaps a bit shortsighted and selfish.

Whether it intends to or not and whether it likes to or not, Fortnite’s distribution method could start a trend that would erode the value of and confidence in Google Play. It may be the only one right now, but it could inspire other big publishers and software developers to follow suit. They wouldn’t want to be left out of the profits, after all. And when that happens, Android will no longer have one trusted place to get their apps and games. App downloads will carry the same risk and worry that PC users have when getting Windows software.

In addition to security concerns, this also means that each and every source of apps and games will have their own way of managing apps. Even now, Fortnite on Android requires its special installer to always be there in order to receive updates. So instead of having just one place where users can update Android apps, they will have to mind each and every one of those. To each his own, in other words.

My definition: On an open platform, users are free install software from any source they choose, and developers are free to reach users and engage in commerce directly.

As a champion of the open PC ecosystem, Sweeney argues that it should be the case. Such an open platform would indeed be ideal but, unfortunately, that’s not how history unfolded. It’s too late to put the cat, or cats, back inside the bag now. Google and Android partners have been working to unify and secure the platform for the past years, a time when game developers like Epic weren’t even considering mobile to be a serious platform.

It’s easy to paint Google as the bad guy, “The Man”, that the revolutionary Epic Games is standing up against. Epic, however, is no David and is actually a Goliath in the gaming industry. It wants the public to know that it is trying to protect the welfare of its developers. It may not, however, care for the welfare of other non-Epic developers, especially the indies and solo ones.

Epic has the luxury to give Google the cold shoulder because it has the resources to. It has the servers to distribute and update its APKs, systems in place to check against piracy and malware, and the money to advertise its game and make sure it’s on every front page or ad. And users can be confident because they trust Epic’s pedigree.

Those are the very same conveniences that Google gives developers via Google Play Services. Epic’s strategy might be a subtle call to boycott Google Play Store but every few can afford to. Only those big developers that can foot the bill.

The Google Play Store is far from perfect. It is inadequate and boring. Given recent events, it’s high time for a revamp, not just in design but also in policies and, of course, revenue sharing. But to write it off simply as a way for Google to milk developers dry is a huge leap in logic. It’s especially rich coming from a giant company such as Epic Games. If it were really sincere in protesting the unfairly large cut app stores get, it would have refused to make the game available on iOS as well. But then it wouldn’t get that $50 million that it did in just two months in Apple’s walled garden.