Epic has added the fabled ‘Atlantis’ point of interest to Fortnite, though that isn’t its official name. It seems ‘Atlantis’ was used as a codename for the actual destination, which is called Coral Castle. The name fits in with the other naming conventions used in the game, making it a bit more unique than the arguably generic ‘Atlantis’ moniker. Some things about Coral Castle are as expected, however, including the location’s unique design.

We’ve known about the new destination for a while — it was previously leaked a number of times by data miners. Though some details were still missing, we learned where Coral Castle would be located on the map, as well as its recessed design. Both of those details have proven true; the new location is roughly where ‘The Shark’ was in Season 2 and it does, indeed, have towering waterfalls surrounding it. 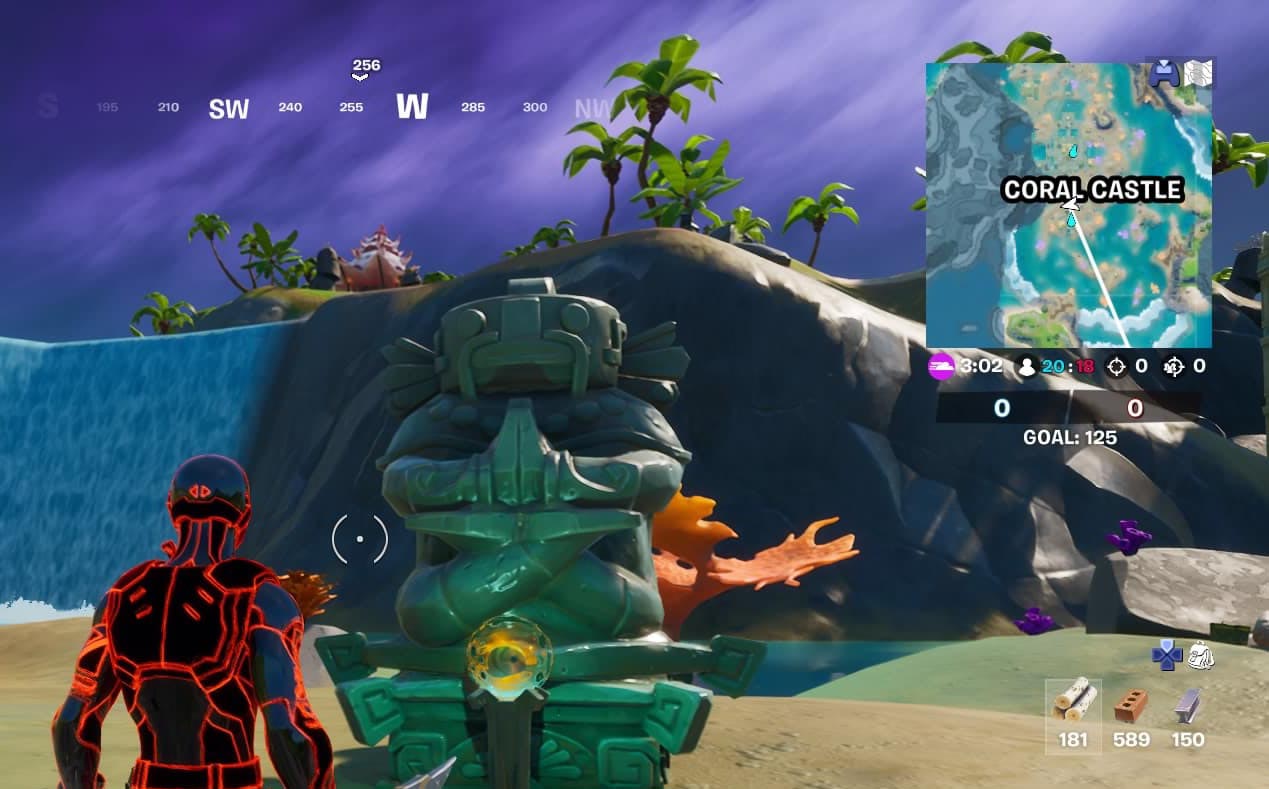 The location builds upon the Aquaman element in the game, adding an ocean-themed metaphysical destination with fish deity statues, glowing mystical orbs, and lots of coral of both the large and small varieties. The landscape is predominantly sand and water with a stone-built building in the middle.

The nature of this destination makes it tricky — though it is a nice new novelty that will help the game feel a bit fresh after weeks of Season 3 gameplay, its recessed nature makes it something of a vulnerability to players. Because the recessed land won’t be easy to escape, it could give opponents a prime opportunity attack — like shooting fish in a barrel, more or less.

With that said, the destination does feature a considerable amount of loot, potentially making it worth the fight. Likewise, Epic has added challenges related to the new destination, the easiest one being a simple visit to the new POI. Coral Castle aside, the update further reduced the island’s water levels, causing the Fortilla to rotate, Slurpy Swamp to return, plus there’s a new spaceship to be found at Craggy Cliffs.