Fortnite Chapter 2 detailed: Five major changes you should know about

After forcing players to wait since midday on Sunday, Epic has released Chapter 2 in its hit game Fortnite, introducing an entirely new battle royale island complete with new Points of Interest, weapons, skins, vehicles, and a new Battle Pass season. Though the refreshed game is live, Epic hasn’t released proper patch notes for the update yet, leaving players to discover many changes on their own. 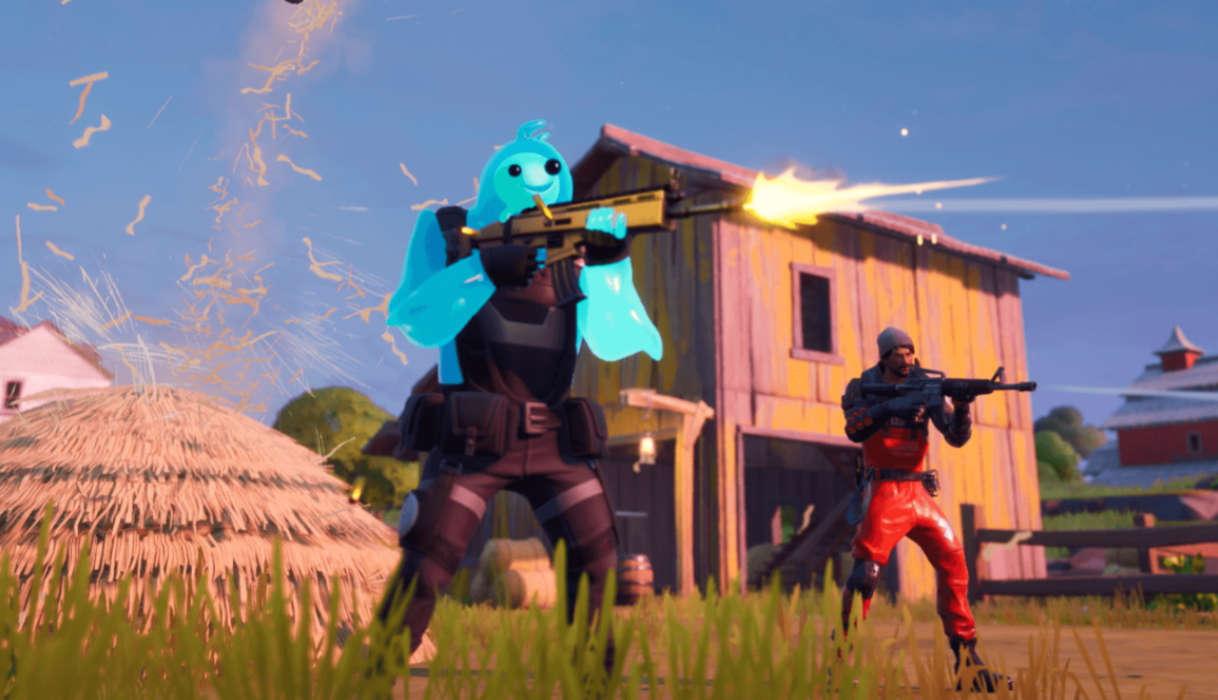 One of the biggest changes in Fortnite Chapter 2 is also the most expected: bots. The company revealed shortly ahead of its major update that it would introduce bots in this season, something that’ll help fill matches for lower-skill players who are matched with other players in the same rank. According to the company, players will see fewer bots as they increase their skill levels.

Though the bots are designed to act like real players, they’re not quite as capable, meaning you can easily tell the difference between human and machine…most of the time. Bots tend to destroy structures mindlessly, can be found stuck in corners, and they aren’t terribly quick with their attacks. Many players are praising the bots as making the game more fun, finally giving them their first real chance at getting a Victory Royale.

Yes, the rumors are true — players can now upgrade their weapons using materials in Fortnite. This new option is made possible by crafting benches located randomly (and relatively scarcely) throughout the new battle royale island. Though the upgrades require precious metal and brick materials, it’s a solid way for players who can’t find more than a common tier weapon to give themselves a quick boost. 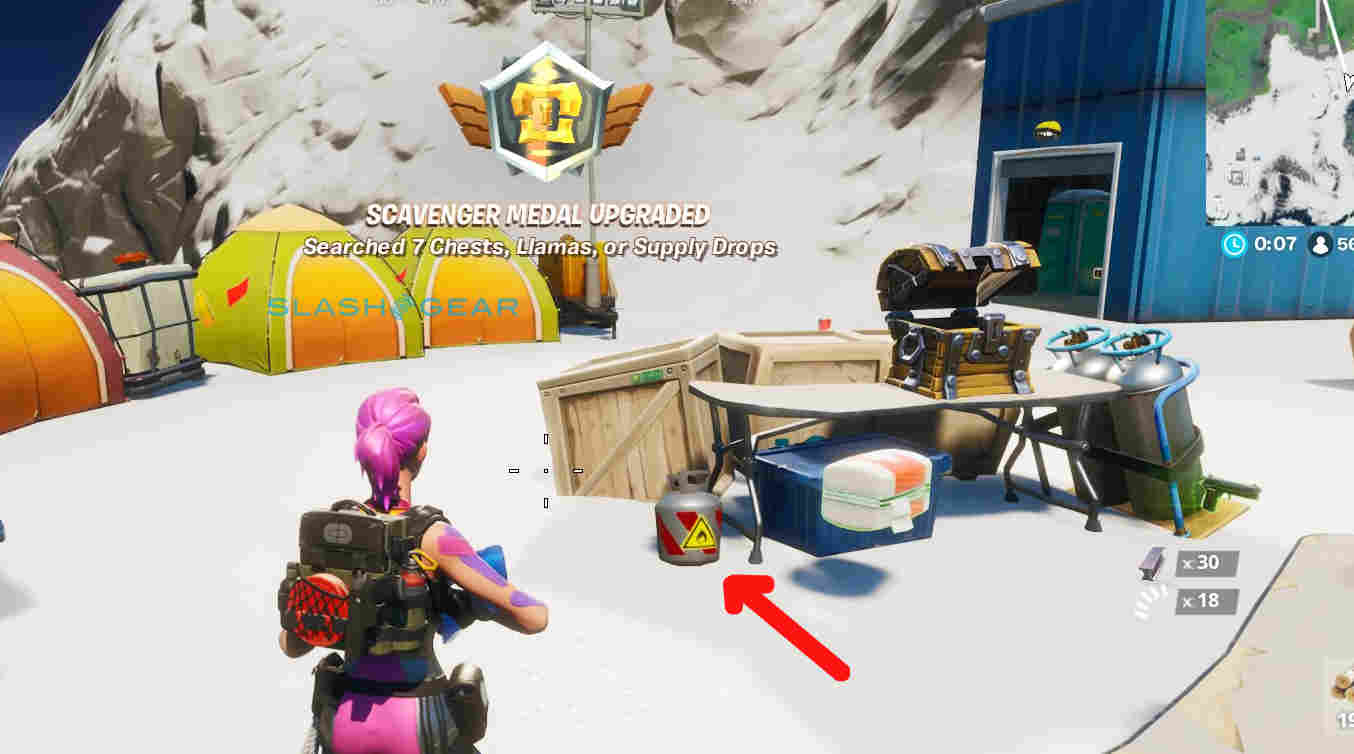 Be careful where you’re standing and what you’re smacking with your pickaxe. The new season of Fortnite has added explosive gas tanks and barrels. If you hit these with your ax, you’ll need to either finish destroying them quickly or run away before they explode. The same goes for shooting them, offering players a new strategy option: shoot a barrel near your opponent and it’ll function like a giant grenade. 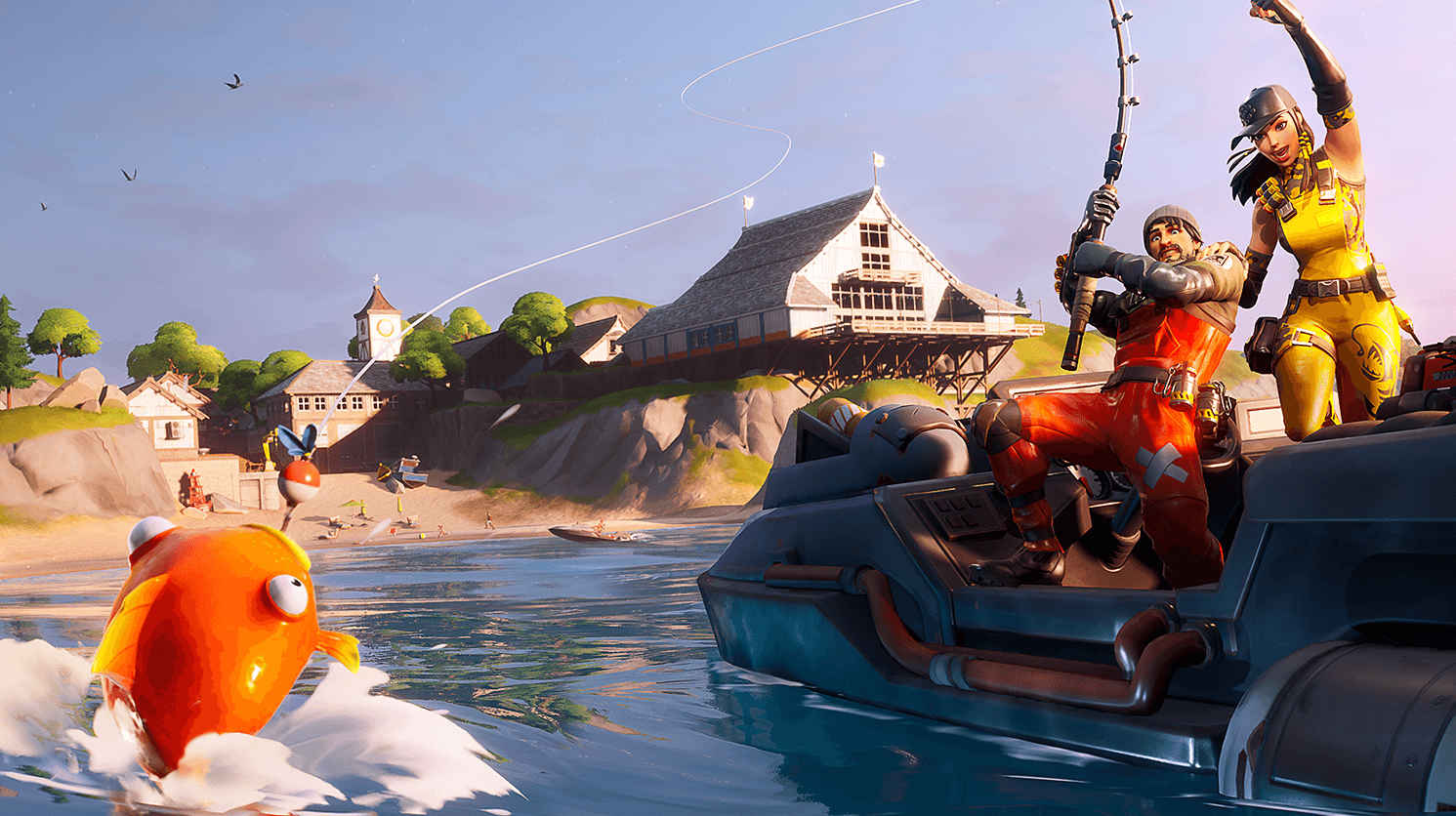 Remember when Epic added the ability to ping items and enemies in Fortnite shortly after Apex Legends — with its similar abilities — exploded on the scene? Well, now the company is back with another feature similar to one found in hit game Minecraft: Fishing.

As the game’s launch trailer shows, players can grab a fishing pole (they’re available in abundance) and use them to fish in any of the game’s many lakes and streams. Rewards include fish that give you health, ammo, materials, and maybe even some weapons if you’re lucky.

Don’t let this one catch you off guard. Players can now press a button to hide inside of open dumpsters and big piles of hay, giving them new ways to camp without the visibility of small bushes. Speaking of bushes, Fortnite is now full of very large shrubs where players can fully hide even while standing. Beware running through regions with dense shrubs — it’s easy to get ambushed.