Fortnite C2 Season 2: Five big changes you should know about

Finally, after four long months, Epic has released the next season in the second chapter of its hit game Fortnite. As players had hoped, this update was a major one, clocking in at around 7GB in size with changes to many aspects of the game, both big and small. If you’re just getting off school or work and planning to fire up Season 2, here are the biggest changes you should know about.

Fortnite C2 Season 2 has a spy theme as demonstrated by the trailer published below (this is the same video that plays when you sign into the game for the first time post-update). The game’s various updates, namely the two new locations and the Battle Pass/Challenges screen, closely follow this theme.

The Island has been taken over by covert operatives – members of Ghost and Shadow. Will you join the fight? pic.twitter.com/dmUiUyxWM2

The game retains all of its old Points of Interest (POIs), but has received five new ones, most of them small. These locations can be easily spotted by looking at the map — Epic has them greyed out with three question marks on top so that you can tell where you still need to visit. These five new locations are called: 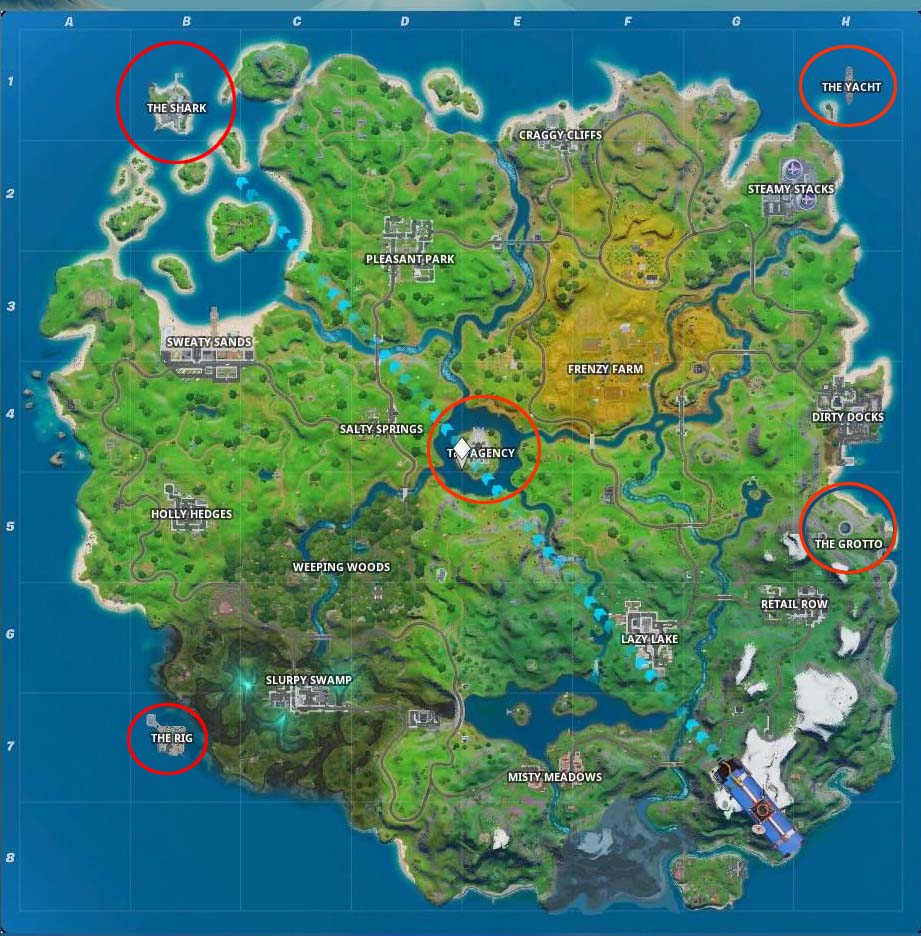 The Shark
The Yacht
The Agency
The Grotto
The Rig

Some of these new locations are filled with bots referred to as the ‘Henchmen.’ As with the Stroomtroopers we saw during the Star Wars crossover, these Henchmen are machine-operated and capable of chasing after you and shooting you on their own. One of the season’s initial challenges requires you to deal damage to these Henchmen.

You can find them on The Yacht near Steamy Stacks and at The Rig, which is the oil rig off the coast near Holly Hedges. The Henchmen aren’t present in Team Rumble mode, so keep that in mind when trying to complete challenges. 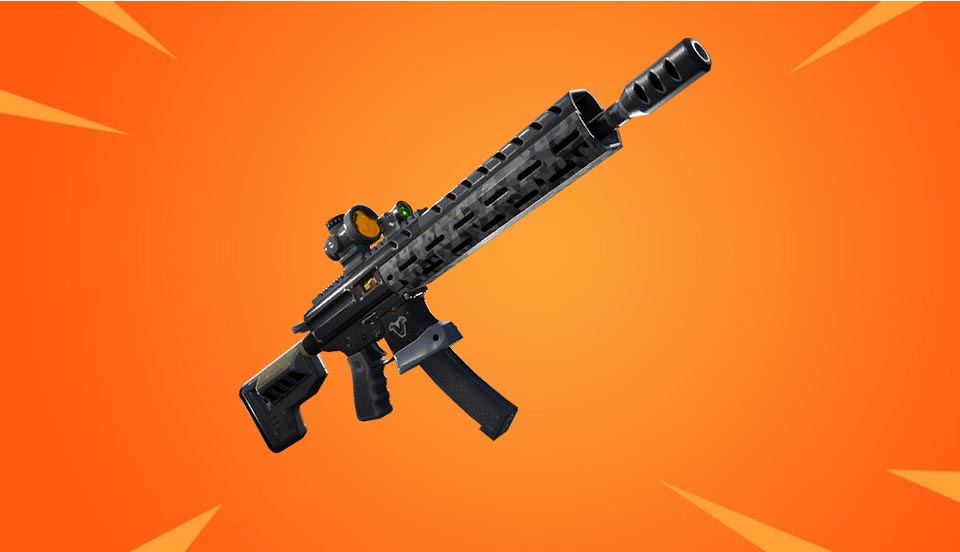 Epic has returned Remote Explosives and the Grappler to the game, two items that were previously available, but then vaulted. The Remote Explosives are by far the easiest to find and they work exactly the same as they did the first time around (as does the Grappler). A few other weapons have also reappeared, including the suppressed SMG, sniper, assault rifle, and pistol, the drum gun, boom bow, tactical assault rifle, and the heavy sniper rifle.

Yes, it has finally happened: as with the Bounce Pad before it, Epic has removed Traps from the game. The change was surprising considering how long this item has been available; many players have incorporated Traps as part of their game strategy, resulting in many complaints. However, some players have praised the removal of this item, claiming that it was too sneaky and ruined the experience. 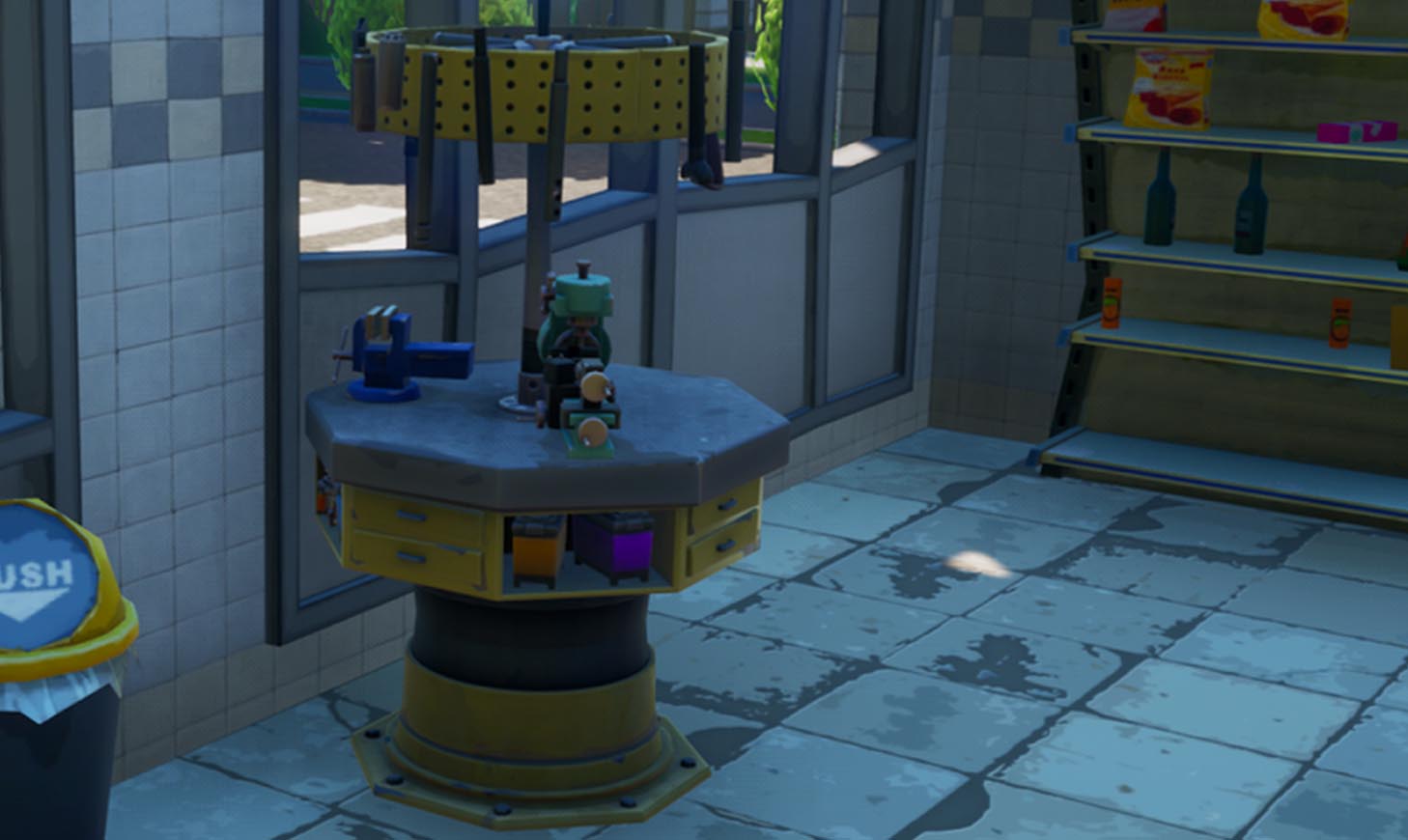 The upgrade stations remain available in Fortnite C2 Season 2, but they don’t quite work the same. In addition to no longer upgrading the SMG, these stations now take much longer to actually upgrade a weapon, meaning you won’t be able to spend your time harvesting, only to quickly level up all of your gear. 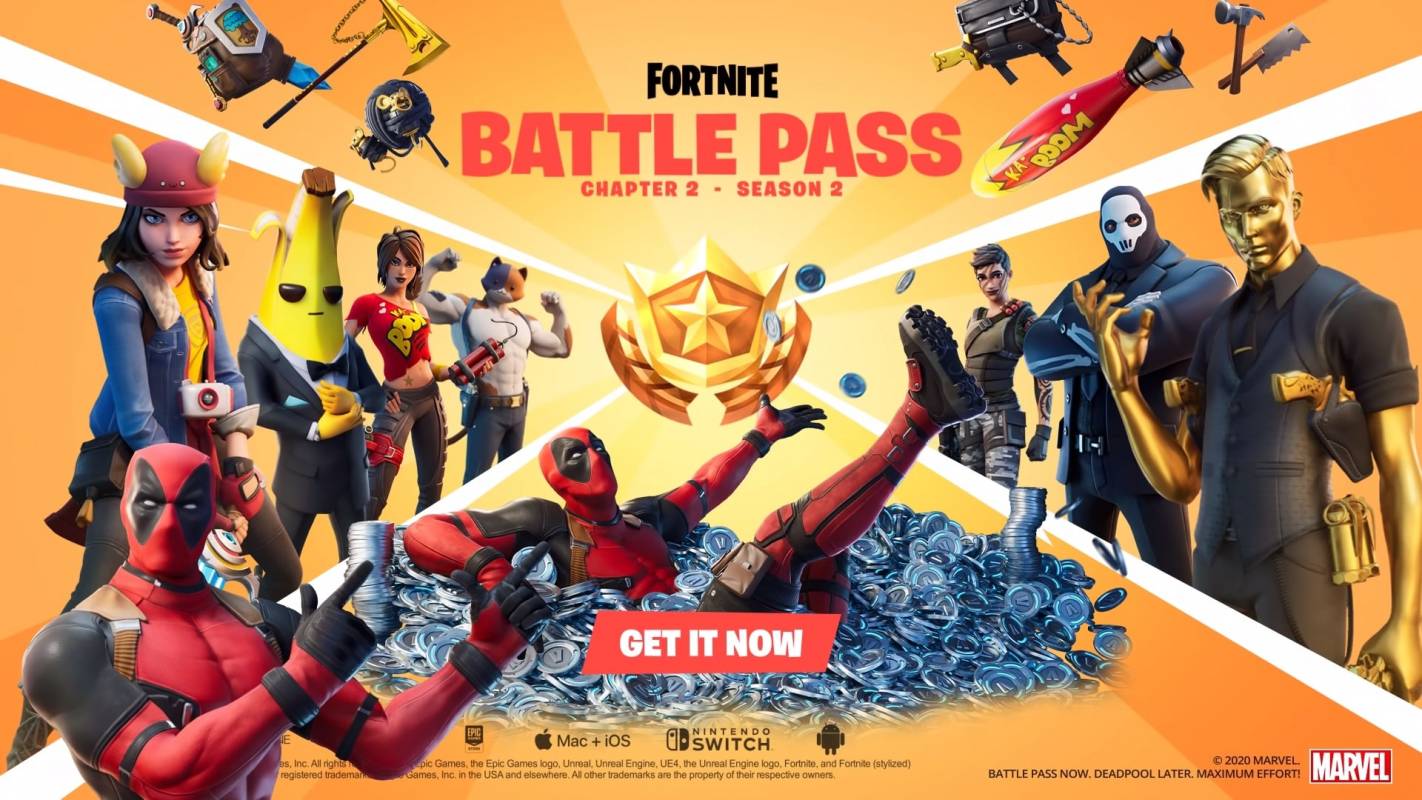 That’s right. The next big Fortnite crossover will involve Deadpool, a character that will at some point be available to purchase with V-Bucks from the game’s Item Shop. Teasers about the character can be found in the Season 2 trailer above.