So you’re the sort of person that buys odd things at auctions, and you’ve been called a hoarder, yes? Imagine one day that purchase of a bunch of old AMPEX Video Tapes turned out to be a valuable forgotten buy. That’s what happened to Gary George, a former NASA intern who in 1976 purchased a bunch of reels at a government auction.

NASA made a whoops

Back in 1976, NASA was selling tapes to “cut costs” according to George. He purchased more than 1,100 reels of this video tape for just under $220 USD.

In the years after his single purchase, George sold approximately 8 of the tapes for around $50 apiece to local television stations. They could be re-used and re-recorded over with future video content.

After having made his initial investment back a couple times over, George took to packing the tapes back up in his station wagon to deliver and donate to a local church. This was approximately three years after his initial purchase. 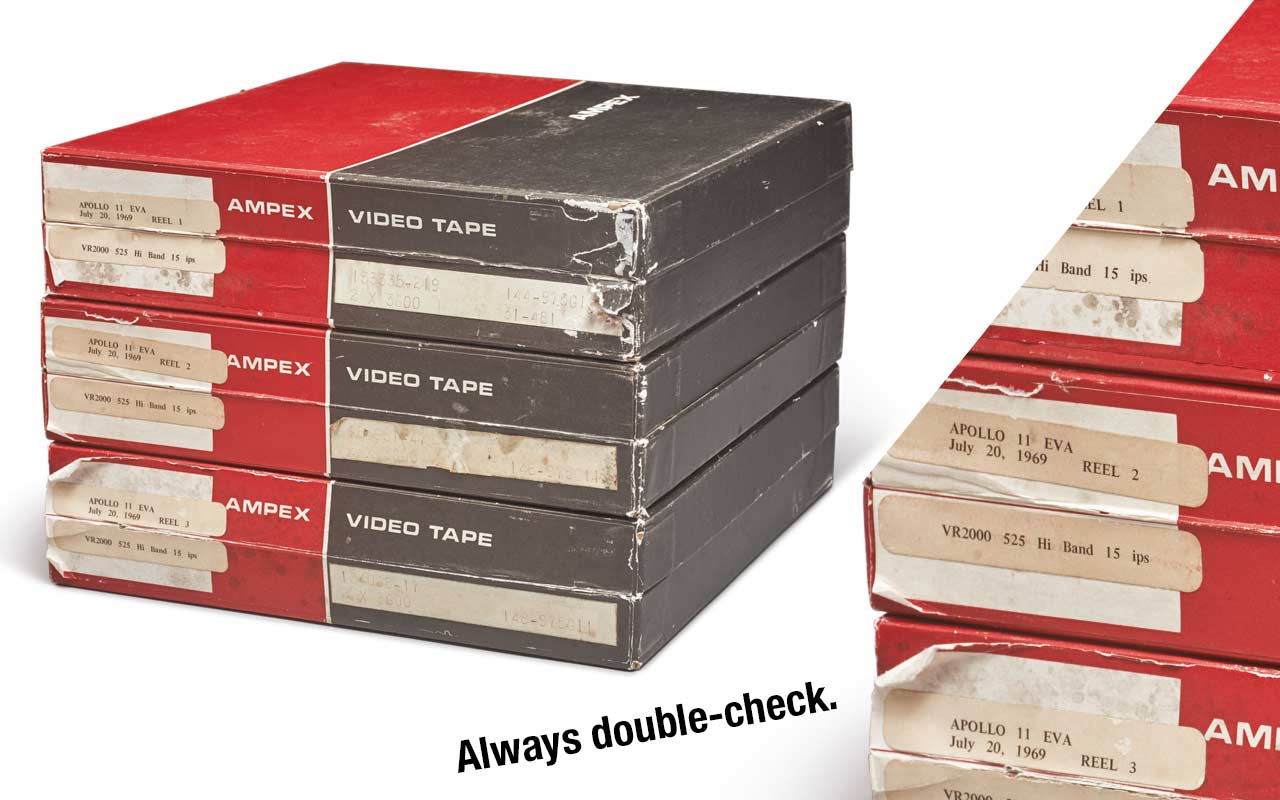 It was right around 1976 (or thereabouts) when George made his donation of most of his old tapes to a local church, but not before his father spotted a few tapes that he recommended George keep. “He was really into the space program and he said, ‘I think I’d hang onto those. They might be valuable someday,” said George in an interview with Reuters.

The tapes spotted by George’s father had the label “Apollo 11 EVA” printed on stickers on their sides. These tapes also had labels July 20, 1969, REEL 1, REEL 2, REEL 3. VR2000, 525 Hi Band 15 IPS. You can learn all you could possibly want to know about the exact specifications of these reels and the camera(s) that were used to produce them at Sotheby’s via the Internet Archive. NOTE: EVA stands for Extra-Vehicular Activity.

“So, for that very reason, I pulled them out and hauled them around the country for the next 43 years*,” said George. “That’s how come they survived.” 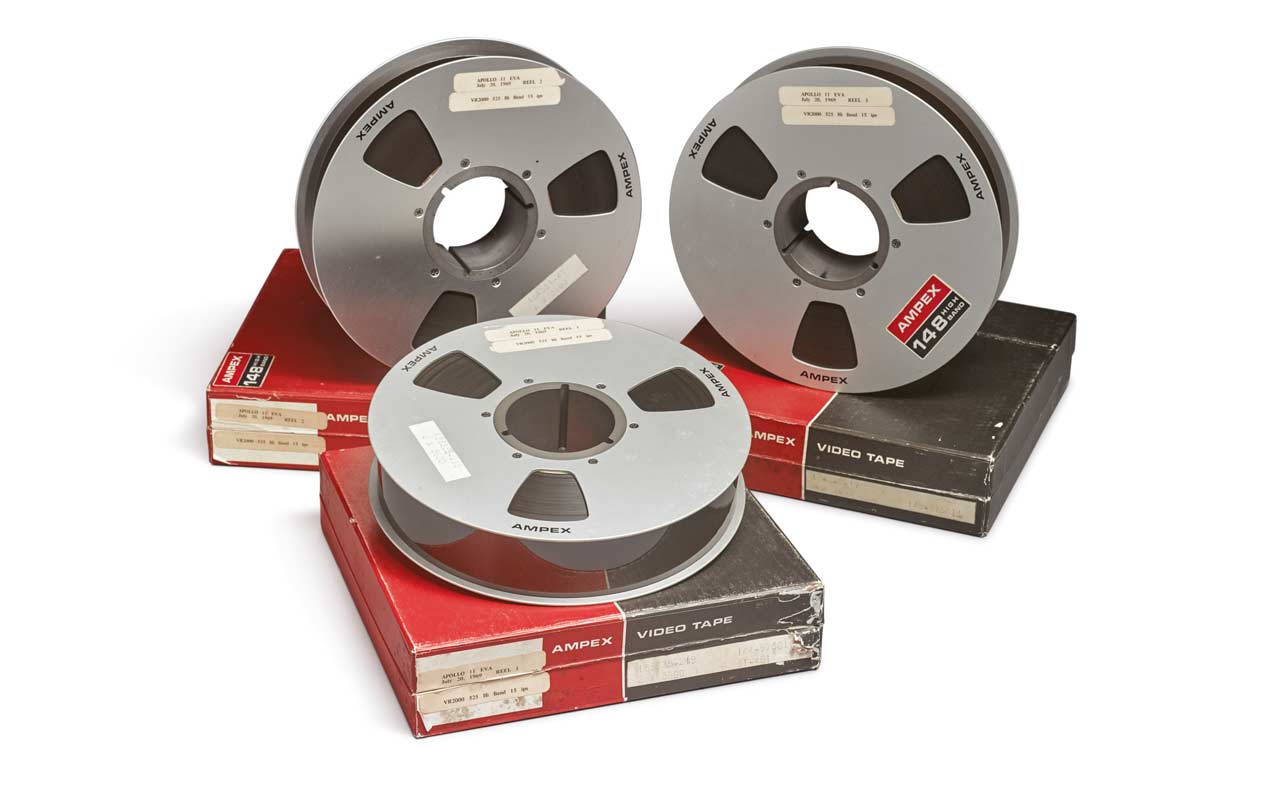 Well damn, I have those

It was the year 2008 when George was on vacation, visiting with a friend who’d currently been working at NASA. That friend was on a team tasked with finding a set of lost video tapes.

He said “It seems we’ve lost our original tapes of the Apollo 11 EVA,” recalled George. “Quite frankly, I was sitting at the table drinking a beer and I said, ‘Well damn, I have those,'” he said.

Once George realized what he had, he took flight to a studio in California that had some of the elder video equipment necessary to view the tapes. He then began negotiations with NASA to copy and digitize the contents of the reels.

PHOTOS/VIDEO: Photos above come courtesy of Sotheby’s. Same goes for the video shown below.

So not only did George play a significant part in the preservation of human history, he got that CASH, too! Take what you will in lessons from this situation – there are plenty to be had!

Above and below you’ll see some of the footage that was included in the tapes auctioned by Sotheby’s. The actual tapes themselves are shown, too – they’re the ones you see at the head of this article.

*DATE NOTE: You might’ve noticed at this point that the timing doesn’t really line up perfectly if George actually purchased the tapes in 1976, then “hauled them around the country for the next 43 years.” That’d make the trip last until 2019 – which is this year, not the point at which he discovered what he’d had in his hands.

The difference is made in the time between the point at which his re-discovery was made and the point at which they were essentially transferred from his ownership – that’s this year, 2019, when the Sotheby’s auction took place. So the haul happened for 43 years in TOTAL, not just up to the point where he mentioned he’d made the haul. Same difference!