As a self-proclaimed tablet addict, it’s easy for me to look at Apple’s recent announcement of the iPad Air 2 and get excited. After all, for a long time I’ve bought Apple’s slates (among others) and found some value in them each step of the way. I enjoy using my iPad mini on the road, but love to have the iPad Air in a bag when I’m traveling. Apple, Amazon, and Samsung have found a way to deliver great tablets that scratch an itch without too much trouble.

So, when Apple’s preorder day for the iPad Air 2 came and went, one might wonder whether I decided to make my move. The device comes with enhanced components, a slimmer design, and the ability to deliver even better performance than its predecessor. It’s an open-and-shut case for a tablet addict, right?

For the first time since Apple launched the iPad, I have decided that I won’t be buying the company’s latest slate. I find some components in the iPad Air 2 compelling and, in normal circumstances, I would gladly plunk down some cash for the new slate. But there is one thing that’s holding me back and making me think twice about spending money on Apple’s iPad Air 2: the iPad Pro.

Now, I know that at this point, the iPad Pro is vaporware and some say that it will never make its way to store shelves. An increasing number of analysts, industry handicappers, and rumors out of China, however, suggest that the 12.9-inch iPad Pro will be launching sooner rather than later.

In fact, one of the more recent reports suggested that Apple had every intention of ramping up production on the device later this year, but demand for the iPhone 6 Plus has pushed it back to early 2015.

Whatever the case, I think all reliable signs point to the launch of the iPad Pro early next year, and I’m willing to wait until that happens to get my hands on the device. 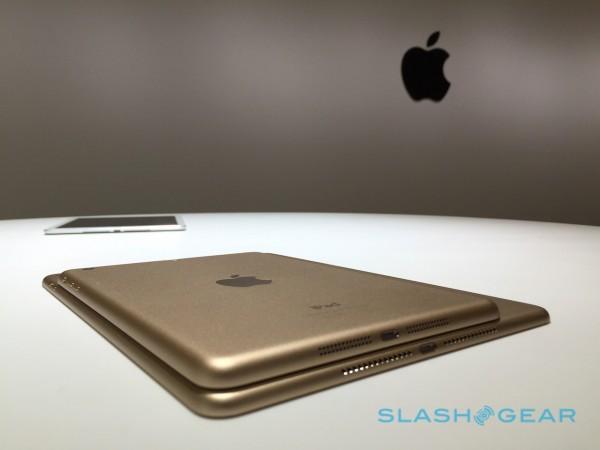 Since the iPad launched in 2010, I’ve grown accustomed to Apple’s 9.7-inch screen. I think it’s a nice size to do almost anything and given its success to this point, clearly many agree.

However, I love larger screens. The more screen real estate I can get my hands on, the better. And while some would argue that a 12.9-inch screen would be too big for a tablet, I say it could be perfect. It could replace my lightweight notebook, it could deliver even better visuals, and it would be an ideal gaming device. All around, the iPad Pro seems like a winner.

So, for the first time since the iPad launched, I’m willing to let this one slide. The iPad Air 2 might be nice in its own right, but it’s not an ideal solution for me at the moment. That ideal solution is the iPad Pro. And at the risk of making an incorrect prediction, I think that device is launching early next year. And I’ll be one of the first in line to pick one up.