A lot of the discussion going on at during Ford‘s Trends conference today has been amount smart devices and how they can all integrate and communicate with one another. During a panel discussion, Ford’s John Viera and Andrew Hoffman of the University of Michigan discussed what the future might bring as far as smart devices are concerned, as well as general innovations.

Vieta discussed how, some day, multiple smart devices in the home could be interconnected to automate practically every part of our lives, and Ford is even partnered up with companies like Whirlpool to bring smart device integration to hot tubs and other appliances. Vieta says that these devices can be so smart, that they’ll know when energy costs are the lowest and take advantage of that when powering and charging various appliances.

Other examples include your home thermostat and even your car integrated with each other, so if you leave the house, your car will let your house know that you left, and the thermostat will automatically go into energy-saving mode while you’re away. All of this integration and interconnectivity with smart devices could save 60% in energy costs, according to Vieta. 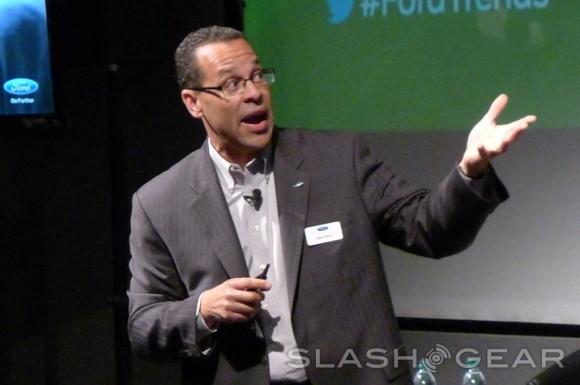 Vieta also says that if every household in the US took advantage of this technology, the energy saved would equate to the energy used in 32 million households, which is the number of homes in California, New York, and Texas combined.

University of Michigan’s Andrew Hoffman says that as far as future innovations, the kind of growth of new inventions and innovations will dwarf that of the innovations made in the 1900s, including plumbing, electricity, automobiles, flight, and space flight. What will we see in the 2000s? It’s hard to say, but we could finally see a man go to Mars; see self-driving cars everywhere; and as mentioned, advancement in automated smart devices. However, it’s always tough to predict exactly what will come about in the world, as I’m sure at one point no one ever thought we’d be able to travel into space.