Ford has supported various charities for a long time, often donating customized automobiles to be auctioned off. Each year Ford offers a customized car for the AirVenture charity, and typically that car is a Ford Mustang of some sort with a big V8 engine under the hood. This year, the car Ford is donating to the charity is a different kind of Mustang.

Ford has revealed the customized electric 2021 Mustang Mach-E that will be auctioned off this year. The vehicle was built to honor the sacrifices of Women Air Force Service Pilots. The special Mach-E is inspired by the female volunteer pilots and the planes they flew during World War II.

Proceeds from the vehicle auction support the EAA initiative to provide young women and underserved youths more access to careers in the aviation industry. Ford notes that it has worked with AirVenture for more than two decades and has donated 12 custom aviation-themed performance vehicles so far, raising a total of more than $4 million. 2021 marks the first year Ford has donated an electric vehicle.

The custom Mach-E was designed by Ford and has a custom paint scheme with military badging inspired by the warplanes the volunteers flew. Women Air Force Service Pilots flew almost every type of military aircraft in World War II as they rolled off the factory floor after assembly. Ford put badges, including the US Army Air Force star on both sides, wings logos on the hood and fender, and No. 38 on the front fascia, rear bumper, and inside the cabin. 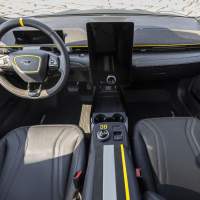 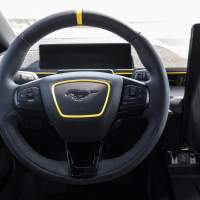 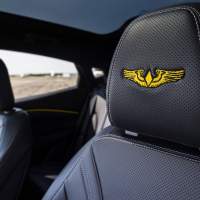 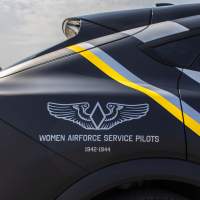 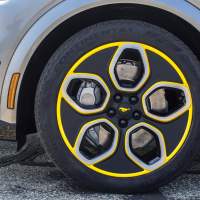 That number represents the 38 volunteers who died serving their country. Women Air Force Service Pilots are a group of American volunteers who transported warplanes to US Army bases worldwide to be used in combat. The female pilots flew more than 60 million miles during the war and weren’t recognized as active military personnel until 1977 when the pilots were granted retroactive military status.