Ford CEO Alan Mulally took the stage today during the opening presentation of the company’s Further with Ford conference and answered questions about going green and electric vehicles. As for what Ford has planned for its future, Mulally says that the company is “really committed” to electric and hybrid vehicles, as well as alternative fuels.

Mulally says that once the price and the weight of batteries go down, Ford will focus more on all-electric vehicles, but as it stands, the company really wants to push their hybrid offerings, including their C-MAX, Fusion, Escape, etc. 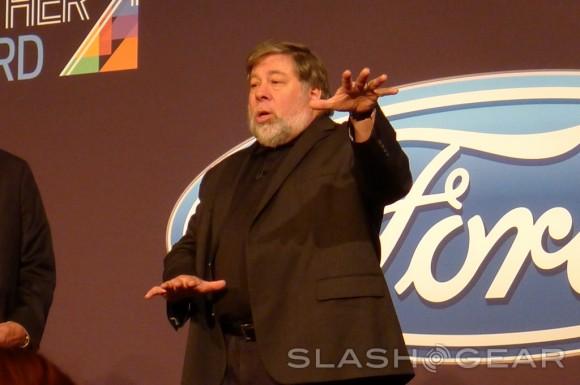 Apple co-founder Steve Wozniak also joined the stage to talk about electric vehicles. He says he’s really excited about the future of electric cars, but as expected, there’s still a lot of work to be done to make them more mainstream, as well as more efficient. Specifically, Woz says that “we have to change how we produce electricity” in the first place, since the making of electric cars in factories still uses up emissions. However, it seems Ford is looking forward to the future they have planned and have some big ideas on electric vehicles.