Police officers often use this same tactic today by finding a hiding spot to catch speeders or people breaking other traffic laws. The patent application that Ford has filed with the US Patent and Trademark Office stipulates that the tech could be used “in lieu of or in addition to human police officers.” 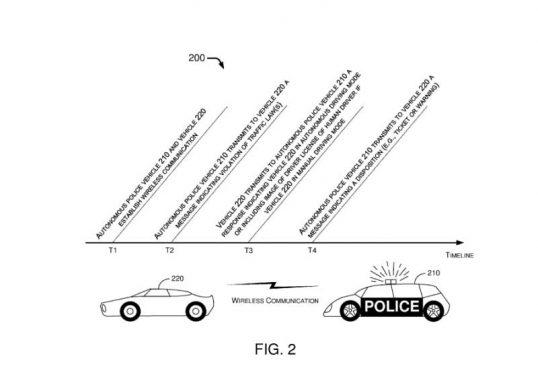 I rather thought that the thing with autonomous autos is that they would be unable to break traffic laws like speeding. The system also appears to show the police vehicle sending digital notification of a ticket or a warning.

Naturally, a patent application certainly doesn’t mean that the tech described in the patent will ever come to be. It does show a future where The Man can still pop out of nowhere and write you a ticket.