The 2022 Ford Maverick hybrid is set to be even more frugal than the automaker first promised, with the pickup on track to best the already-impressive 40 mpg rating initially announced. While the US EPA is yet to finally certify the Maverick hybrid, Ford said today that its EPA-estimated rating will be 42 mpg in the city.

On the highway, Ford says, it’s expecting 33 mpg from the truck, and a combined rating of 37 mpg. On a single tank of gas, that works out to 500+ miles of driving.

It’s an impressive achievement by Ford, which had already set expectations high for the 2022 Maverick. The smallest pickup in the automaker’s line-up comes as standard with a mild hybrid drivetrain, pairing a 2.5-liter Atkinson four-cylinder gas engine with an electric motor and a small battery. The latter is tucked away under the rear bench seating

With a $19,995 (plus destination) sticker price for the cheapest new Maverick, Ford’s promise of 40 mpg came as even more of a surprise. The warning, of course, was that the figures could change between announcement and release, but today they’ve gone up instead of down. 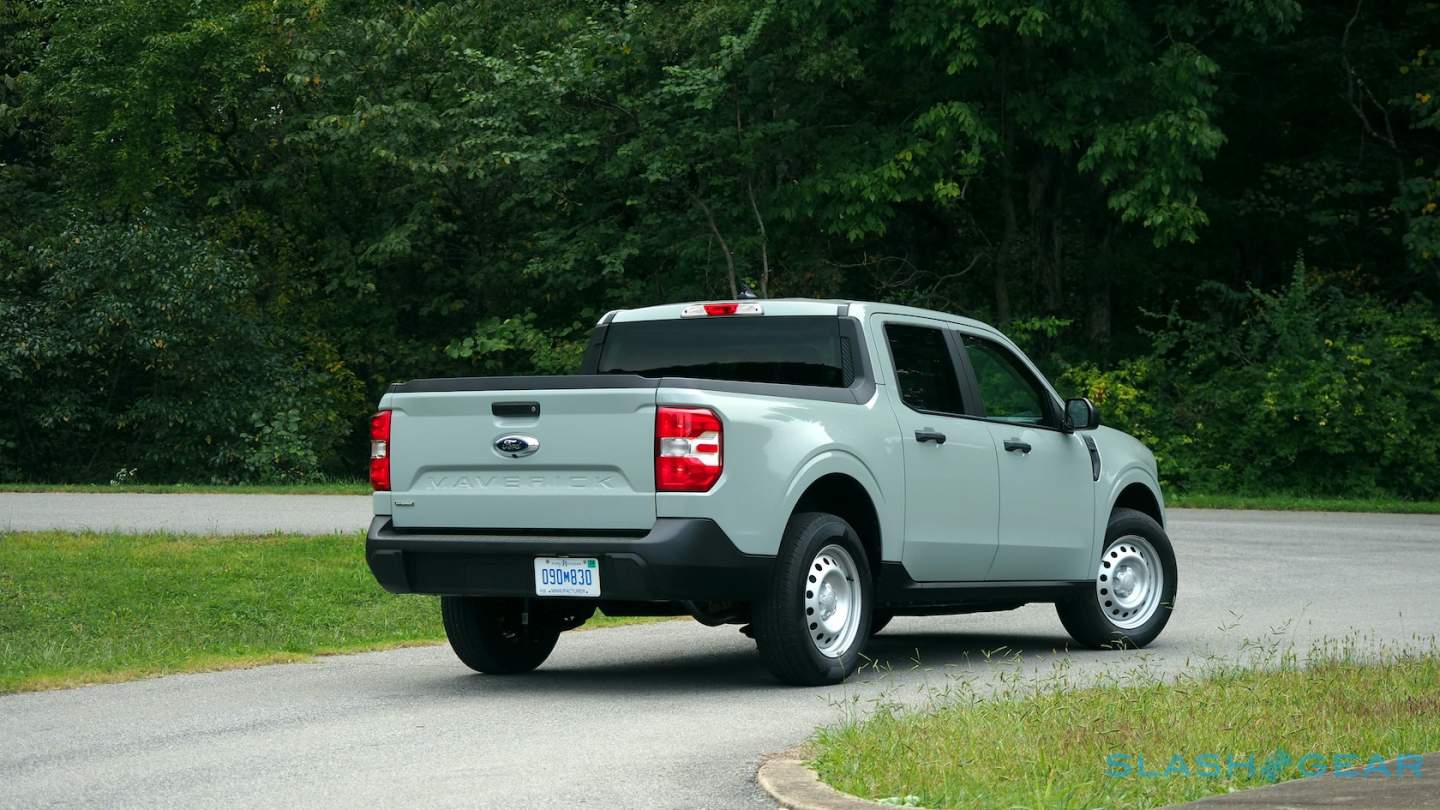 Signs, though, did point in that direction. When we tested the 2022 Maverick earlier this month, it proved more than capable of delivering in excess of Ford’s suggested economy. Even with 1,000 pounds of cargo in the bed, the pickup managed 40 mpg on the dot.

Production of the Maverick hybrid is set to begin in December, with the first customer deliveries in January 2022. By then, final EPA numbers should’ve been granted. Those who actually want a 2022 model year hybrid truck will find their window for ordering shrinking fast; Ford says that it’s on track to see the entire 2022 model year production fully reserved by early November.

Both hybrid and non-hybrid trucks are rated for up to 1,500 pounds of payload and 2,000 pounds of towing. With the 4K Tow Package fitted, the EcoBoost doubles the latter rating to 4,000 pounds.