We can’t yet pop a tablet to get our daily nutritional needs, but a future where food is select on a touchscreen and then printed out from ingredients capsules is looking more likely than ever. Foodini is a 3D printer that does just that, and its maker Natural Machines recently showed it off at the Web Summit in Dublin. The device first made its debut via a failed Kickstarter project, but that didn’t stop the maker from moving forward, and it is already looking toward it second version.

The 3D printer will be available in limited quantities by the end of next month, and will enter mass production shortly after in 2015. The price tag will be approximately $1300 USD, making it affordable enough for interested consumers but making it too pricey for those only curious about the novelty. 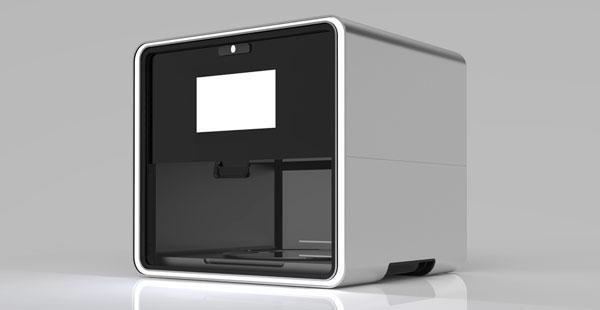 The Foodini is described as a kitchen appliance, and it removes the time-consuming hassle of manually mixing and making a meal from scratch. At this point in its design, the 3D printer prints meals using pre-assembled ingredients, which the users then cooks. In the next model, however, it may contain an integrated cooking functionality that ultimately results in a nearly completely hands-off meal.

Natural Machines is said to be working alongside manufacturers to get pre-filled food capsules produced, which would eventually mean the average person — owning the appliance — could buy a box of capsules for a meal and have the printer do the rest, rather than buying ingredients for a meal and then making it manually.