Foldable laptops: What would you do with two times more screen?

Laptops have a new look for the new decade. CES 2020 introduced us to a handful of new foldable laptops. And yes, while laptops already fold, many of these concepts feature bending screens or dual-screen devices held together with a hinge. We really should’ve seen this coming, given the rise of folding phones in 2019.

Folding devices provide a whole new range of methods to interact with our screens. It fits a larger screen on a smaller chassis. Now that we can carry laptops with screens the size of desktop monitors on the go, here’s how we could be using them to its fullest. Much of this remains speculation, as developers still need to update Windows 10 and other platforms to use on larger, folding screens. But there is plenty to look forward to. 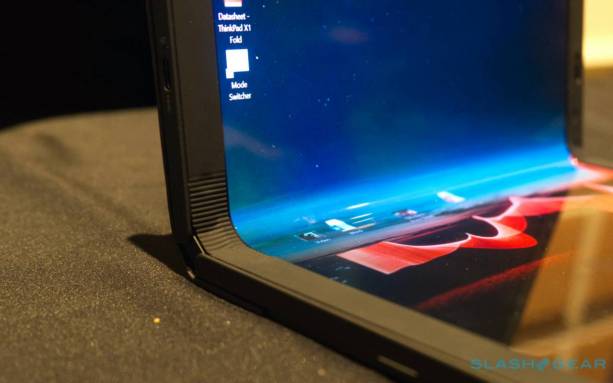 Dell made most of the headlines when it came to foldable laptops, with the reveal of the Dell Duet and Ori. Duet is similar in concept the Microsoft Surface Duo/Neo, except the Duet has two 13.4-inch FHD screens held together with a sturdy hinge like a traditional laptop. Ori, like “Origami” because it folds, is a Samsung Galaxy Fold-like laptop that packs an approximately 13-inch screen.

Lenovo also announced its foldable PC, the ThinkPad X1. It looks similar to the Dell Ori, and can similarly sit at any angle, much like a laptop. These aren’t the worlds first folding laptops, but they are the latest models that are getting the tech world buzzing. 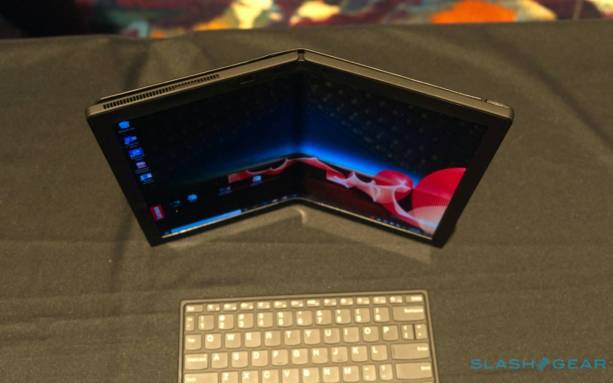 Presenters will know how difficult it is to present with a laptop. It’s too chunky and unergonomic to be carried on stage so it has to be put on a surface. Dual screens and foldable laptops mean you can interact with your laptop vertically. The fold offers an ergonomic grip for users to hold while on stage, or while travelling or reading. This could very well change the game for laptops and tablets alike.

Double screens also allow text to flow from one to another when you use them in tandem. It fills up your view with more content, which could be a more comfortable and natural read for users.

Now how about a monitor mode? Imagine having a kickstand to prop up the screen, much like a desktop monitor, using an external keyboard and mouse to make it a portable, wide-screen computer. 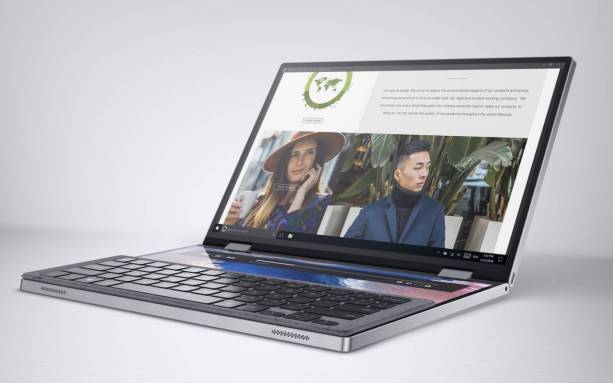 The ASUS ZenBook Pro Duo, which launched in 2019, offers an idea of how useful an ultra-large and dynamic mousepad could be for productivity. Users can drag widgets, windows and other apps down to the bottom. More real estate is freed up on the main screen and users and see more at once.

The ZenBook gives a glimpse of how this could work on a foldable laptop. According to demos of the Dell Duet, buyers can get a keyboard attachment to lay over the one of the screens, turning it into a traditional laptop. Attach the keyboard to the bottom half the screen and you have a setup just like the ZenBook. But you also have the option to slide the keyboard upwards, with the remaining screen resembling a traditional touchpad. 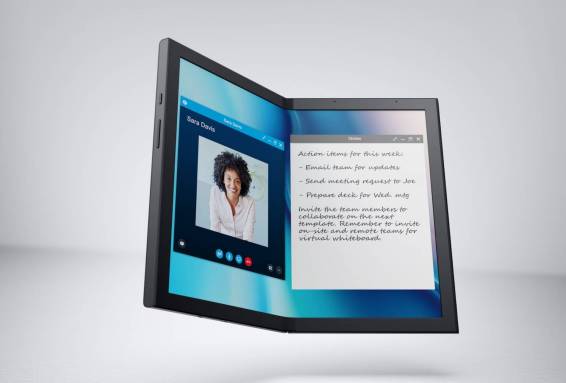 More screen space means more items can be displayed at once. You have two clear halves to operate, playing videos on one while doing work on the other. It could also be very useful for referencing, with PDFs or text on one to refer to while you type or draw on the other.

What are we waiting for? 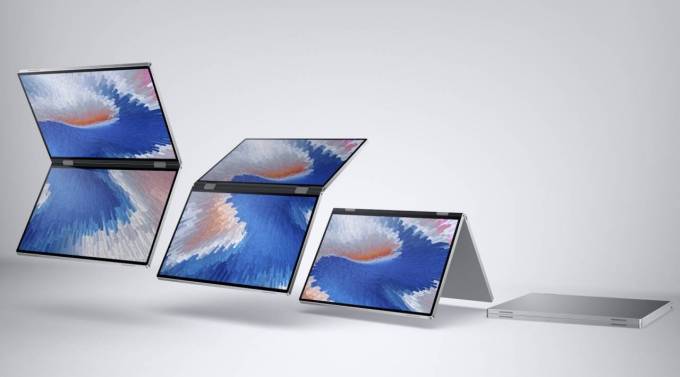 Bringing us back down to Earth, these laptops are just concepts. Neither manufacturers have given details of specs and we don’t know when these will be ready. They’re clearly testing the grounds with consumers and gearing up developers to begin working on betas and apps.

Microsoft are working on new software for dual and foldable screen with a Windows 10X update, updating apps and the user interface for these new platforms. It also means there is more incentive for manufacturers can come on board with their own foldable devices.

And while software catches up, these laptops will need to launch well to make its mark. The Galaxy Fold launched with plenty of problems that took a miracle of public relations to get back on its feet. Hopefully the launch of folding laptops comes polished and smooth, bringing more people on board and incentivising innovation and bigger ideas.