Flir One Case adds thermal vision to the iPhone

Of all the smartphones on the market, you can count on finding accessories for just about every need for the iPhone. A new case has turned up at CES 2014 for the iPhone from Flir. Flir is the company that makes all sorts of thermal cameras and other hardware.

The new iPhone case is called the Flir One and it is designed for the iPhone 5 or 5S. With the case attached to the smartphone, the iPhone becomes a thermal imaging camera. The Flir One case allows you to see the heat signatures of people and animals from up to 100 meters away. 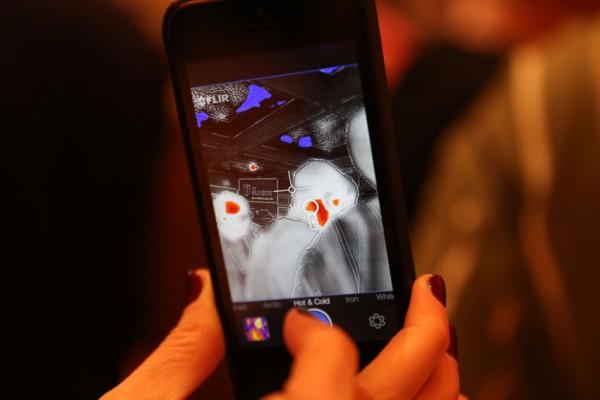 The camera will also show heat from things inside walls like heat ducts and gaps in a wall. The Flir One case is $350 making it much cheaper than the next cheapest thermal camera on the market. The camera sounds like some sort of tool out of science fiction.

It is said to be capable of picking up the heat left behind by a person on the floor after they walk by. Potential uses for the Flir One case include finding thermal leaks in your home or water leaks behind walls among other things. I could see this device being useful for hunters as well.