A new sort of fitness tracker appeared in a leak this week, one that you might recognize. Fitbit became one of the biggest names in fitness tracking wearables due to its sustained presence in the market and relatively reasonably priced gadgets matched with usable software. Now, with a device called Fitbix Luxe, they might well have created a wearable that’s able to compete directly with the traditional wristwatch.

The biggest difference between earlier versions of the Fitbit wearable fitness tracker and the Fitbit Luxe is the housing. Instead of plastic, this new Fitbit Luxe is said to roll with metal. One of what’s likely a set of different options for housings is stainless steel – in a variety of colors.

Per the leak at WinFuture, this new wearable will work with an OLED display and an ever-so-slightly different shape in its overall design execution. Leaked imagery of the line shows three versions of the device, one each in black, pink, and white. The white band version appears to have a gold color housing. Black seems to have a black housing – possibly gunmetal black, while the pink band version looks like it’s working with a standard stainless steel housing. 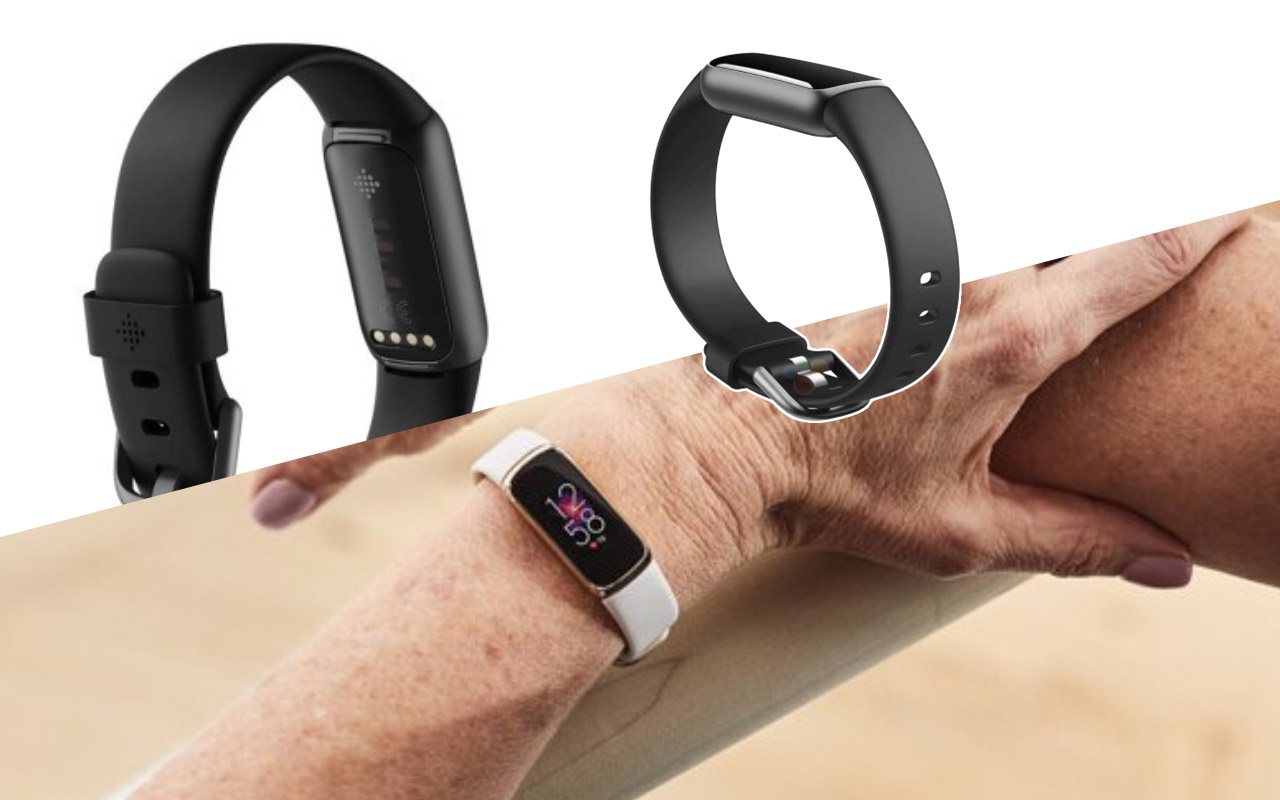 UPDATE: The names appear to be black (just black), platinum / orchid (that’s the pink), and “soft gold” with white. It’s expected that the devices will be waterproof (for swim tracking), and that it’ll work with built-in heart rate monitor and motion tracking.

The Fitbit Luxe will almost certainly be the most expensive Fitbit device to date. We do not yet know the exact price of the device series or the release date for Fitbit Luxe. It’s likely that the device will be revealed at a Fitbit event in the next few weeks – we shall see!