A set of photos and/or movie snips from Star Wars: Rogue One have been shared this morning by Lucasfilm. The folks responsible for this film have worked with EW to present this first collection of photos, and we’re here to explain the lot. Have a peek, and remember that this doll is going to be more important than basically any other stormtrooper in the film

That’s a Deathtrooper patrolling a sparcely populated landscape with a wet climate. He’s found a doll. A doll that looks an awful lot like a standard stormtrooper. According to Lucasfilm 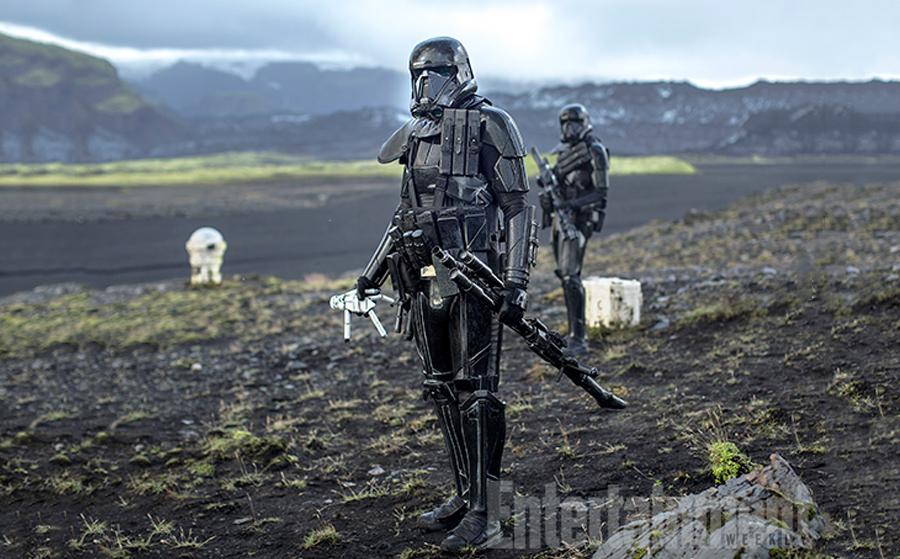 These images were shot by Jonathan Olley, photographer known for his work on The Hurt Locker and Zero Dark Thirty. Needless to say – or remind you – this is a war film. More about the wars than the stars.

We knew we were going tropical with this next film thanks to some beach action in the first teaser trailer.

Trees! Rocks! Some sorts of places we’ve never been before – at least never in the main film series. 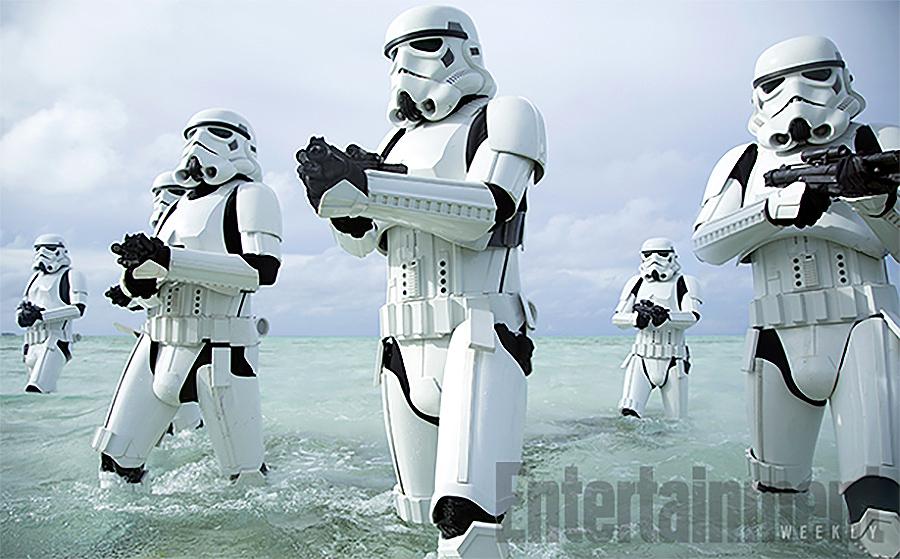 Here we’ve got some classic stormtroopers walking up towards what we must assume is a beach.

Remember that this film takes place immediately before Star Wars: A New Hope, so these are literally the same sorts of stormtroopers you see throughout the first trilogy of films.

They’ll be fighting alongside the Deathtroopers you see here, all in black. 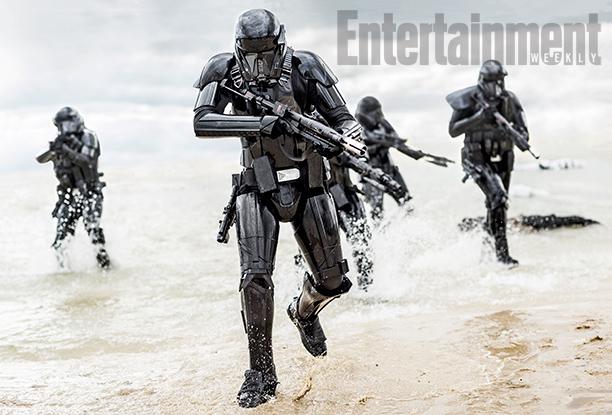 Next you’ll see a fellow wearing an imperial symbol not in support of the Empire, but more than likely because he’s either wearing a disguise or just never ripped the symbol off the jacket he wears out of necessity. 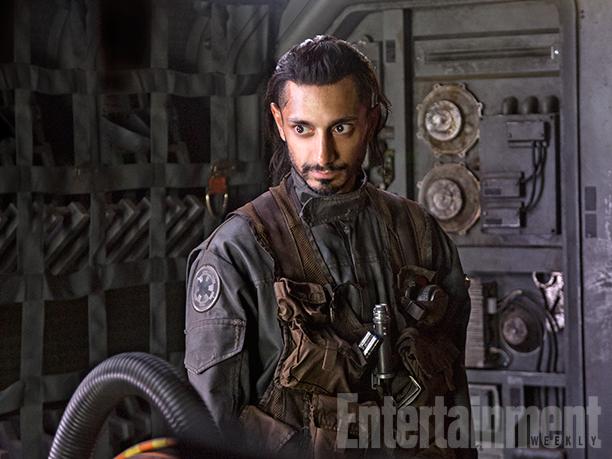 This is a rebel pilot by the name of Bodhi Rook. According to Kathleen Kennedy, “he flies a lot of cargo, one of his key jobs. … And he tends to be a little tense, a little volatile, but everybody in the group really relies on his technical skills.”

Sound like any scruffy looking nerf herders you know? 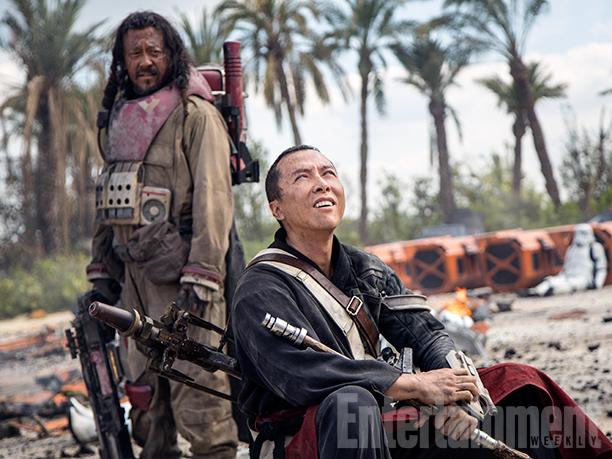 And of course Jyn Erso. We’ve seen this image near the end of the first teaser trailer, but this is an ever-so-slightly different angle on the situation. 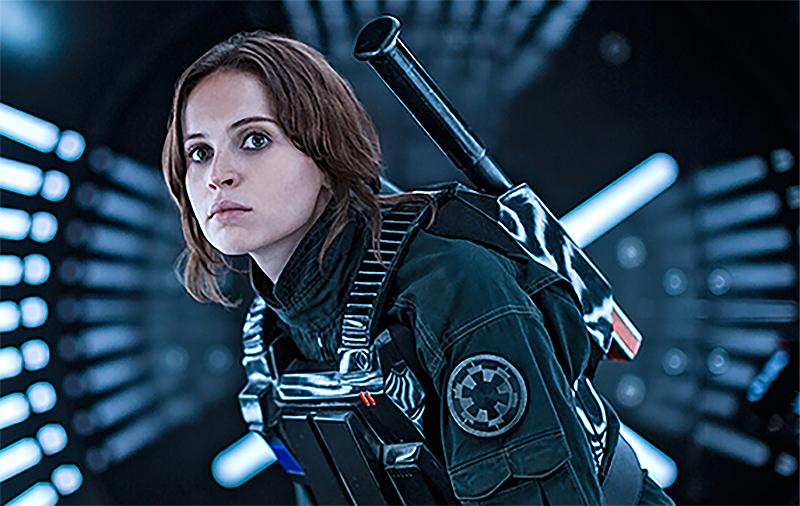 Have a peek at the teaser trailer for Star Wars Rogue One below, and hit the timeline below that for more information on all the most interesting Star Wars characters both new and old, here on SlashGear!